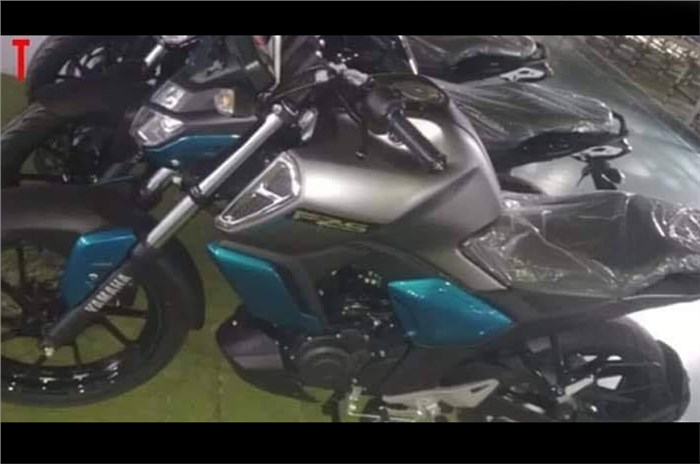 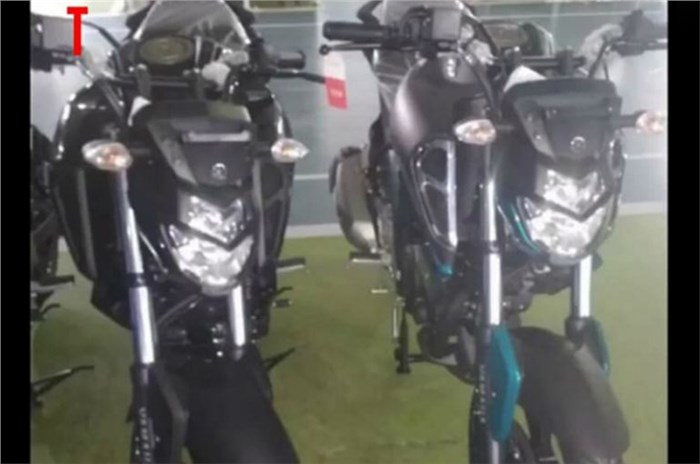 A frontal spy image of the production-spec bike reveals changes over the current model.

Yamaha launched the second generation of the FZ16 over four years ago. The FZ FI V2.0 got a smaller engine with fuel injection and has received no other significant upgrades since, apart from the addition of a rear disc. However, a fully camouflaged bike that appeared to be the next-gen FZ was spotted testing back in October 2018. Speculations of the model can now be confirmed after the production-spec, undisguised bike was spotted at what seems like a dealership or warehouse.

The bike's facelift retains the sharp, muscular profile of the FZ, albeit with wider bodywork on the fuel tank. Although this does not necessarily mean that a larger fuel tank sits beneath. The front end of the tank sports an air-vent-like grille structure, which is likely only an aesthetic addition, rather than a functional one.

The new bike is expected to sport the single-seat design seen on the test mule, unlike the spilt seats on the FZ FI V2.0. The alloy wheels are also different, and look like the ones currently in use on the FZ25. The update also brings the addition of ABS, seen on the front wheel. The rear of the bike isn’t visible, so we’re unsure if Yamaha has equipped the rear with ABS as well, like they recently did on the R15 v3.0.

Mechanically, it is unlikely that the bike will receive an upgrade. The engine cases on the test mule spotted earlier were similar to the ones seen on the current bike. That being said, the FZ-S FI is the least powerful bike in its class; so we do hope that the upcoming bike sees an improvement in the performance department.

Earlier, Yamaha announced a product launch scheduled for Jan 21, 2019. Could this be a new product for the country in the form of the MT-15? Or could the next-gen FZ-S be the bike they’re unveiling? We’ll know soon enough.