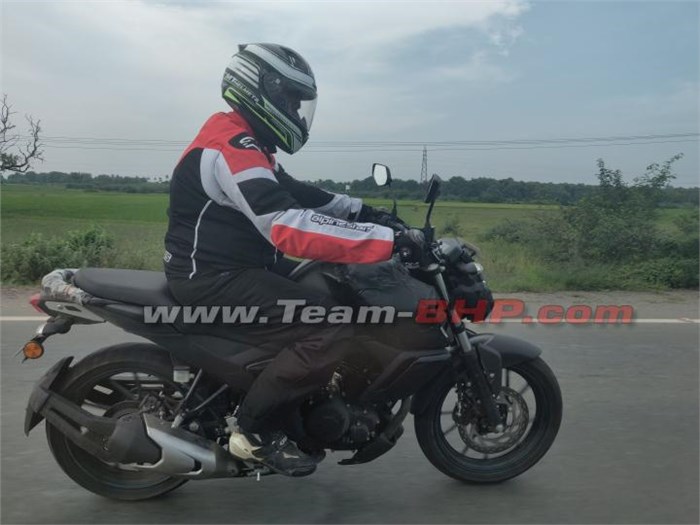 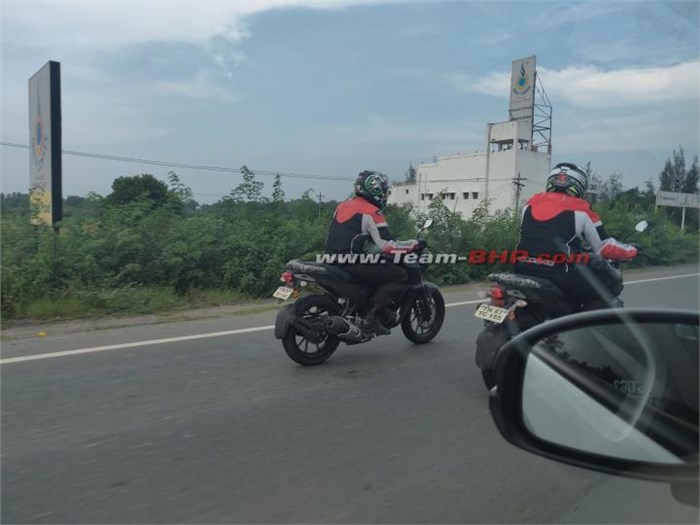 It’s been over four years since Yamaha launched the second generation of the FZ16. In 2014, the FZ got a smaller 149cc engine with fuel injection and it was renamed the FZ FI v2.0. That bike has been on sale largely unchanged since, apart from the occasional new colour scheme and the addition of a rear disc brake.

The time is right for the next gen FZ to emerge and it appears be on course for a 2019 launch, going by these spy images. The two bikes that were spotted were quite camouflaged, but there are many giveaways into what the next gen FZ will be like.  For starters, the FZ will keep its muscular profile, but it will feature heavily revised bodywork. The fuel tank appears to retain its chunky shape, but there’s a good chance that under all that black tape resides a modified design.

What is clear to see are the new shrouds along the side. These can’t really be called radiator shrouds because the engine still appears to be air-cooled (the images don’t reveal whether there’s now an oil cooler). These shrouds are larger than before and cover much of the cylinder area of the engine. They also appear to use a layered design, similar to what we’ve seen on the new R15 v3.0 fairing.

Further along the side, you’ll notice a tiny belly pan, but the bigger change comes in the move from split seats on the current FZ FI to a single seat on the test mule. The plastic bodywork under the seat and towards the rear also appears different and we could be looking at a different set of grab rails as well, although these are heavily masked, so we can’t be sure.

What is clear is that the alloy wheels are new and are probably borrowed from the R15 v3.0. The exhaust end can also gets a new look, one that is more in line with the chunky unit on the original FZ16, than the slimmer muffler on the FZ FI. It also appears that the front disc brake is different and we could be looking at a slightly larger unit for better braking performance. Finally, the tail lamp and its metal holder appear to be identical to the current bike.

So that’s what we can tell from the spy pictures, but there are some educated guesses that can be made as well. For starters, the headlamp unit appears to be a different shape under all that masking, and its highly likely that this will be an LED unit. Hopefully, it will be a better performer than the highly disappointing headlight on the FZ25. Another safe assumption to make is that this bike will feature ABS, although it is probably going to be a single channel unit to keep the cost down.

What about the engine? Well, the engine cases on the test bike appear very similar to the current FZ FI, but we do hope to see a bump in power and torque. The current FZ FI is the lightest bike in its class, but it’s also the least powerful, especially when compared with the likes of the Honda CB Hornet 160R and the new TVS Apache RTR 160 4V. More performance would be very welcome. The five-speed is likely to continue.

The new FZ FI V3.0 can’t come soon enough. The current bike has been around for quite a while and as we reported earlier, one of its direct rivals, the impressive Suzuki Gixxer is also due for an upgrade in 2019.