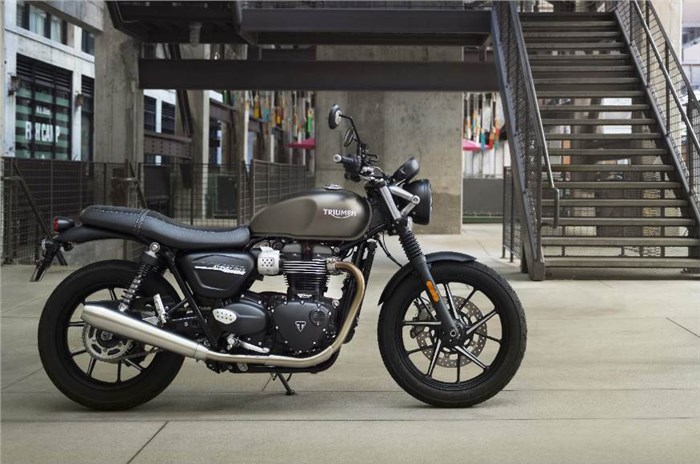 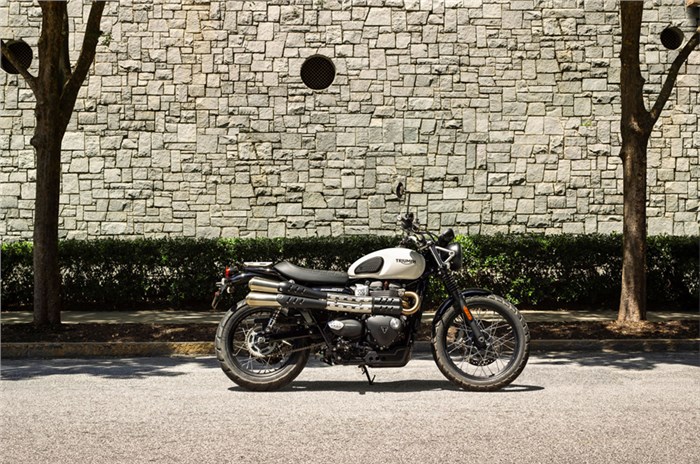 Triumph is set to launch the updated versions of the Street Twin and Street Scrambler in India on February 14.

While both motorcycles retain their original modern-retro styling, Triumph has made a few cosmetic changes. The new Street Twin gets redesigned wheels and new side panels. The analogue instrument cluster now gets a black surround with a ‘Bonneville’ metal plaque that sits atop it. The headlight bracket is now a brushed aluminium unit and the levers are adjustable. Read our full review on the 2019 Triumph Street Twin, here.

The Street Twin and Street Scrambler are powered by a 900cc, parallel-twin motor that now develops 65hp at 7,400rpm  – an 18 percent increase (up from 55hp, that is) in power output. Peak power was earlier produced at 5,900rpm but now comes at 7,500rpm. The redline is also 500rpm higher, at 7,500rpm. Peak torque remains identical to its predecessor, at 80Nm, but it now arrives at 3,800rpm instead of 3,200rpm. Although the torque remains unchanged, Triumph has flattened out the curve, resulting in more torque throughout the rev band. Other modifications to the powerplant include a lighter crank and balancer shaft, magnesium cam cover and a lighter clutch. The Street Twin and Street Scrambler share two riding modes – Road and Rain. The Street Scrambler gets an additional Off-Road mode as well. The rider modes do not directly alter power output, but change throttle response and traction control settings. Both motorcycles come with ABS and switchable traction control. The ABS on the Street Scrambler, however, can be disengaged (front and rear).

Other noteworthy upgrades that both motorcycles receive are a higher specification 41mm fork and Brembo four-piston front brake calipers that replace the two-piston Nissin unit seen on the previous iteration of the bikes.

The 2019 Street Twin and Street Scrambler will go on sale soon; the bikes currently cost Rs 7.70 lakh and Rs. 8.60 lakh, respectively (ex-showroom). While it will certainly be priced at a premium, the hike, if contained within Rs 30,000-50,000, will still keep the bikes at an accessible price point. The premium, to summarise, not only gets you improved quality, but also valuable updates to the brakes, electronics and, of course, the aforementioned 10hp extra.