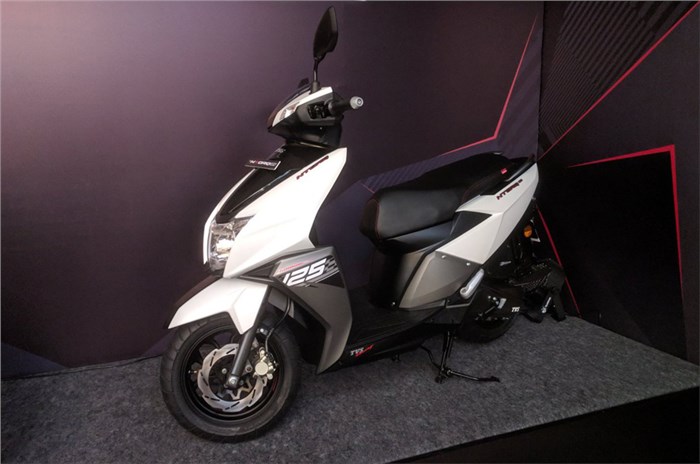 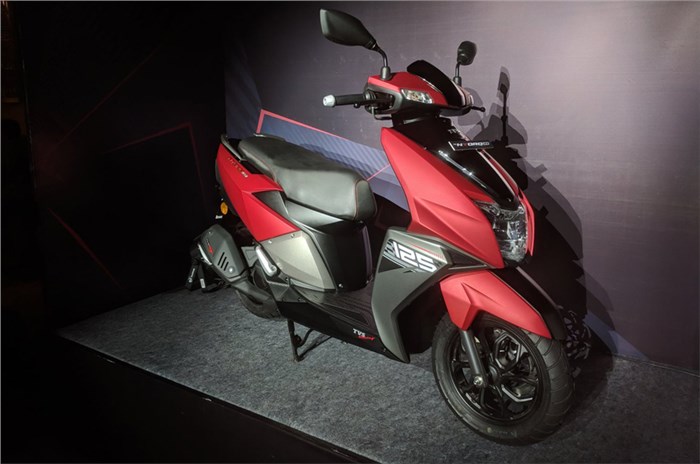 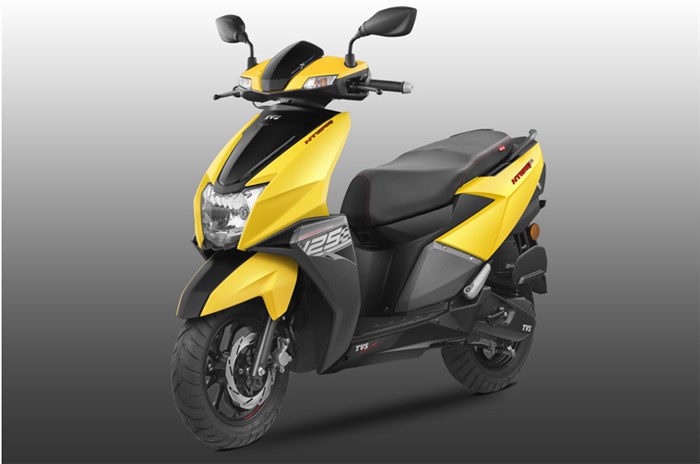 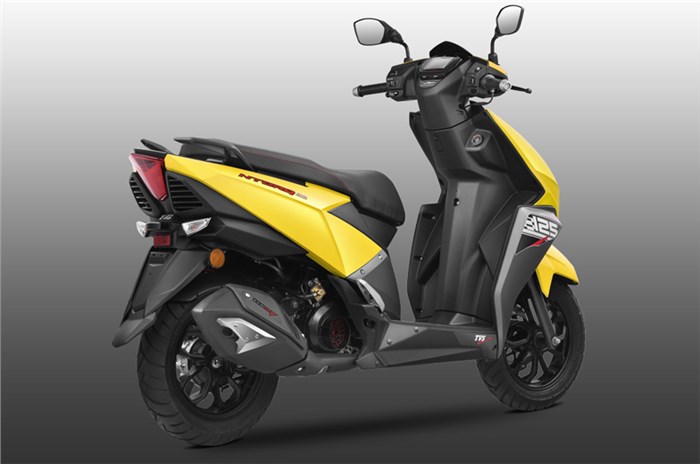 The performance-oriented, feature-packed Ntorq 125 from TVS is finally out in the open.

TVS has launched its much-awaited scooter, the Ntorq 125. The fourth model in TVS' fleet – after the Scooty (Pep+ and Zest 110), the Wego and the Jupiter – the Ntorq is aimed squarely at the young generation, with a performance that promises to match its exciting aesthetics. Its styling, as per TVS, has been inspired by stealth aircrafts and while it cuts a familiar silhouette, it does feature some striking details.

Also making its debut on the Ntorq is TVS' exclusive technology platform, SmartXonnect, and it's the first scooter, across all segments, to offer Bluetooth connectivity. Its fully digital instrument panel also offers navigation assist, caller ID and an (app-based) parking location assist as well as three display modes – Street, Sport and Ride Stats. The instrument display screen also features a lap timer, a top-speed recorder and average speed indicator, apart from displaying the engine oil temperature. It also features two trip meters, a clock, and digital readouts for the speedo and the fuel gauge.

Powering the Ntorq is a new CVTi-REVV 124.8cc motor with a 3-valve head which produces 9.5hp and 10.5Nm of torque, making it the most powerful scooter to be offered by TVS yet. The Ntorq 125 has been priced at Rs 58,750 (ex-showroom, Delhi), which is impressive for a scooter this tech-loaded and performance-oriented. The Ntorq 125 will primarily compete with the Honda Grazia and the upcoming Aprilia SR125.