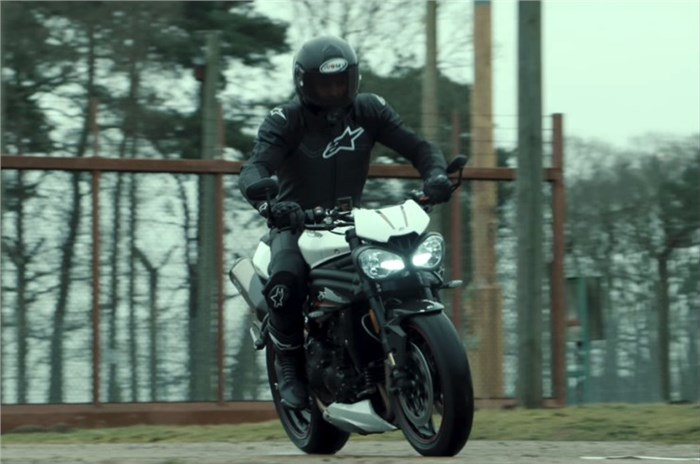 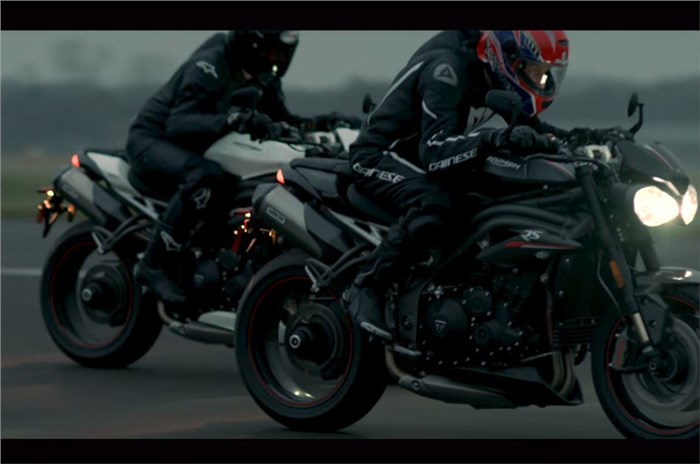 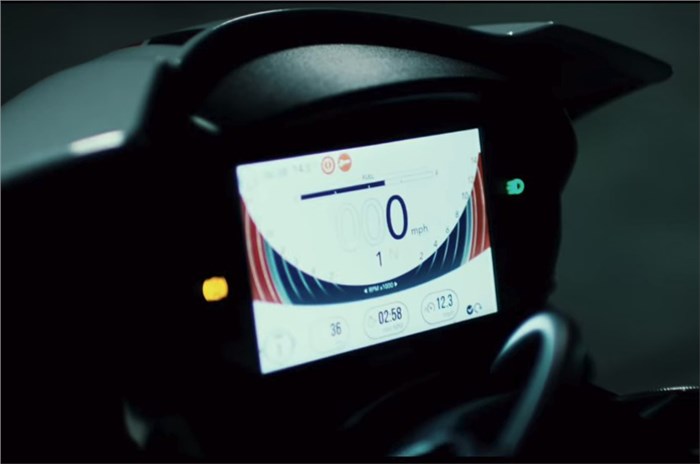 Triumph has released a video showcasing its much-awaited updated Speed Triple. Following the minimalist teaser (as all good teasers should be), the new video shows the motorcycle entirely exposed and being put through its paces. The video features two Speed Triples, both in RS-spec (though a base version is expected, too) being ridden by seven-time SBK world champion Carl Fogarty and two-time IOM TT winner Gary Johnson.

While the latest Speed Triple isn’t a completely overhauled model, it has been updated in every aspect – be it performance, dynamics, electronics or features.  Expected to continue with the 1,050cc triple-cylinder motor, albeit pushing its power output further up from 140hp found on the 2016 model, the 2018 Speed Triple is set to be the quickest, fastest and most agile model in its 24-year history.

As can be seen in the racy, action-packed clip, the Speed Triple RS comes with a pair of Arrow end-cans as standard and the exhaust note is typically throaty. While the 2016 update already brought ride-by-wire and Euro-IV compliance to the package, expect the new Speed Triple to hike its electronics suite by a few notches. From what’s visible in the video, it certainly does feature a full-colour TFT display (like in the Street Triple RS and the new Tigers) and the back-lit switchgear, which certainly looks and feels quite premium. Ohlins suspension and Brembo calipers are going to be standard fare on the RS version although expect less expensive cycle parts on the base Speed Triple.

The new Speed Triple is definitely lighter, will feature a higher grade of rubber and is expected to be more agile and crisper than before – something of a must since the Speed was infamous for being a bit too bulky for its own good, even though that was addressed suitably in 2016. At present, it is unclear if Triumph will bring this updated version to India (it skipped the 2016 version as well) since the Street Triple RS has already proven itself as the benchmark in naked streetfighter performance and demand for bigger, more expensive nakeds isn’t particularly high in our market. Having said that, the Speed Triple is an exciting motorcycle and more details will emerge on February 5, 2018 – so stay tuned!