The new 150cc Suzuki offering has been specifically developed for the Indonesian market and wouldn’t be launched in India. 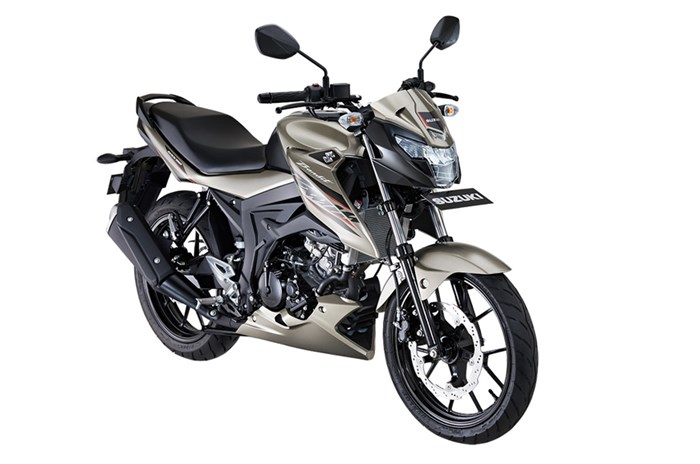 Suzuki has unveiled the new Bandit 150 for the Indonesian market at the 2018 GIIAS (Gaikindo Indonesia International Auto Show). Suzuki's new motorcycle is based on the GSX-S150 street bike.

The Bandit 150 wouldn’t be launched in India as we have the Suzuki Gixxer on sale in our market, which will be updated next year. Similar to the Gixxer, the 2018 Bandit 150 is a market-specific motorcycle and has been positioned below the sporty GSX-S150. It features a trapezoidal-shaped LED headlamp, fully-digital instrument console and its large tank extensions add a dose of muscle to the styling. However, the single-seat unit, centre-set foot pegs and flat handlebar endows it with a commuteresque vibe.

While it might not look too appealing, visually, the new Suzuki offering is powered by a modern DOHC and liquid-cooled motor sourced from the GSX 150 twins. The 147.3cc, single-cylinder engine generates 19.2hp and 14Nm of torque. As a comparison, the Indian-spec Suzuki Gixxer produces 14.8hp and 14Nm of torque from its air-cooled mill. The Bandit 150 has also been equipped with a six-speed gearbox, unlike the five-speed unit in the Gixxer.

Talking about cycle parts, the new Suzuki offering features a telescopic front fork and a monoshock unit at the back, while braking hardware consists of disc brakes on both wheels. ABS isn’t offered, even as an option.

The Suzuki GSX-S150 retails for Rs 1.17 lakh in Indonesia and while Suzuki hasn’t shared price details of the new Bandit 150, it will be more affordable than its sporty sibling.