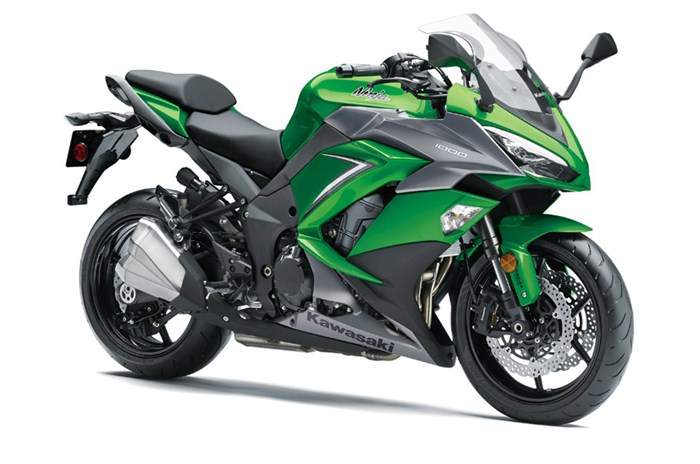 The 2018 edition of the Kawasaki sports-tourer receives redesigned decals.

India Kawasaki Motors has launched the 2018 Ninja 1000 in India at Rs 9.99 lakh (ex-showroom, Delhi). The new model is essentially the same as before and receives no major changes aside from redesigned graphics.

The Kawasaki Ninja 1000 holds the distinction of the first high displacement motorcycle from the Japanese brand’s stable to be assembled in India. The Ninja 1000 will continue to be brought to India in semi-knocked down kits (SKD) and the bike will be assembled at its plant in Chakan. Kawasaki also has plans to assemble the Ninja ZX-10R in India; you can read about it here.

Powering the Ninja 1000 is a 1,043cc in-line four cylinder engine developing 142hp at 10,000rpm and peak torque of 111Nm, which arrives at 7,300rpm. The engine is mated to a six-speed gearbox and also features assist and slipper clutch. Talking about the electronics, the Ninja 1000 features an IMU, a three-level traction control system, power modes (low and full), the KCMF (Kawasaki Cornering Management Function) and cornering ABS.

Bookings for the new Ninja 1000 have commenced across all Kawasaki dealerships in India and it’s available in two colour options - black and green. The Kawasaki sports-tourer competes against the likes of the Suzuki GSX-S1000F, Ducati SuperSport and the BMW R 1200 RS, all of which are priced significantly higher. Hopefully, Kawasaki will be able to meet customer demand for the Ninja 1000 more effectively this time around.