After showcasing the 2019 Ducati Multistrada 950 S and Ducati Diavel 1260, the Italian manufacturer has now unveiled the Hypermotard 950. The supermoto, just as we expected after looking at the spy shots, features mechanical and cosmetic updates. The 2019 Hypermotard 950 is available in two trims – standard and SP.

To begin with, the motorcycle now makes an additional 4hp and 1Nm of torque, taking the total to 114hp and 96Nm. The motor is tuned to make 80 percent of its peak torque at 3,000rpm, and the way Ducati achieved this is by increasing the compression ratio (from 12.6:1 to 13.3:1) of the 937cc, liquid-cooled, L-twin engine. Other changes include new exhaust valve timing, a 53mm throttle body and a new injection control unit. Both bikes also feature 6-speed gearboxes, with the SP getting the addition of a bi-directional quickshifter (optional on the standard variant). 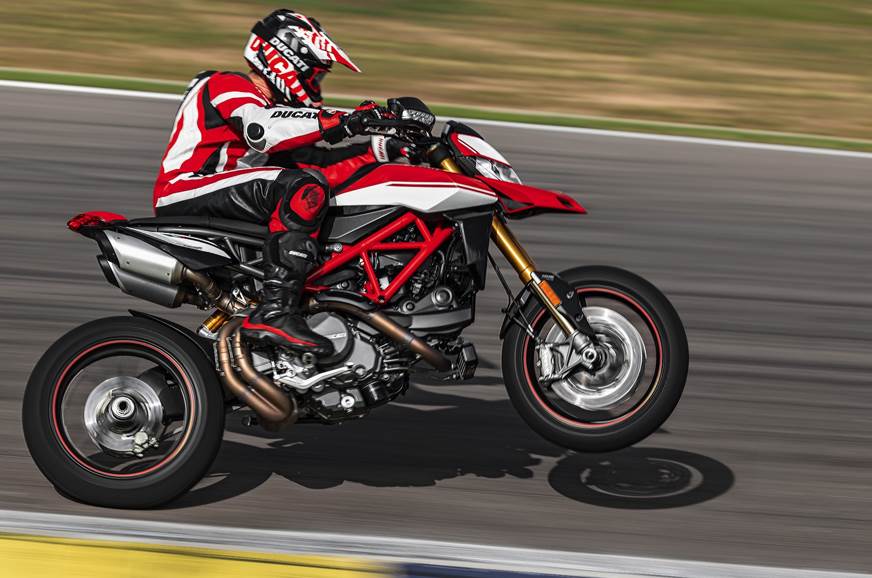 The new Hypermotard is also equipped with a hydraulic clutch this time around. It is also lighter than its predecessor and features a narrower seat and flatter handlebar. Talking about suspension, the standard model gets a fully-adjustable Marzocchi USD fork and Sachs monoshock, while the SP rides on fully-adjustable Ohlins unit on both the ends.

Braking is taken care of by a Brembo 4.32 monobloc front calipers and twin 320mm discs. For 2019, the motorcycle also gets a six-axis-IMU and Bosch Cornering ABS Evo, which has three settings. Ducati has also updated the lighting on the motorcycle and it now features a LED DRL, stop light and turn indicators, which are part of the hand guards. For 2019, Ducati has also brought back the twin underseat exhausts. Both variants also feature full-colour TFT displays. 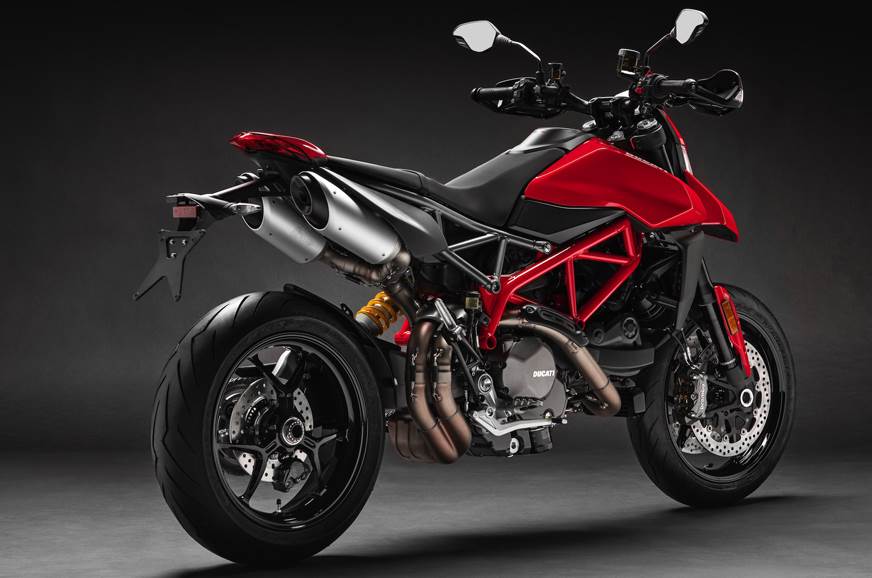 In addition to all of this, the SP variant also features forged Marchesini wheels and the red-white colour scheme. While pricing and availability details are yet to be announced, we can expect this motorcycle to hit our roads next year.