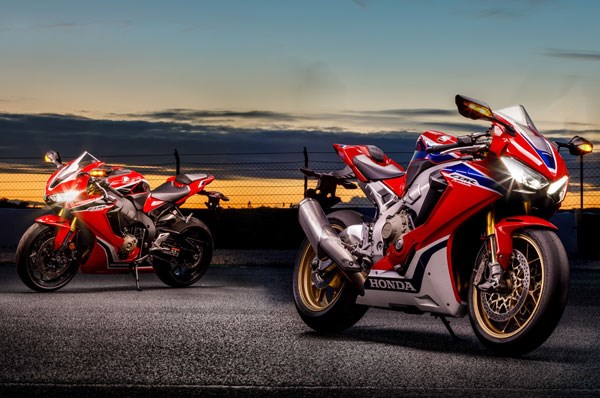 Honda claims it has revised 90 percent of the main components to result in a weight reduction of 16kg, bringing the bike’s kerb weight down to 195kg. This reduction in weight, coupled with the aforementioned increase in power has increased the bike’s power-to-weight ratio by 14 percent.
The 2017 Fireblade is crammed with electronics, including a new gyroscopic ABS system, ride-by-wire, 9-level torque control, selectable engine braking, electronic steering damper and power selector. The 2017 Fireblade SP additionally gets semi-active Ohlins Electronic Control (S-EC) suspension at the front and rear: 43mm NIX30 inverted forks up front and a TTX36 monoshock round the back, a quickshifter and downshift assist. Both bikes get full-colour TFT screens in the cockpits.

Both bikes will be sold through Honda’s Wing World outlets in Mumbai and Delhi.