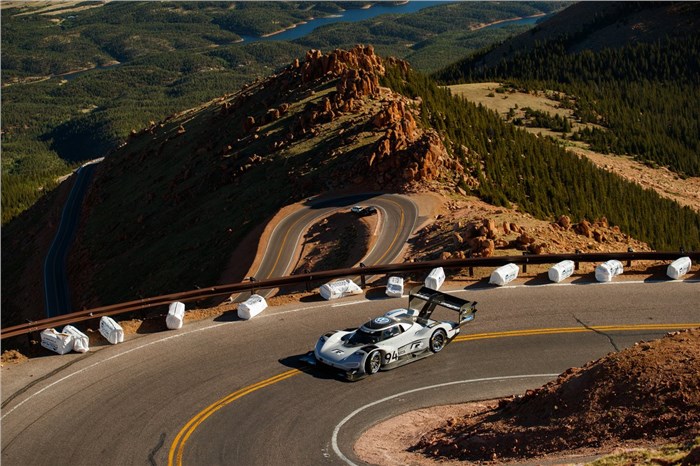 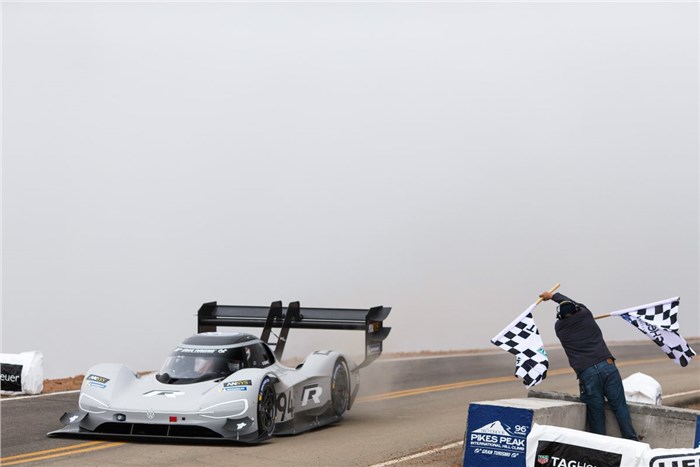 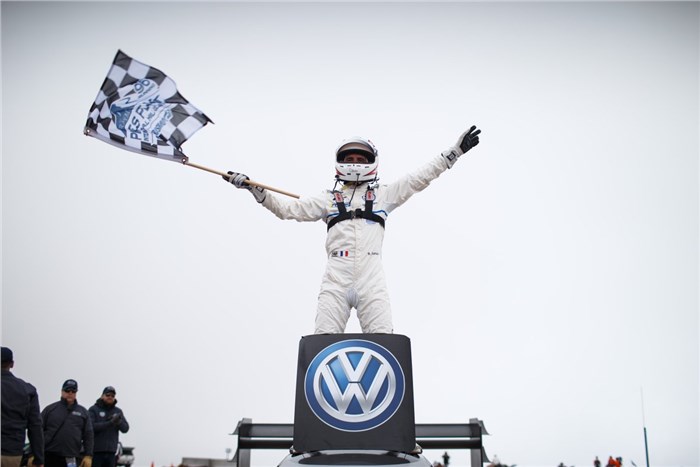 Volkswagen driver Romain Dumas set the fastest time at the 2018 edition of Pikes Peak to win the famous hill climb event. Volkswagen was the strongest team at the 2018 Pikes Peak with their I.D. R electric race car. The German outfit had made its intentions clear in the qualifying session as Dumas clocked a timing of 3min 16.083sec, which was 11 sec quicker than its closest competitor, Simone Faggioli in his Norma M20 SF PKP (a combustion-engined car). The fact that Volkswagen would win the 2018 Pikes Peak was quite certain, the only question in the minds of the fans was could it break the outright hill climb record by Sebastien Loeb driving a Peugeot of 8mins and 13sec in 2013.

The only hurdle for the German outfit was weather as the mountain pass is notorious for springing surprises. Luckily for Volkswagen, the weather gods were on their corner on race day. With perfect track conditions, Dumas set-off to make history as he took on the 156-turn Colorado hill climb. Such was Dumas’s pace on the Volkswagen I.D. R, that he covered the course in 7min and 57.148sec, setting a new overall Pikes Peak record.

The French race driver shattered Loeb’s previous overall record by over 15 seconds! The blistering pace of the Volkswagen electric race car can be gauged from the fact that the previous record for electric cars t Pikes Peak was 8mins and 57.11sec. Dumas also became the first racer to cover the legendary mountain course in under 8mins, with an average speed of 145.70kph! It was also Dumas’s fourth win at Pikes Peak and his first aboard an electric vehicle.

The Volkswagen I.D. R is powered by two electric motors rated at 671hp and 673Nm of torque. The EV race car also has a permanent four-wheel-drive system. Volkswagen says claims that the car weighs under 1,100kg(with the driver,) and a power-to-weight ratio of 610hp/ton.

It covers the 0-100kph acceleration sprint in just 2.25sec (the 1,500hp Bugatti Chiron needs 2.5sec to get to 100kph). The motors were powered by lithium-ion batteries which have an astonishing charging time of just 20min! Volkswagen is gearing up to launch the ID range of electric road cars starting in 2019.