The fourth iteration of India’s annual drag racing event was held on March 12 and 13 and saw over 350 participants compete. 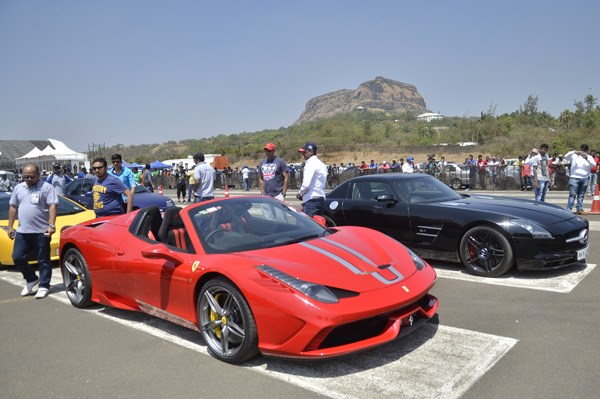 Every year, people from all over the country converge on a lonely airstrip in Aamby Valley in Lonavala to participate in a two-day drag racing series, The Valley Run. Organised by Elite Octane, the aim is simple - set the fastest time possible down a quarter-mile straight.

In its fourth edition, the Valley Run 2016 drew over 350 participants from all across India with entries ranging from stock cars and motorcycles to their heavily modified counterparts to high-end foreign exotics such as Lamborghinis, Porsches, Ferraris and Ducatis.

Participants were divided into categories as per the make, cubic capacities and the extent of modifications done to their vehicles. The first day saw Indian cars and bikes in action - everything from street tune to their heavily-modified avatars, whereas day two saw exotics and imports shoot down the straight for quarter mile glory.

From the Indian motorcycle entries, Rehana Hajee from Bengaluru was the Fastest Female on the course with her drag-prepped Yamaha RD350 at 15.75sec. In the Men's category, Arvind Ganesh from Chennai bagged the award for clocking the Fastest Time for an Indian Bike category, also with his Yamaha RD350 at 12.48sec.

In the International Motorcycle categories, Nadeem Shah from Mumbai clocked the fastest time for a male astride his BMW S1000RR as Fastest Rider of the Event, which was also the fastest time of the event at 10.92 seconds. Labdhi Shah from Navsari bagged the award in the Female category with her Kawasaki Z800 at 12.91sec. She also stood third in the P3 (muscle bike) category with her Harley Davidson.

Amongst the Indian cars present, the DC Avanti made its drag race debut at the event driven by Anant Singhania winning the Indian Open and the A6 class (Indian cars above 2,550cc) categories. Paras Shah from Mumbai took the honours of the Fastest Indian Car in the B6 class (Modified Indian Cars) at the event, while Nidhi Maru Shah from Mumbai was the Fastest Female Driver at 16.71sec. Both drove a Toyota Corolla.

Our staff member Selvin Jose also participated in the event driving an Audi RS6 Avant. He stood second in the H3 (Foreign cars from 3,001cc to 4,000cc) category at 12.58sec and stood first in the J (Unrestricted) category at 12.74sec.