McLaren scored an incredible 1-2 finish at Monza with Ricciardo winning, ahead of Norris and Bottas. 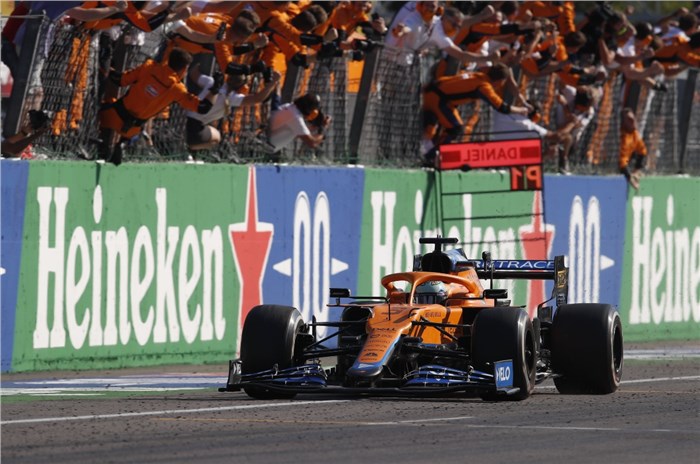 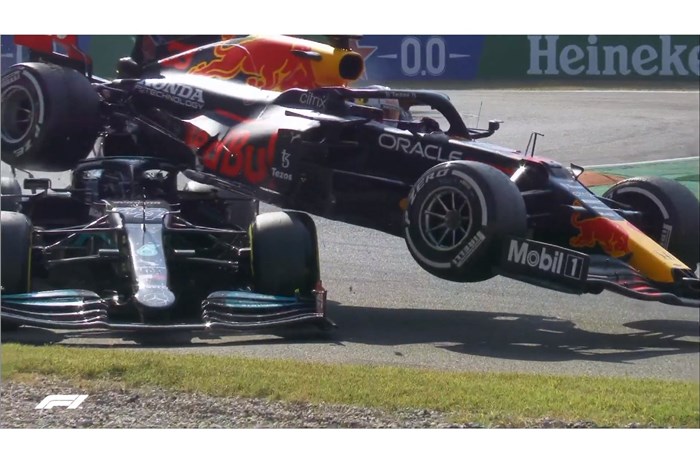 Daniel Ricciardo won the 2021 Italian GP, handing McLaren its first victory since the 2012 Brazilian GP. Lando Norris finished 2nd, giving McLaren a 1-2 result, while Bottas finished 3rd after starting at the back of the grid.

The drama-packed race saw tensions between the two title challengers – Lewis Hamilton and Max Verstappen – peak as both of them collided while battling for position. Read on to catch up on all the action from the Italian GP.

Verstappen, Hamilton crash out at Monza

Ricciardo aced the start to pass Verstappen for the lead heading into the first chicane. Hamilton tried attacking Verstappen, but had to take to the run-off and dropped down to 4th.

Verstappen tried hard, but couldn’t find a way past Ricciardo. A slow pit stop delivered a blow to his victory chances, with his Red Bull car stationary for over 11 secs. As Hamilton took his own pit stop, he re-joined the track neck-and-neck with Verstappen.

The pair collided while battling through the Variante del Rettifilo, with Verstappen’s RB16B launched in the air and landing on the halo device of Hamilton’s Mercedes racer. Both drivers are unhurt after the incident, but it’s a moment that will undoubtedly aggravate tensions between the two title fighters.

Ricciardo nailed the restart to hold on the lead of the race, while Norris passed Charles Leclerc to move up to 2nd. McLaren, chasing its first 1-2 finish since the 2010 Canadian GP, instructed Norris to hold position and not attack his teammate.

Ricciardo crossed the line to secure his first win since the 2018 Monaco GP and his first as a McLaren driver. “It was never a guarantee we would lead the whole race, but I was able to hold firm out front in the first stint. I don’t think we had like mega speed, but it was enough to keep Max behind. To lead literally from start to finish, I don’t think any of us expected that. I don’t know there was something in me on Friday, I knew something good was to come, so let’s just say that,” an elated Ricciardo said.

Bottas on the podium

During a week that saw Mercedes confirm that Russell would be replacing him at the team, Bottas was determined to make a strong impression. Despite winning sprint qualifying, he had to start the race from 19th on the grid after taking a new power unit.

But he made incredible progress as the race carried on and ended up finishing 3rd. He was helped by Sergio Perez’ 5 secs penalty that he had received for passing Leclerc off track. So while Perez finished 3rd on road, the penalty dropped the Mexican down to 5th, behind Leclerc.

Despite both drivers crashing out at Monza, Verstappen actually extended his lead to Hamilton in the drivers’ championship to five points. He picked up two additional points for finishing 2nd in sprint qualifying.

F1 now heads to the Sochi Autodrom for the Russian GP on September 24-26.