Russell to replace Bottas at Mercedes F1 team from 2022

George Russell has signed a long-term contract with the Mercedes F1 Team, as Valtteri Bottas heads to Alfa Romeo. 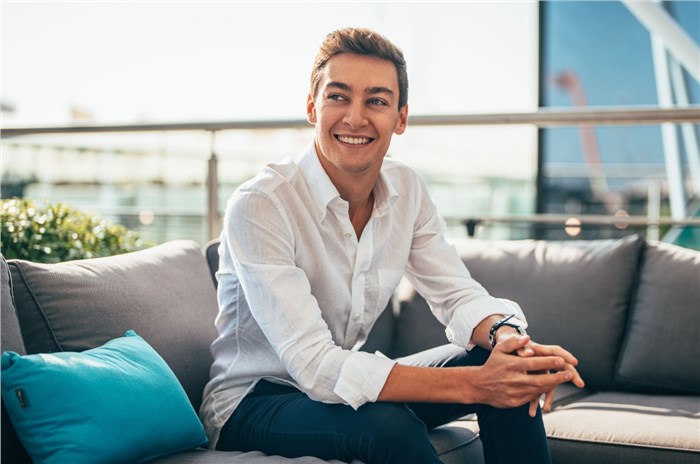 The Mercedes F1 team has at last confirmed that George Russell will race for them alongside Lewis Hamilton from the 2022 season, as Valtteri Bottas takes a step down the grid to Alfa Romeo. Mercedes hasn’t revealed how many years Russell has signed on for, but has confirmed that it’s a “long-term contract”.

George Russell to move up to Mercedes

Russell’s signing represents a seismic moment in F1, not only for the young 23-year-old, but also for Mercedes. The manufacturer will be employing an all-British driver line-up for the first time in its long history in grand prix racing.

Russell’s Sakhir GP performance last year, when he subbed for a COVID-struck Hamilton, more or less sealed Bottas’s fate in one weekend. He can’t expect to do the same to Hamilton, but he’ll absolutely fancy his chances against his new team-mate, no matter how many race wins and titles stand between them. Add in the new technical regulations that will change the shape and performance of F1 cars next year, and there’s much to be excited about.

“It's a special day for me personally and professionally, but also a day of mixed emotions. I’m excited and humbled to be joining Mercedes next year, which is a huge career step, but it also means I’ll be saying goodbye to my team-mates and friends at Williams. It has been an honour working alongside every member of the team, and an honour to represent the Williams name in F1,” Russell said.

“Looking ahead to next season, I’d be lying if I said I wasn’t absolutely buzzing. It’s a huge opportunity and one I want to grab with both hands. But I’m under no illusions as to the scale of the challenge; it’s going to be a steep learning curve. Valtteri has set a high bar, consistently delivering week in and week out, scoring wins, pole positions and helping win multiple championship titles,” he added.

“Of course, one of those new team-mates is in my opinion the greatest driver of all time. I’ve looked up to Lewis since I was in go-karts and the opportunity to learn from someone who has become a role model both on and off track can only benefit me as a driver, a professional, and a human being. For now, though, I have nine more races as a Williams driver, and I want to make sure they are the best nine of my time with the team. Then, and only then, can I turn my attention to 2022.”

Bottas off to Alfa Romeo

Bottas, meanwhile, will be parting ways with Mercedes after spending five years with the team.

His move to Alfa Romeo will be a test of character that will require him to dig deep for a new form of motivation and prove he remains hungry driving for a team that is unlikely to be challenging for podiums, never mind race victories.

In Bottas, the Swiss squad gains a fantastic barometer by which it can measure precisely where it truly sits in the pecking order, to judge what it does right and more importantly what it needs to improve. That aspect will be stronger than it was with Kimi Räikkönen, who just recently announced his retirement. The difference this time is Bottas is 10 years younger (he’s still only 32), is coming from the fantastic operation that is Mercedes-AMG and should have a greater desire to prove his critics wrong.

As for the now vacant seat at Williams, the team hasn’t confirmed Russell’s replacement but Red Bull reserve driver Alex Albon has emerged as a frontrunner.