The French manufacturer has decided it is not prepared to wait until 2020 to be in a position where it is challenging for championships. 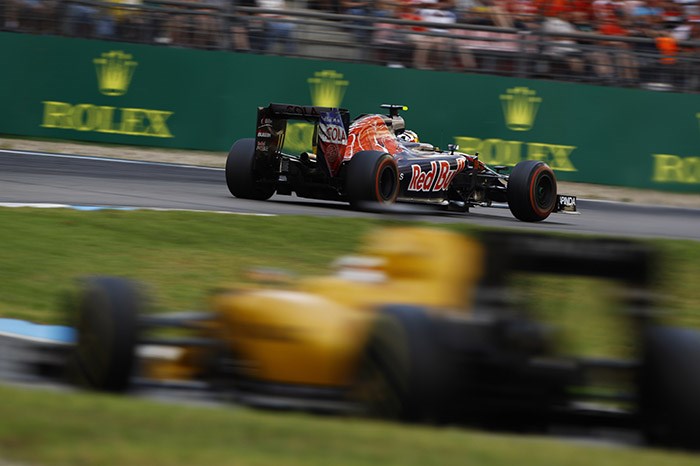 Renault is speeding up its initial five-year plan for Formula 1 on the back of receiving added investment from its parent company.

Following its return to F1 as a works team this year Renault played down expectations, instead focusing on rebuilding its Enstone-based team after its cash-strapped final year as Lotus.

Six months into its project, the French manufacturer has decided it is not prepared to wait until 2020 to be in a position where it is challenging for championships.

"Talking about investment, the one thing we are doing is bringing forward our plans and increasing the total package," Abiteboul told Autosport.

"We had put together a five-year plan, with an investment package, but a couple of weeks ago we had approval to increase that package and bring it forward.

"What we want is to make a difference as quickly as possible, and for that there is no better way than to accelerate what we need to do over the five-year plan."

Abiteboul added the recent announcement that Lotus lost £57million (around 500 crore INR) in 2015 prior to Renault's acquisition has had no impact on the team's plans.

"It was something that was very well known - Renault knew that was part of the equation," he said.

"We were completely aware of what we were financially exposed to, so it was absolutely no surprise.

"That's fully in line with the plan, and the plan approved by the CEO [Carlos Ghosn].

"Maybe now people will understand why [the takeover] took us a little bit of time to approve.

"[The debt] was known from lengthy due diligence that was done last year, and why such substantial investment was required.

"It also hopefully shows to people that Renault has been able to do what was the only option for this team to continue trading, otherwise I don't think it would be here today."

With Renault now almost fully focused on development of its car for 2017, when the regulations alter considerably, Abiteboul is pleased with the long-term progress being made.

"On the engine side we are completely to plan and the fact we have good reliability this season is fantastic as it allows us to really focus on performance for the future," he said.

"The 2017 engine will very soon be on the dyno, and there is really good stuff coming.

"It's really ambitious, but I'm super happy with the structure we have and the ambition on the engine side.

"On the chassis, there is a big change in the aero regulations, but again we have set ourselves an aggressive target in terms of aero development.

"Each time we are putting the 2017 car into the windtunnel there are big steps, a big, big chunk of downforce, which will ultimately bring laptime, so it's good."