The Porsche Taycan Turbo S has undergone several modifications to make it suitable for use as a safety car. 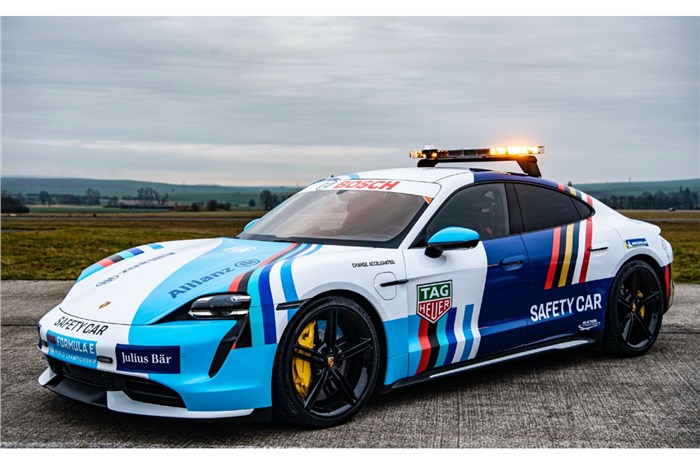 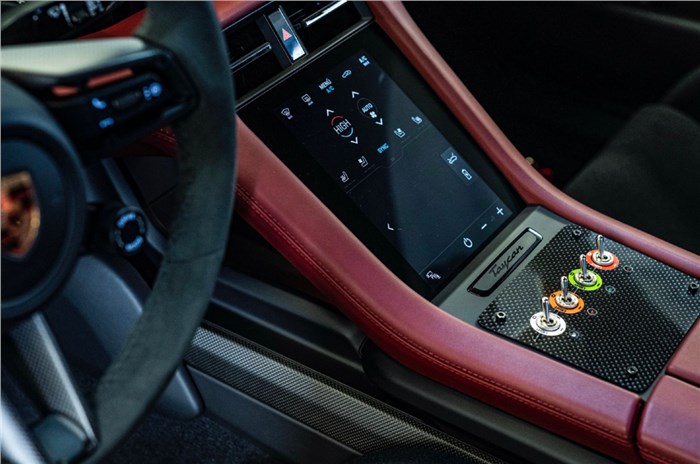 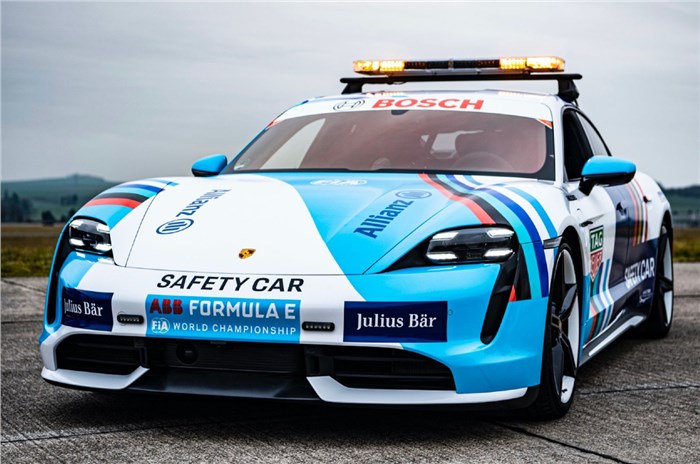 The Porsche Taycan Turbo S will do duty as the Formula E world championship’s safety car for the 2022 season. It replaces the Mini Pacesetter and BMW i8 Roadster.

The new Formula E safety car will take to the track in a multi-colour livery representing the colours of every team on the grid, as well as the colours of the championship and the FIA. It will also wear the number 22 as a nod to the number of series entrants this year.

The Taycan Turbo S is Porsche’s flagship EV, with its 761hp twin-motor, four-wheel-drive powertrain propelling it from 0-100kph in just 2.8secs. Several modifications like integrated flashing lights on the front and rear bumpers, along with a prominent light bar on the roof, have been made to make it suitable for use as a safety car.

Inside, the rear seats have been replaced with a roll cage, while racing bucket seats with six-point harnesses are used in the front. A ‘high-tech’ communication system, a Marelli data logger system and a fire extinguisher bring it in line with FIA circuit safety requirements.

“We’re proud that Formula E has entrusted a Porsche with this task – one that is important for the safety of its drivers,” said Thomas Laudenbach, vice-president of Porsche Motorsport. “With the Taycan Turbo S as the official safety car, we’re making an important contribution to track safety and also underlining the importance of Formula E for Porsche Motorsport."

He added, "The distinctive design illustrates our commitment to the successful future of this innovative racing series. Although we’re rivals out on the track, we’re spreading this message to the world together. What’s more, we hope that this also enables us to appeal to a younger target audience who are not yet motorsport fans.”

The Taycan safety car will make its debut at the 2022 Formula E season’s opening round in Diriyah, Saudi Arabia, on January 28-29. The 16-race calendar will be the longest season in Formula E history.

This season will be the championship’s last with the current Gen2 cars, before the Gen3 era kicks off. The hardware is homologated (locked in spec), but teams can continue unlocking performance through software updates. Season 8 will also feature quite a few changes, including an all-new qualifying format, while power will increase from 200kW to 220kW.

Just recently, Formula E signed a Letter of Intent with the Telangana government and clean energy company Greenko, announcing Hyderabad as an official candidate to host a Formula E race next season. While this doesn’t guarantee Hyderabad a spot on the Formula E Season 9 calendar, organisers are hoping for confirmation in the coming months.