Hyderabad a candidate to host Formula E race in Season 9 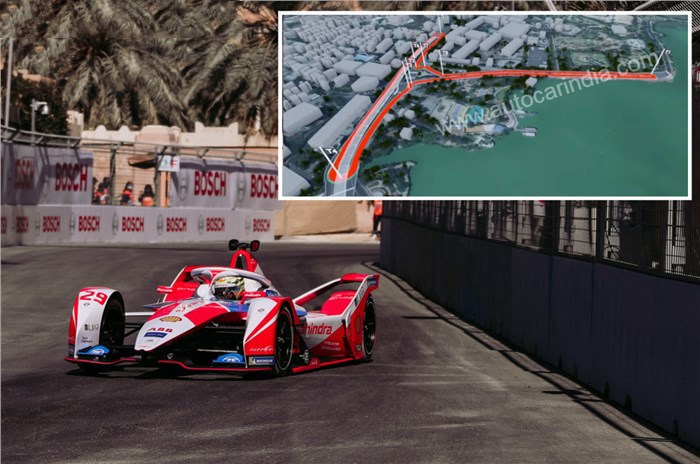 The Telangana Government, Formula E and clean energy company Greenko have signed a Letter of Intent, making Hyderabad an official candidate to host a Formula E race next season. For now, this simply confirms an intent to host India’s first-ever E-Prix here and is the first step towards making this a reality.

While this doesn’t guarantee Hyderabad a spot on the Formula E Season 9 calendar, organisers are hoping for confirmation in the coming months.

One of the standout features of Formula E is that majority of the races are held in city centres. That will be the case here too, with a new street circuit coming up in Hyderabad. This is the same track that will also host two rounds of the inaugural Formula Regional Indian Championship later this year.

The 2.37km track winds its way through the streets of Lumbini Park, alongside the Hussain Sagar Lake. Designed by Driven International, the layout has been created to promote close slipstreaming and overtaking. Driven International has also worked on updates to the Yas Marina F1 track in Abu Dhabi.

Formula E’s chief championship officer, Alberto Longo, track and overlay director, Angus Zomeno, and Mahindra Racing’s CEO and team principal, Dilbagh Gill, were all present at the official signing ceremony. For now, the venue is being evaluated to host a race next season, which will also see the introduction of the new Gen3 cars. Over 20 cities are currently vying to be part of the Season 9 calendar.

Speaking at the ceremony, Longo expressed that Hyderabad will soon be an official part of the calendar, too. “Let’s hope that happens very soon and we can actually enjoy a race here in Hyderabad in the months to come,” he said.

Longo also added that Formula E is currently looking at hosting this potential Indian E-Prix between December 2022 and March 2023.

Talks of a potential Formula E race in India have been making the rounds for several years now, only bolstered by the fact that Mahindra Racing has been part of the grid since Season 1. Speaking ahead of the 2021 season, Formula E CEO Jamie Reigle had said that India remains on top of the championship’s priority list as it looks to expand its calendar.

“We’re not encumbered by decades of history in Formula E, we can really be innovative and shift the product to still be true to what people have in mind when they think of motorsport, but do so in a way that breaks new ground and involves the fans in a different way. And I think that’s really well-suited to the level of digital integration you see in India,” Reigle had said.

Are you excited to see India host a Formula E race? Tell us in the comments.

Maserati to join Formula E in 2023