The 26-year-old Briton was a passenger in a Porsche 996 that hit the barriers at Queensland Raceway during a private test. 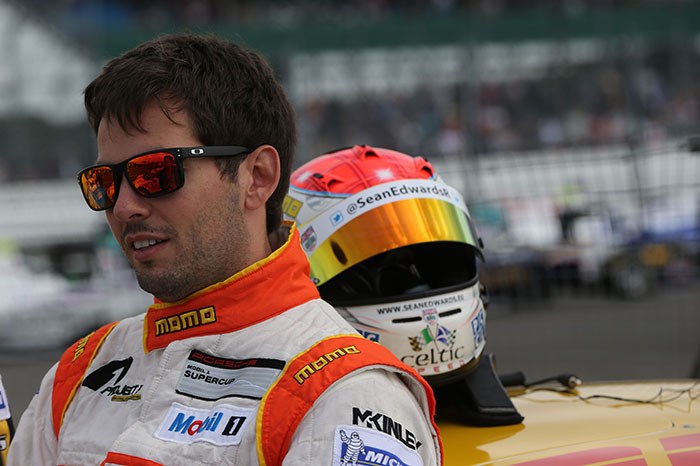 Porsche Supercup championship leader Sean Edwards has been killed in a crash in Australia.

The 26-year-old Briton was a passenger in a Porsche 996 that hit the barriers at Queensland Raceway in Willowbank during a private test session on Tuesday.

Edwards was killed instantly on impact with the tyre wall on the outside of the track at Turn 6.

The accident was initially attended to by onlookers after the car burst into flames on impact.

The local emergency services spent three hours extracting the driver - a 20-year-old man from Brisbane - from the burning wreckage. He is currently in intensive care with life-threatening injuries.

An ultra-successful season in 2013 had featured victories for Edwards in the Nurburgring and Dubai 24 Hours, wins in the Porsche Carrera Cup Germany and in the GTC class of the American Le Mans Series.

He currently leads the Supercup standings with just one double-header at Yas Marina to run on November 2-3.