The Aston Martin Vantage will share safety car duties with the Mercedes-AMG GT R for the 2021 F1 season. 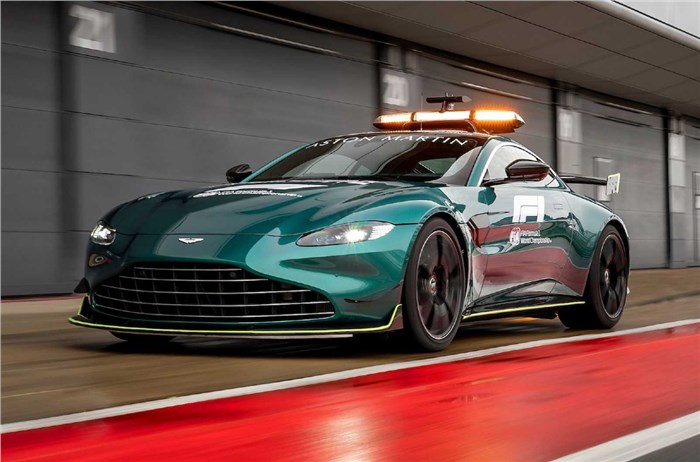 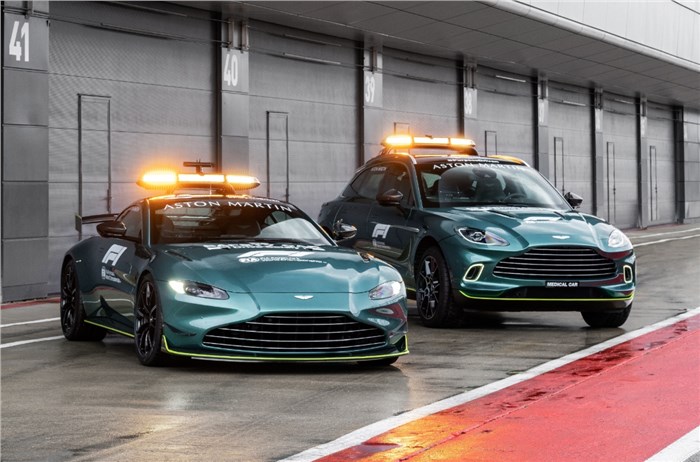 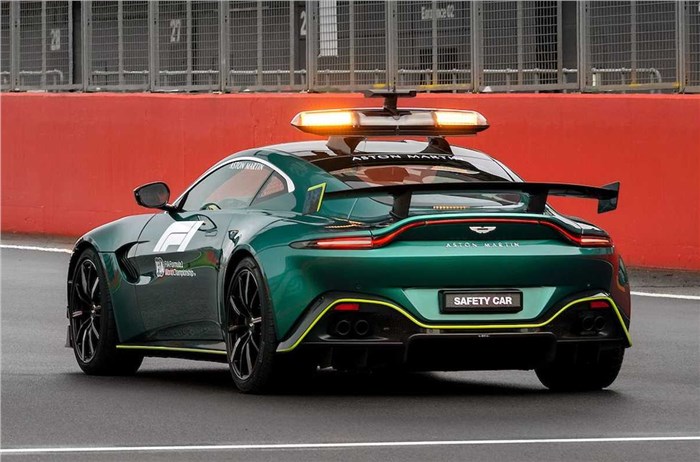 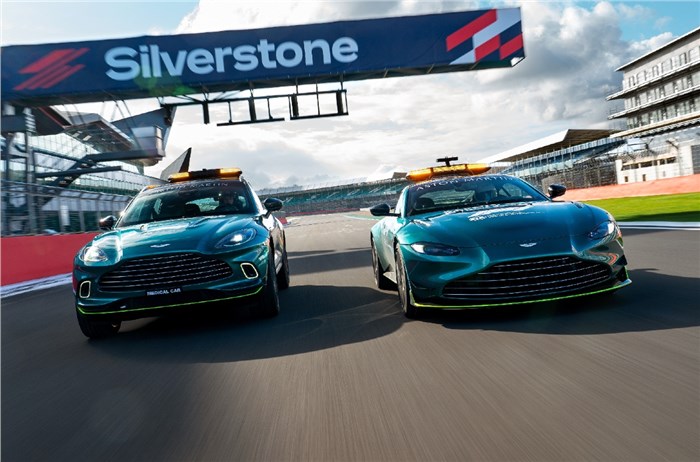 Aston Martin has showcased its new Vantage safety car and DBX medical car that will be used for the 2021 Formula 1 season. Both cars are finished in the same shade of British racing green as the recently-unveiled AMR21 – the company’s first F1 car in over 60 years.

The confirmation of this news doesn’t mean that F1 has ended its longstanding safety car association with Mercedes-AMG. Instead, the two companies will share safety car duties this season. Aston Martin will run the Vantage and DBX duo at 12 of the planned 23 races, beginning with the season-opening Bahrain GP on March 28.

The safety car features substantial powertrain, chassis and interior modifications over the road-going Vantage to ensure that it can carry out "the critical role of intervening and controlling the pace of an event involving the fastest racing cars in the world". It will be piloted by Bernd Mayländer, who has driven the F1 safety car for more than 20 years.

Leading F1 cars around a track at a pace that prevents their tyres going cold is a priority for the Vantage, so Aston Martin's engineers have focused on improving the Vantage's track performance and lap times.

As such, power from the coupé's twin-turbocharged 4.0-litre V8 is up from a standard 510hp to 535hp, and while torque output is unchanged at 625Nm, it's "sustained for longer". Subtle revisions to the gearbox, meanwhile, mean the driver will "have a better sense of directness, precision and control through upshifts and downshifts".

An extensive aero package inspired by Aston Martin’s Vantage GT race cars, together with a switch to low-profile tyres, means the Vantage safety car has "all the credentials to handle an F1 circuit".

The substantial rear wing is the most obvious addition, but a new vaned front grille and splitter set-up is claimed to produce 155.6kg of downforce at 200kph (124mph) - over 60kg more than the standard Vantage at that speed. Underneath, the track-going Vantage brings a unique suspension set-up and additional chassis reinforcing that increases structural stiffness at the front end.

The safety car also uses the same upgraded thermal management system as the Vantage GT4 endurance racer, as well as extra bonnet vents, allowing it to come in to the pit lane after a full-speed lap and go straight to idle with no need for a cool-down lap. As is customary for an F1 safety car, it also wears a custom, aero-optimised LED light bar, an LED rear numberplate and radio antennae on its sides.

The standard seats have been swapped for FIA-approved racing items with a six-point harness and two screens on the dashboard provide a live television feed alongside a range of customisable displays - including lap times and positions of all F1 race cars. The centre console has been reconfigured, too, with the rotary controller moved backwards to accommodate a new switch panel for the light bar, siren and radio.

The DBX medical car hasn't been subject to extensive modification but wears the same livery and FIA safety add-ons as the Vantage. As standard, the DBX produces 550hp and 700Nm for a 0-100kph time of 4.5sec and a top speed of 291kph, so that "the FIA medical team can respond effectively to an emergency".

Inside, the rear middle seat has been removed and the remaining seats have been replaced with race-style bucket items with a six-point safety harness. Like the Vantage, it brings bespoke communication screens and radio functions. 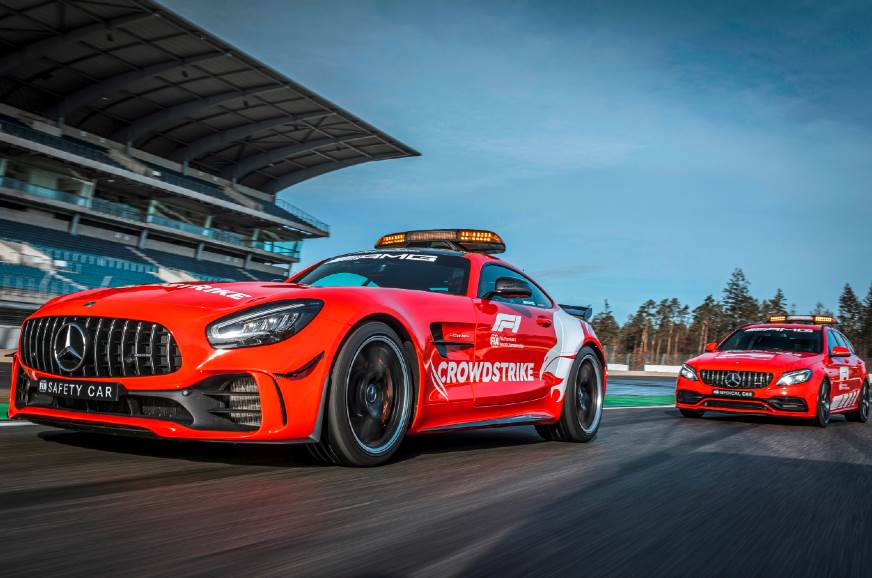 In the past few months, we’ve seen Aston Martin and Mercedes-Benz further expand their existing partnership. This will reflect in F1 too, with the two companies splitting safety car duties.

This will be the first time since 1966 that Mercedes-Benz is not exclusively supplying the F1 safety car. The AMG GT R safety car and C 63 Estate medical car will also carry a new red colour scheme this year.