Set to kick off on November 8 in Delhi, the Nazir Hoosein Memorial Drive will re-trace the route of the 1981 Himalayan Rally. 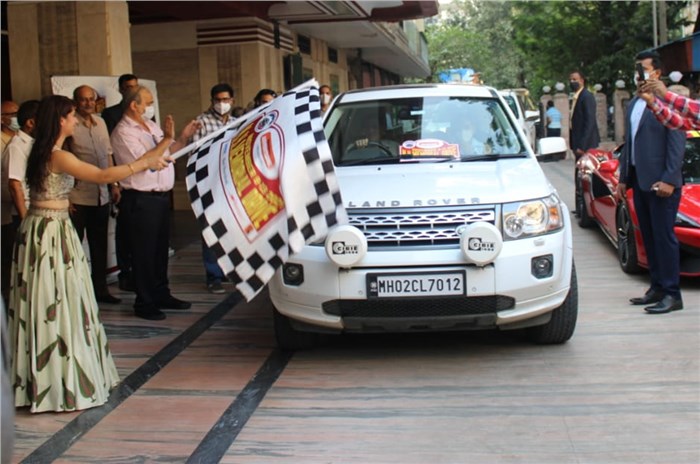 The drive has been organised by Team Firefox and will see the rally’s ex-participants, volunteers and officials come together to pay homage to Indian motorsport legend Nazir Hoosein.

Hoosein, who passed away in 2019 at 78, was the founder of the fabled Himalayan Rally, which ran from 1980 to 1990, is considered by many to be responsible for putting Indian motorsport on the world stage.

In a fitting tribute, the memorial drive will retrace the route of the 1981 Himalayan Rally, flagging off on November 8, exactly 40 years after the 1981 rally.

Starting the rally from the Liberty Cinema – a Mumbai landmark – was a fitting, given its ties to the motorsport community in the city. After all, it was owned by Hoosein himself and was home to the conceptualisation and operation of all Himalayan Rallies from 1980-1990. It also housed the office of the Indian Automotive Racing Club (IARC), founded by Hoosein in 1971.

Gautam Singhania, chairman and managing director of the Raymond Group, as well as member of the FIA and World Motor Sport Council (WMSC), flagged off the drive. He was joined by Hoosein’s daughter and son-in-law, Aranka and Logan.

Autocar India’s very own Hormazd Sorabjee was also present at the event. He has participated in the Himalayan Rally in the past and will be joining the Nazir Hoosein Memorial Drive convoy too.

“What the Himalayan Rally achieved was really way ahead of its time. In terms of rally organization, it was tough. At that time, there were no mobile phones and this set new standards of radio communication. It was just the quality of having an international event of that stature which really set it apart,” Sorabjee said, reflecting on the legacy of the Himalayan rally.

“If you think about it, the 1980s for the auto industry was pre-Maruti. It was the age of Ambassadors and Fiats and when you saw those rally cars on the road, it was like something extraterrestrial at that point,” he added.

Just recently Paralympian and Arjuna awardee Deepa Malik, who is also a member of the FMSCI’s Women in Motorsport commission, announced that she will be participating in the Nazir Hoosein Memorial Drive as part of an all-women team.

Nazir Hoosein served as the motorsport administrator and vice-president of the Fédération Internationale de l'Automobile (FIA) for several years. In 1980, he founded the Himalayan Rally Association and started the Himalayan Rally. He also conceived the Great Desert Himalayan Rally, which, at 4,000km, was a rally longer than anything India had ever played host to.

Despite being a controversial figure in the Indian motorsport scene, there is no denying that he was responsible for putting India on the international motorsport map. Hoosein also played an important role in the global motorsport stage, as he was a member of the World Motor Sport Council, the chief steward in the World Rally Championship, and one of four permanent F1 stewards for many years.