The legendary Italian brand will make its modern-era Grand Prix debut next year. 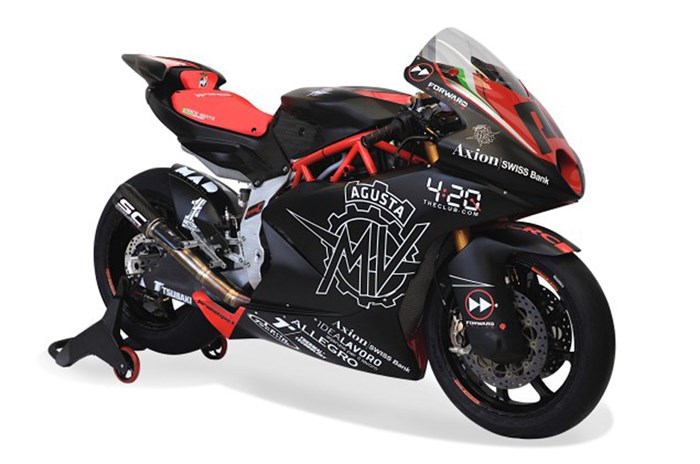 Earlier this year, MV Agusta made surprise announcement of its return to Grand Prix racing after a 42-year hiatus. The Italian brand joined hands with Forward Racing Team and said that it will be competing in the Moto2 class. It then revealed a rendered image of the Moto2 machine it plans to design for the Grand Prix. Now, the actual MV Agusta Moto2 race bike has been unveiled to the public.

One of the main reasons for the iconic Italian bike manufacturer to compete in Moto2 is the officially announced shift in powerplant. Starting next year, all bikes in the Moto2 class will run on the Triumph-sourced 765cc triple-cylinder motors seen in the existing Honda CBR600RR in-line-four engine.

This shift in motor specifications is a positive sign for MV Agusta, as its most popular models (with respect to sales) feature a triple-cylinder mill. The frame for the race bike has been developed by MV Agusta, while the swing-arm will be supplied by Suter. The race bike employs a hybrid frame which consists of a steel trellis design mated to an aluminium plate. Suspension components have been sourced from Öhlins and the MV Agusta Moto2 bike runs on forged magnesium wheels from OZ Racing.

You can read more about MV Agusta's new bike here.

While the bike looks good, we would have liked to see the iconic silver-and-red livery on the race bike, what do you guys think?