Loeb to contest 2019 WRC with Hyundai 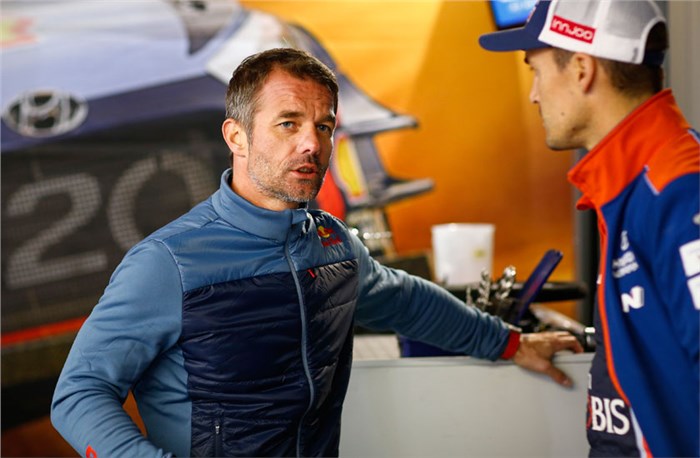 Hyundai Motorsport has confirmed that as part of a two-year deal, nine-time World Rally Championship winner Sébastien Loeb will join the team’s driver line-up. Next year, Loeb will compete in six rounds of the championship in an i20 Coupe WRC alongside long-time co-driver Daniel Elena, with the first of those outings being the season-opening Rallye Monte Carlo, next month.

This year, Loeb returned to the WRC for a three-round stint with Citroën; even taking victory at the Rally de España in October – his first since 2013.

“I am delighted to announce that Daniel and I will compete in six WRC events for Hyundai Motorsport in 2019,” he said. “Winning at Rally de España re-ignited my desire to continue competing at the very front of WRC. Joining Hyundai will give us a fresh challenge and one that I can’t wait to tackle. I have been impressed with the team’s approach and their determination to succeed.”

Commenting on the team’s latest signing, Team Principal Michel Nandan said, “Sébastien’s announcement is hugely important for our team and we are overjoyed that he has agreed a two-year contract. Sealing a deal with someone of his immense talent and calibre shows that we are an attractive and competitive proposition in the WRC.”

Additionally, Hyundai has confirmed that Dani Sordo has signed a one-year contract extension with the team and will participate in eight rounds in 2019, starting from Rally México. He will be joining Thierry Neuville and Andreas Mikkelsen, with the former confirmed for a full-time role.

While a statement from Hyundai Motorsport insists that it’s exploring options to continue Hayden Paddon’s involvement with the team, it seems unlikely that he’ll be part of the WRC next year.