The Indian racer is keen to explore new racing challenges and could be looking to branch out into the business side of motorsport. 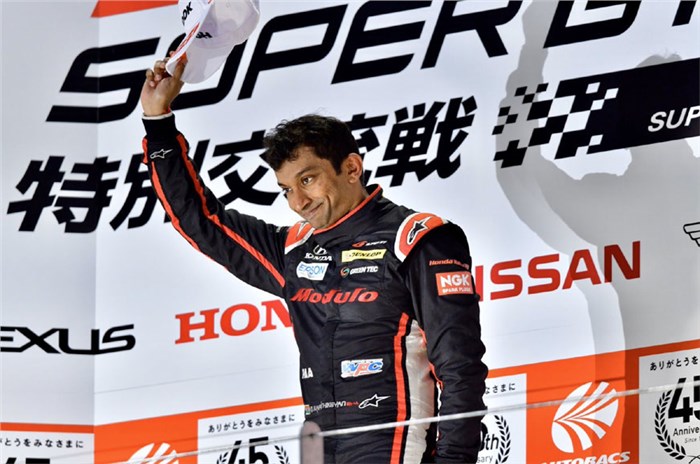 India’s first F1 star Narain Karthikeyan has decided to step away from Japan’s Super GT after racing in the sportscar series for just a year. After spending several years racing in the single-seater Super Formula championship, Karthikeyan’s move to Super GT last year marked a switch to sportscar racing after over two decades of almost exclusively racing single-seaters.

He competed in the series’ GT500 class, driving an NSX-GT for the Honda-backed Nakajima Racing team. And while it was a challenging start to the season for him, he did eventually find his rhythm; Karthikeyan went on to clinch his maiden podium finish at Round 6 of the series, at Sugo, completing the race in 2nd place. He then wrapped up his 2019 Super GT campaign on a high note, winning the second Super GT x DTM Dream Race under chaotic conditions at the historic Fuji Speedway in Japan. The touring cars crossover race featured cars and drivers from the Japanese Super GT and DTM (Deutsche Tourenwagen Masters) series, and Karthikeyan survived three restarts to claim his first race win since the 2013 Brno AutoGP.

According to a statement released by Nakajima Racing, Karthikeyan made the decision to quit the series in order to pursue new racing challenges in 2020. There’s no confirmation on what racing outings he will undertake this year, but an announcement of the same will be made at a later date.

“My year ended in the most amazing way ever – by winning the DTM x JSGT Dream Race. I would like to say thank you to Satoru-san and the entire Nakajima Racing family for making it such a fantastic year. I have raced with them for a few years now in Japan, and it really feels like I have a second family in Japan. It’s been such a privilege to work with all of them, especially Nakajima-san himself, who is a true legend of motorsport,” said Karthikeyan.

A statement released by Nakajima Racing President Satoru Nakajima further added that Karthikeyan could be looking to branch out into the business side of motorsport as well. “Although we would have liked him to continue racing for Nakajima Racing in 2020 and beyond, Narain has decided to explore other opportunities, including some in the business world,” he said. “He will always be a part of the Nakajima Racing family. We all wish him well in his future endeavours, and look forward to welcoming him back to his second family in Japan soon.”

More recently, Karthikeyan competed in the X1Racing League in India, driving for his own team – NK Racing Chennai. However, the inaugural season of the championship proved to be rather chaotic and it remains to be seen if he will return for future seasons.