Narain was driving a Modulo Nakajima Racing Honda NSX-GT at the event. 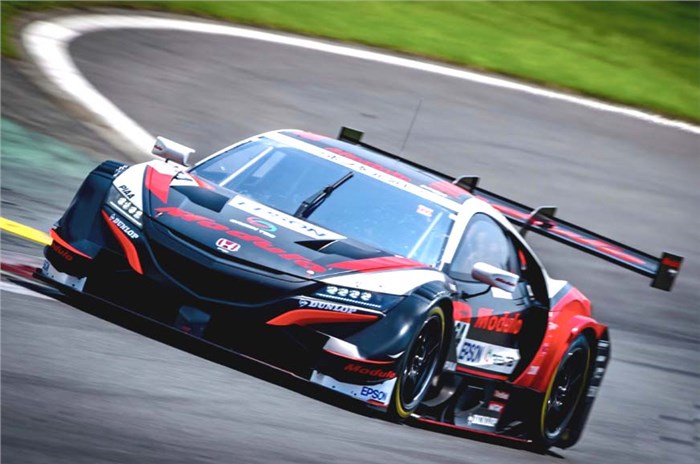 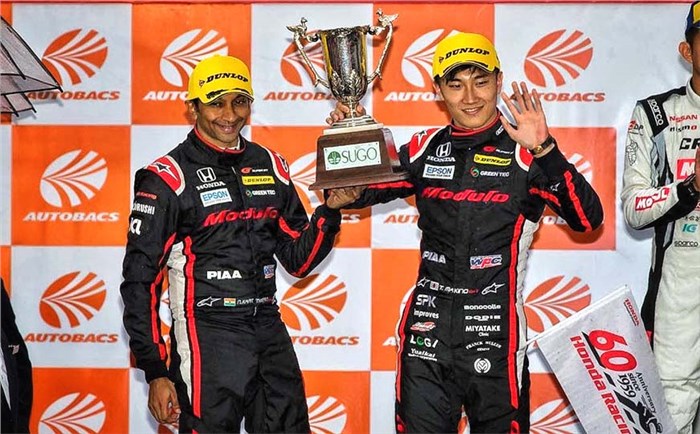 India's first F1 driver, Narain Karthikeyan has successfully secured the second spot on the podium at the Autobacs Super GT series held at the Sportsland Sugo circuit in Japan. He was driving the #64 Modulo Nakajima Racing Honda NSX-GT.

The Autobacs Super GT series championship is the fastest GT series in the world, matching speeds of formula cars.  The race went underway during a light rain shower, he encountered a half spin after contact with the LeMans Lexus of Kazua Oshima. Narain entered the pits during Lap 28 of 81 and the team opted to switch to a different compound of Dunlop wet tyres, thanks to worsening weather conditions.  This in turn helped Narain to rise up the order in the race by overtaking several cars in the process including last year’s championship-winning Honda of Jenson Button, as the Dunlop tyres on his Nakajima Honda shined in the wet.

“It was an exciting race,” an elated Karthikeyan said after collecting the second place trophy. “We started P6 and after a few laps we were battling with the championship leader [Oshima] for P4. He tried to overtake me and hit my front right in the battle which sent me into a spin and pushed me down to P7.

“Then after the first pitstop we shifted to full wet tyres and the tyres started working really well. We worked our way upto P2 overtaking the cars driven by Jenson Button, Heikki Kovalainen [SARD Lexus] and the championship leader.

“The Dunlop tyres were working extremely well with our Nakajima Honda NSX and it all came together in the end for a great result. We will go to the next race with the same pace and we hope to have a strong finish to the season.”

Additionally, thanks to Narain's performance, Nakajima racing secured its first podium finish since the team won the last-ever running of the prestigious Suzuka 1000km in 2017. Narain will now return to action at the season decider to be held at the Motegi circuit in November this year.