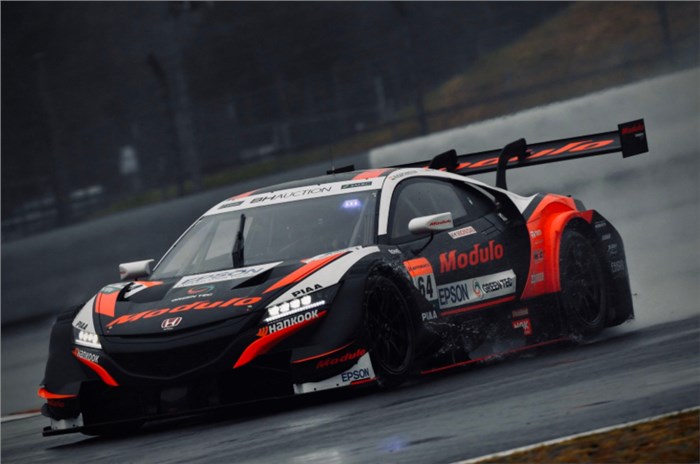 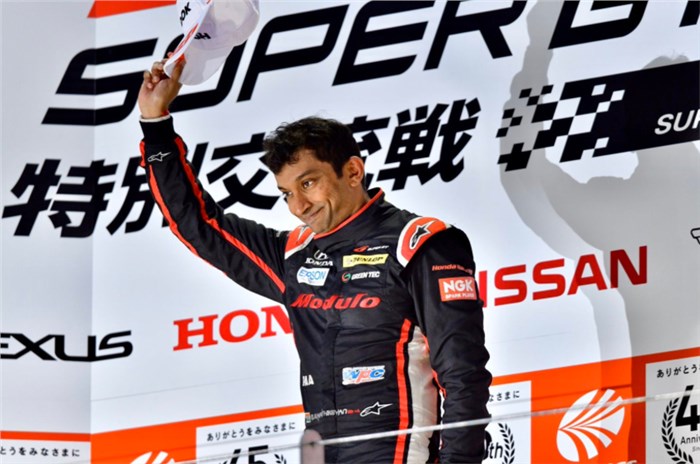 India’s first F1 star Narain Karthikeyan has wrapped up his 2019 Super GT campaign on a high note, winning the second Super GT x DTM Dream Race under chaotic conditions at the historic Fuji Speedway in Japan. This marks Karthikeyan’s first race win since the 2013 Brno AutoGP. Earlier this year, he had bagged a podium finish at the Autobacs Super GT series held at Japan’s Sportsland Sugo circuit, finishing the race in 2nd place.

Driving a Nakajima Racing Honda NSX-GT, Karthikeyan swiftly moved into the lead fairly early on, after overtaking Loïc Duval at the start of Lap 2. From there on, he remained in firm control out at front before taking a pit stop on lap 16/31. The incident-packed race saw a total of three safety car periods and the cold conditions made every re-start a nail-biting affair.

Karthikeyan briefly lost the lead to Benoît Tréluyer after his pit stop, but was able to re-take the position when Tréluyer dived into the pits to serve his compulsory pit stop. Just when it looked like it would be smooth sailing to the finish line, the safety car was brought out once again as the marshals collected debris left on the track following some incidents involving Super GT runners at the back of the field. This set the stage for a final-lap scrap to the finish line – something that Karthikeyan was able to survive to clinch a spectacular victory. Marco Wittman and Loïc Duval ended up completing the podium in 2nd and 3rd place, respectively.

Speaking after the race, Karthikeyan said: “It was quite difficult because it was quite cold and the re-starts were quite critical. The last time I had so many re-starts was probably in NASCAR when I drove in 2010. It was a fantastic race; it was great result for my team Nakajima Racing, the Honda NSX. It’s a nice way to finish off the year.”

After years of discussions, a touring cars crossover race, featuring cars and drivers from the Japanese Super GT and DTM (Deutsche Tourenwagen Masters) series, was given the go ahead for this year in the form of the Dream Race. The event hosted two races running for 55 minutes plus one lap each. Nearly all the Super GT teams fielded their full-season drivers for the race, while the DTM teams fielded a total of seven cars. The DTM driver line-up was made up of some big names, including former champions René Rast, Mike Rockenfeller, Marco Wittmann, former Super GT champions Loïc Duval and Benoît Tréluyer and even motorsport legend Alex Zanardi.