Ahead of Dakar 2022, we catch up with Harith Noah to discuss the pressures of living up to his 2021 record, his preparation for the upcoming edition and more. 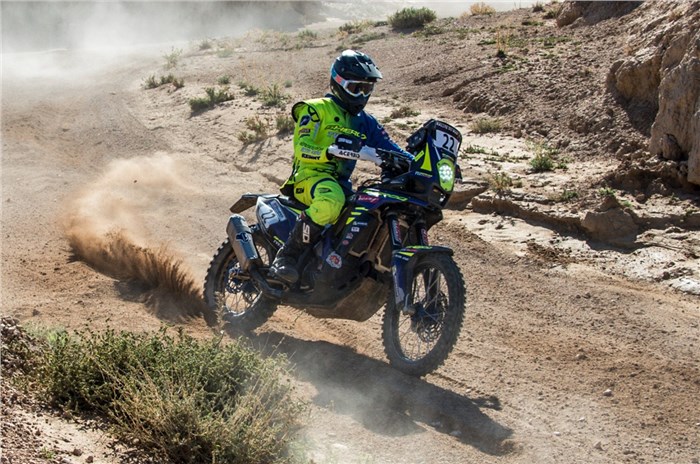 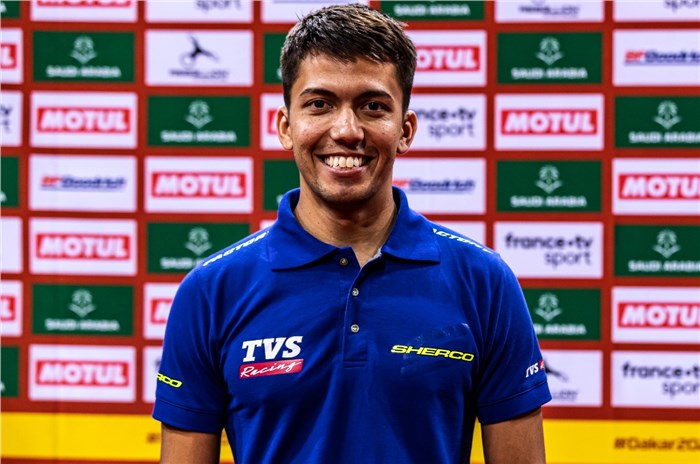 It’s nearly time for the 2022 Dakar Rally. The 2021 edition saw Harith Noah make history, with his 20th-place result being the best-ever ranking achieved by an Indian at the Dakar. And he’s now gearing up to tackle the deserts of Saudi Arabia once again, and perhaps even better his own record.

We catch up with the TVS-backed rider to discuss his preparation for Dakar 2022, updates on his RTR 450 rally bike and more:

Noah’s impressive Dakar 2021 result made him the first Indian to finish in the top 20 of the gruelling event. But that landmark achievement also brings with it added pressure, now that he’s heading into the 2022 edition.

The Dakar is a physical and mental test unlike any other, and Noah admits that there’s definitely pressure to live up to his earlier result. “You try to avoid it as much as you can but it’s [the pressure] going to be there. For sure, you have it in the back of your head that you have finished 20th and you want to do better or you want to do the same,” he says.

In an event where simply reaching the finish line is a massive achievement, Noah has a simple mantra – focus on the process and the results will follow. “I’m not looking at the results or the final goal. I’m just looking at it kilometre-by-kilometre. I’m just trying to focus on the moment, live in the present and trying to do the best at that time,” he adds.

2022 Dakar route: More sand than ever before

For 2022, Dakar organisers have promised “sand in all shapes and colours”. Sure, sand has always featured on the latest Saudi Arabian leg of the Dakar, but the upcoming edition will feature sand and dunes more heavily than ever before.

The lesser rocky stages will allow participants to take advantage of the landscape, but navigation will be trickier than ever. And this is one of the key areas that Noah has focused on. “At the second Dakar, the navigation became much more difficult and I believe it’s going to be the same this year,” he says.

Noah further explains, “When you do the navigation during the race, sometimes it’s easy and then suddenly it becomes hard. So when it’s easy, you can ride at a faster pace and when it’s harder, you have to slow down to a slower speed. And to control that is very difficult at times,”

“So that’s an area I’m trying to focus on – to bring down my speed when it gets difficult and then bring it back up when it becomes easier.”

Much like 2021, Noah will once again compete in the Dakar as a privateer with Sherco, along with backing from TVS. But there will be some big updates on his RTR 450 rally bike.

“It’s pretty new this year,” he says. “The ergonomics of the bike is different, it’s much smaller, it’s lighter as well. It looks completely different, and also some electrics are different,” said Noah.

He further stated that “The engine and frame is pretty much the same. But yes, it feels much better. I rode it a couple of times and it’s much more nimble and agile.”

Riding on sand is an unfamiliar task for many riders in India, as most of them are used to training on hard-pack land. While Noah admits that he’s not the most comfortable on sand, he also believes he’s much better acclimated now than he was last year.

This is mainly because, unlike last time, he was able to compete in the 2021 Morocco Rally and even finished 20th. The event is regarded by many as the ultimate pre-Dakar test because the conditions are quite similar. “I’m more comfortable than last year because this year we got the chance to go to Morocco and train there. Last year, when we went for the Dakar, we didn’t go to Morocco at all. We didn’t ride on sand before going to the race due to restrictions,” he says.

He points out that no amount of training can match actually getting time on the bike in the right conditions. It’s why he’s spent quite a lot of time training in Morocco this year. And while recent COVID-19 restrictions disrupted his plans, he’s found a workaround and is currently training in Spain. He explains, “riding the rally bike in a stage similar to the Dakar, like for example in Morocco, is very important and the more you get to do that, the better prepared you’re going to be.”

The 2022 Dakar Rally will run from January 1-14. Noah will be the only Indian rider competing in the event. CS Santosh will sit out as he continues his recovery journey following his crash earlier this year. However, Indian squad Hero MotoSports will be competing with Joaquim Rodrigues and Franco Caimi.