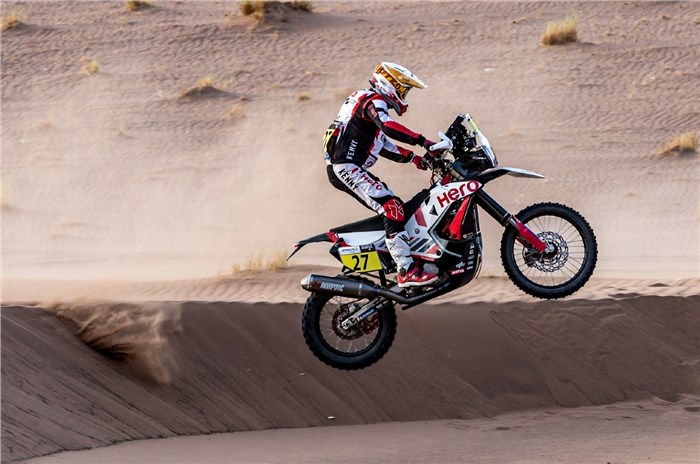 Hero MotoSports have completed the 2021 Morocco Rally in the top 10, with Joaquim Rodrigues leading the charge for the team with an overall eighth place rank. The team’s other two riders – Franco Caimi and Sebastian Buhler – finished 24th and 26th, respectively.

The Morocco Rally returned after a two-year break. The six-day event is regarded by many as the ultimate pre-Dakar test since the conditions are quite similar.

Rodrigues kicked off the rally by winning the Prologue stage and followed that up with a consistent run in the rest of the stages. He ended up finishing eighth overall to hand Hero MotoSports a top 10 finish.

“It was a good rally for me, and I am really happy with my performance,” Rodrigues said. “All the teams here are testing for the Dakar and our bike is performing well against the competition. This is a good motivation for me and the team, and we will continue working on improving further."

A technical issue brought Caimi’s bike to a stop during Stage 2. Having lost a chunk of time as result, he then switched his focus to gaining more experience and sharpening his navigation skills. He ended up finishing 24th overall.

Buhler also faced technical trouble on the first stage and dropped down to 30th place as a result. Hero decided to instead use the remaining stages as an opportunity to test out new parts on his bike.

He did recover some lost ground as the rally progressed, and even finished second in Stage 3. A 10th place result in the final stage saw him climb up to 26th in the overall ranking.

Commenting on the team’s performance at the 2021 Morocco Rally, Wolfgang Fischer, team manager of Hero MotoSports Team Rally, said, “The Rallye du Maroc is always the perfect training ground before the Dakar Rally. The conditions here match what we encounter at the Dakar, and we also have all the top teams here competing, testing and preparing. We had some parts to try out on the bikes, and not everything worked as well as we had hoped, but this is part of the sport and this is why we test.”

"The team has worked hard all year round on improving the bike and we can see, with each rally, the bike becoming more competitive, and our riders have also trained hard and are performing at the highest level,” he added. 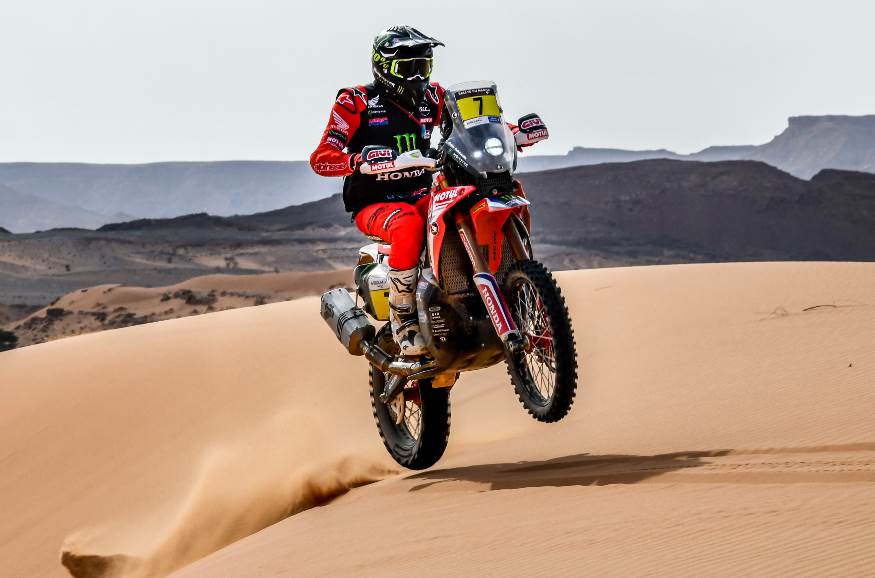 Pablo Quintanilla fended off competition from Matthias Walkner to pick up his maiden win in Morocco. This also happens to be his first win astride the Honda CRF450 Rally bike and comes five months after he joined the outfit.

“Personally, I felt very comfortable, I was riding with great pace, with good navigation and that's very good for my confidence. I am also very motivated for the next objective, which is the Dakar. We are going to take a short break, rest, recharge our batteries and then we will concentrate on the Dakar,” Quintanilla said.