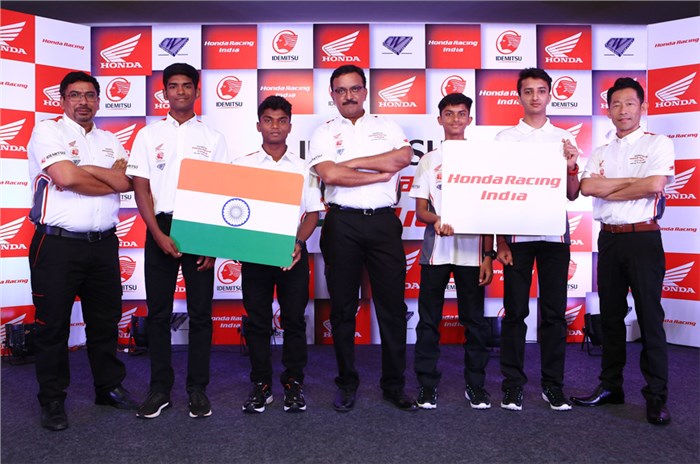 Honda 2Wheeler India has announced its rider line-ups for the upcoming 2019 season of the Asia Road Racing Championship (ARRC) and the Thai Talent Cup.

Rajiv Sethu will continue racing for the Idemitsu Honda Racing India team in the Asia Production 250cc class of the Asia Road Racing Championship. The 21-year-old finished 27th overall in the ARRC last year and 2019 will mark his third consecutive year competing in the series. “For 2019 my preparation has been the toughest with Honda’s best-in-class training facilities. This year, I am challenging myself to climb even further and strive to close the season in top 15,” said Sethu.

Partnering Sethu at the team is Senthil Kumar, who will be making his ARRC debut this year after competing in the Thai Talent Cup last year – where he enjoyed some strong results – and clinching third place in the 2018 INMRC Pro Stock 165cc championship back home.

Commenting on his move to ARRC, Kumar said: “I feel very blessed to get international opportunities with Honda in just two years since the start of my professional racing. ARRC will be my first-ever exposure to Asia’s toughest race. I am extremely happy and excited to be a part of the Idemitsu Honda Racing team and representing India on international soil.”

Honda also announced that it will be fielding 14-year-old Mohamed Mikail and 18-year-old Kritik Habib for the 2019 season of the Thai Talent Cup. Both riders were part of the inaugural Idemitsu Honda India Talent Hunt; Mikail even won the title in the 150cc category, while Habib finished third in same category.