Joaquim Rodrigues picks up a stage win as all Hero MotoSports riders finish Rally Kazakhstan in the top 10. Click here for the full report. 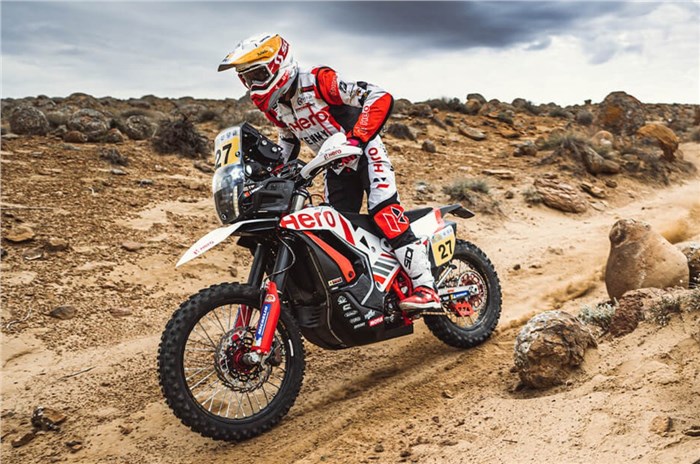 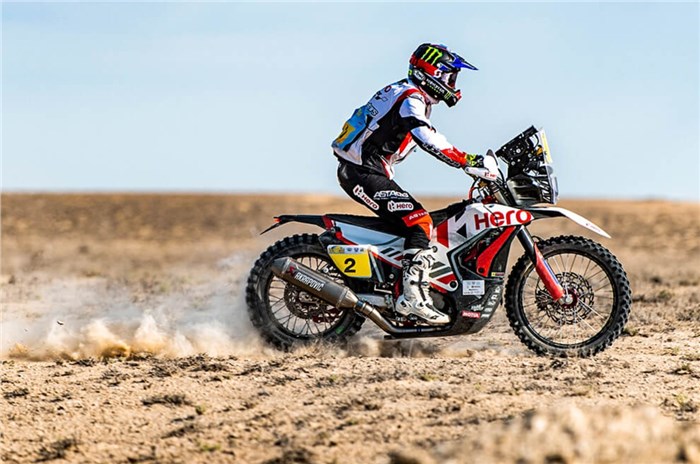 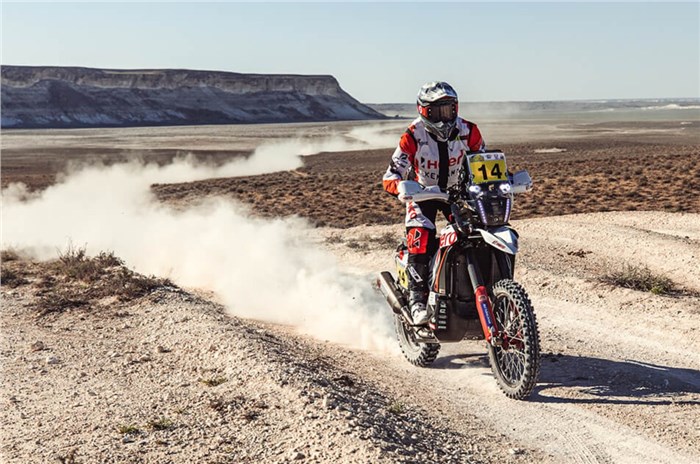 Hero MotoSports Team Rally completed its first Rally Kazakhstan outing with all three riders finishing inside the top 10. Joaquim Rodrigues even managed to win the final stage of the rally to pick up his first-ever stage win in the FIM Cross-Country World Championship.

It took Rodrigues some time to get comfortable with the bumpy terrain of the Kazakhstan countryside, especially when trying to maintain high speeds. But he gained momentum as the days progressed and capped off the rally by winning the final stage. The stage itself was scheduled to run 270km, with a combination of fast tracks, stony desert and tricky descents. However, organisers shortened the stage to 160km due to technical issues.

The result helped him finish 7th overall, after factoring in an earlier penalty. “The bike performed really well, and I am happy to get the stage win, and dedicate it to our friend and mate Paulo Gonçalves. Our final results were compromised by the penalty we took for the tyres, but this is part of racing,” said Rodrigues.

"Overall, the rally was really fast, and it took me some time to get comfortable with the high speeds on these dangerous terrains. It was a good opportunity to test the new configurations on the bike and we finished the rally with a win, so it is a good result for the team,” he added.

Caimi and Buhler in the top 10

Rally Kazakhstan was Franco Caimi’s second outing with Hero MotoSports. Fresh off a top five finish at the 2021 Andalucia Rally, the key focus for him was to gain more experience with the Hero 450 Rally bike.

The Argentine overcame issues with his bike’s rear tyre, along with some navigational errors to finish 8th overall.  Speaking after the rally, Caimi said that he’s “feeling more confident” and is looking forward to the next races.

Sebastian Buhler suffered a small crash in the first part of the marathon stage. Despite recovering well, he too, faced issues with his rear tyre. Nevertheless, he maintained steady pace and finished the rally 9th overall.

Commenting on the team’s performance at Rally Kazakhstan, Wolfgang Fischer, team manager of Hero MotoSports Team Rally, said, “This was our first desert race of the season and the first taste for Franco riding the Hero 450 RR in the desert. A good learning for us was the issue we faced with the rear tyres. Overall, it was a good experience for us and good practice for the riders. It was great to end on a high note with JRod’s [Rodrigues] first Cross-Country Championship stage win.”

The team will now compete in the 2021 Silkway Rally, which will run from July 1-11 across Russia and Mongolia.