F1 races in Bahrain and Vietnam postponed due to Coronavirus

With the first handful of races called off, the 2020 F1 season is now expected to kick off at the Dutch GP in May. 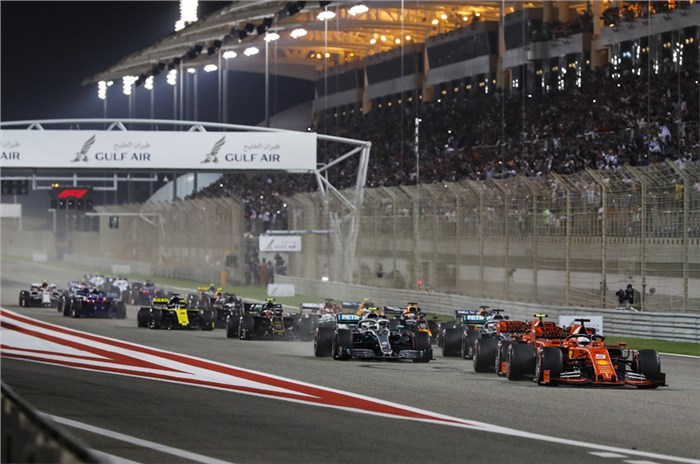 Following the cancellation of the 2020 Australian GP, Formula 1 has now confirmed that its upcoming races in Bahrain and Vietnam have been postponed due to the continued global spread of the Coronavirus (COVID-19).

Formula 1 found itself in a precarious position following confirmation from McLaren that a team member has tested positive for Coronavirus. After hours of uncertainty, the series announced that the 2020 season-opening race in Australia has been called off, just hours before the first practice session was supposed to kick off. With 14 more McLaren members now placed under quarantine and several other teams voicing their reluctance to go ahead with future races, the series has now called off next week's Bahrain GP and the inaugural Vietnam GP (April 3-5).

With the first three races of the year now cancelled, it seems likely that we’ll have to wait until the Dutch GP in May for the F1 season to commence. However, the series has pointed out that “given the sharp increase in COVID-19 cases in Europe in recent days, this will be regularly reviewed”.

The series, along with its governing body, the Federation Internationale de l’Automobile (FIA) maintain that they will continue to work closely with the race promoters in Bahrain and Vietnam to monitor the situation and study the viability of potential alternative dates for both races.

“The global situation regarding COVID-19 is fluid and very difficult to predict and its right we take time to assess the situation and make the right decisions. We are taking this decision with the FIA and our promoters to ensure the safety of everyone involved in Formula 1 and our fans. The Bahrain Grand Prix is an exciting race in our schedule, and we look forward to being back there as soon as we can. We are also looking forward to Vietnam’s inaugural race and bringing the spectacle of F1 to one of the most exciting cities in the world,” Formula 1 Chairman and CEO Chase Carey said.

This also means that Formula 2’s 2020 season opener, which was supposed to run at the Sakhir circuit in Bahrain as a support event for Formula 1, will also be cancelled. As a result, we’ll probably have to wait until May to see Indian F1 hopeful Jehan Daruvala make his debut in the series as a Red Bull-backed driver.