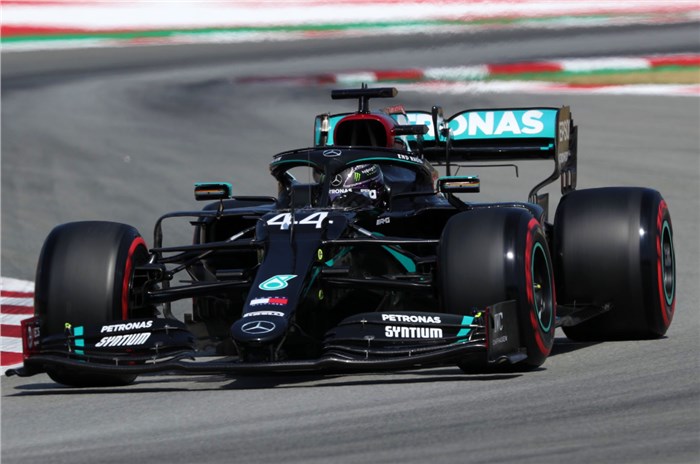 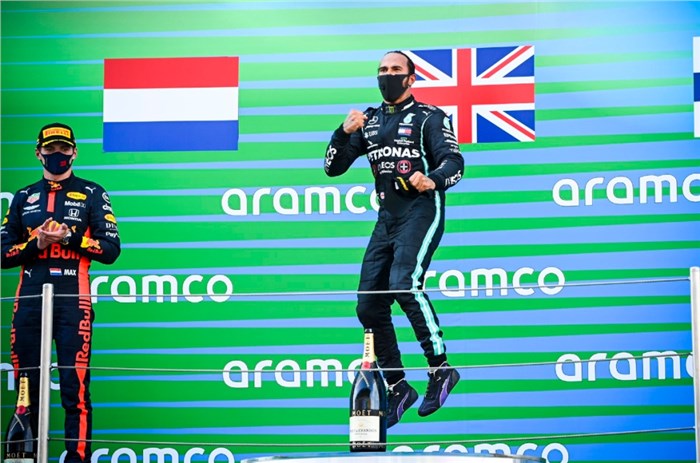 Lewis Hamilton took a comfortable victory at the Spanish GP to further consolidate his F1 2020 championship lead. The Mercedes driver led every single lap at the Circuit de Barcelona-Catalunya to secure his fourth win of the season, a colossal 24.177 secs ahead of Max Verstappen. This also handed Hamilton his 156th career podium finish, breaking Michael Schumacher’s record for the most podiums in F1 history.

Hamilton held on to the lead after a flying start and expertly controlled the pace out at front from there on. Mercedes appeared to get a handle on their tyre wear problems, and such was Hamilton’s advantage that he managed to lap everyone barring the top three.

The Briton took pole and led every lap on his way to winning the Spanish GP, but just missed out on taking home the grand slam as Bottas used his fresh soft tyres to set the fastest lap of the race.

"It felt like a fantastic effort from the team, but oh God it felt good out there. It was a real surprise because we had this problem with the tyres,” Hamilton said after the race.

"Management was very, very good and I think that’s ultimately our understanding of what happened last week, what we brought in to this weekend has inevitably allowed us to do what we did today. I didn’t even know it was the last lap at the end, that’s how zoned in I was, I was ready to keep going.”

Verstappen was unable to repeat his success from last weekend’s race, but he split the two Mercedes drivers. With this, the Red Bull driver has maintained his record of finishing on the podium in every race that he has completed this year. Bottas was unable to catch Verstappen and had to settle for 3rd place.

Racing Point secured a strong result with Lance Stroll and Sergio Perez finishing 4th and 5th respectively. Perez – who returned to action after recording a negative COVID-19 test – crossed the line in 4th place, but he lost a place to his team-mate after being handed five-second penalty for ignoring blue flags.

After qualifying in 11th place, Sebastian Vettel had free choice of tyres and started the race on the more durable medium compounds. Ferrari initially intended to have him on the prime two-stop strategy, and asked him to increase his pace in his second stint. However, in the closing stages, the team decided to switch to a one-stop strategy prompting a frustrated Vettel to respond with “I asked you about this earlier”.

This meant that Vettel – who pitted on lap 28 – had to run on the soft tyres for 38 laps. He lost a handful of positions towards the end of the race, but held on to finish 7th.

Charles Leclerc had to retire from the race following a bizarre incident that saw him stop on track after spinning, only to get going again before retiring in the pits. Ferrari explained that his power unit switched off due to an electrical issue, the cause of which is being investigated.

With wins at the Styrian GP, Hungarian GP, British GP and now the Spanish GP, Hamilton has extended his championship lead to 37 points. Meanwhile, Verstappen’s result helped him hold on to 2nd place overall, six points ahead of Bottas.

After a two week break, F1 will head to Spa-Francorchamps for the Belgian GP on August 28-30.

Dovizioso to leave Ducati at the end of 2020 MotoGP season