Mena and Santosh stand 10th and 35th in the overall standings after Stage 11; Pedrero’s strong performance propels him to 14th overall. 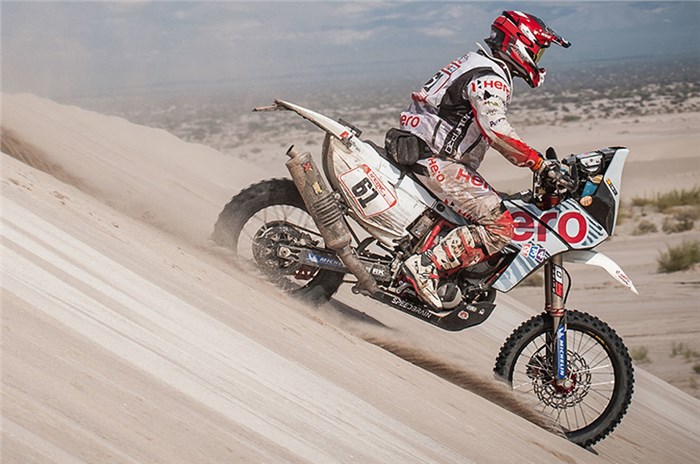 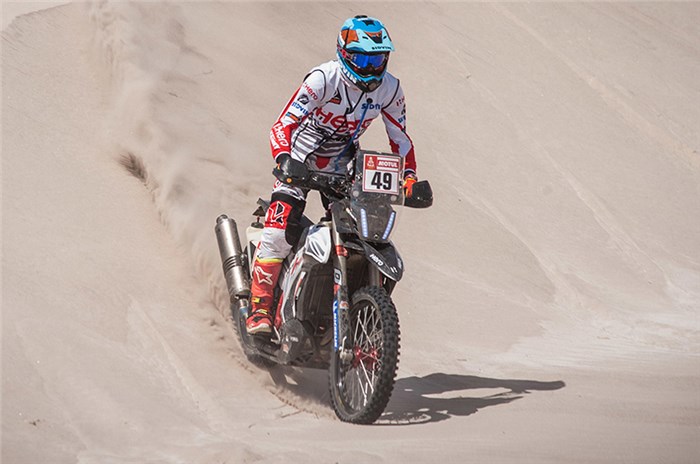 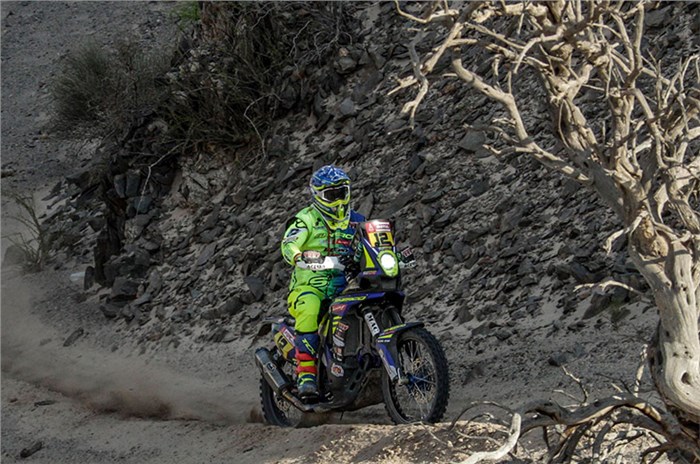 With the 2018 Dakar Rally nearing an end, Stage 11 marked the first leg of the Marathon stage for the bikes. Running from Belen to Fiambala, the stage consisted of a 205km liaison followed by a 280km timed section.

After a strong stage the previous day, Stage 11 proved to be yet another fruitful stage for Hero MotoSports. Oriol Mena continued his top form to finish the stage in ninth place, helping him make his way up to 10th place in the overall standings. Meanwhile, his teammate CS Santosh completed the stage 33rd, gaining four spots in the general classifications for an overall 35th place.

Sherco TVS also had reason to cheer, with Joan Pedrero delivering a strong performance to finish the stage in eighth place – his best stage result in the 2018 Dakar Rally yet. The result has helped him inch closer to the top 10, with a 14th place overall ranking.

Stage 12 of the rally was set to see competitors traverse 723km to San Juan. However, organisers have decided to cancel the stage for the bikes and quads categories due to safety concerns because of the weather. The stage will continue as planned for the cars and trucks categories, though, since their route is different.