Mena and Pedrero break into top 20, as Aravind KP climbs to 29th overall and CS Santosh slips to 56th. 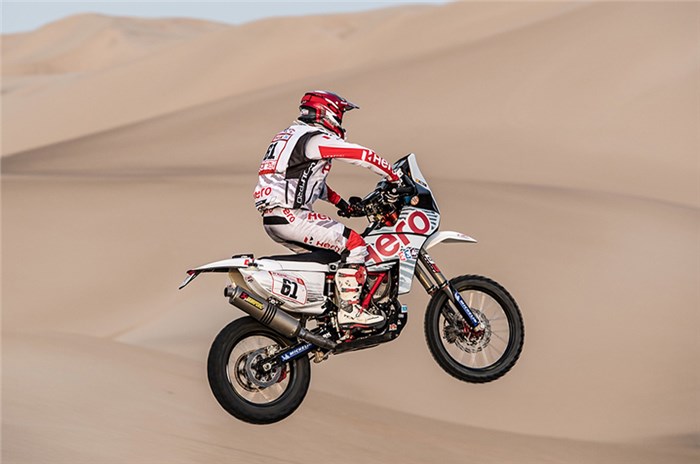 This is Oriol Mena's Dakar debut. 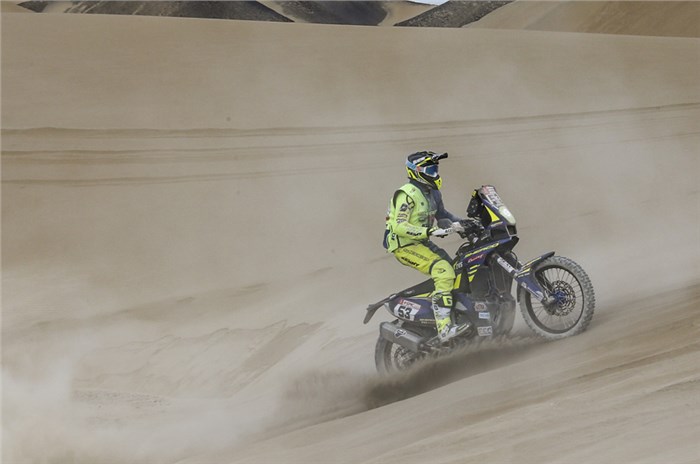 Sherco-TVS' Aravind KP finished 29th at the end of the day. 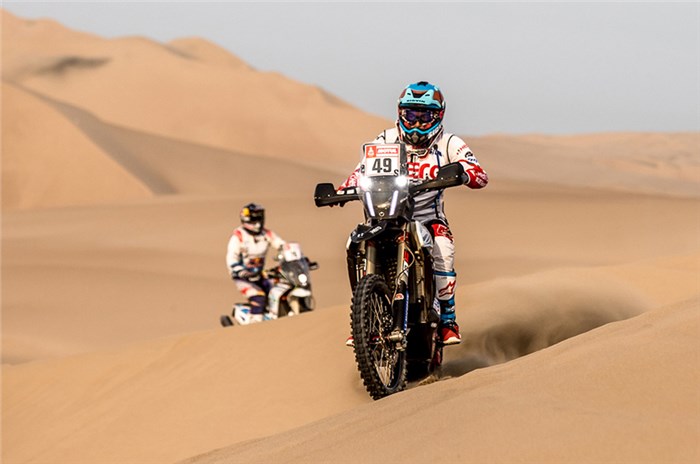 Hero MotoSports' CS Santosh started the day in 28th but slipped to 56th by day-end. 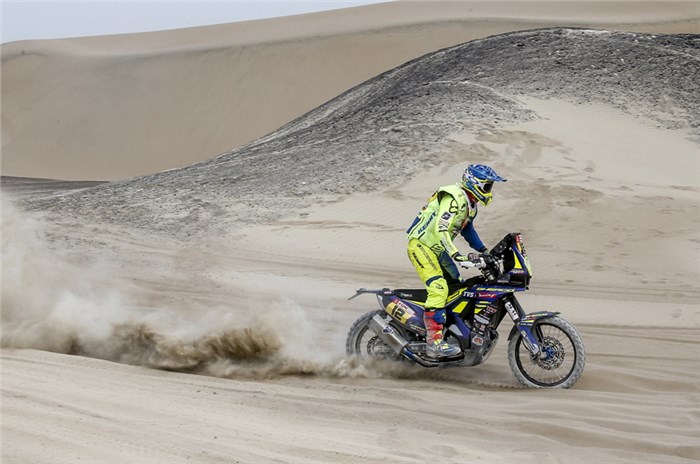 Sherco-TVS' Joan Pedrero finished the stage in 16th to be ranked 20th in the overall rankings.

Stage 3 of the Dakar 2018 – from Pisco to San Juan de Marcona – brought largely positive results for the two Indian manufacturers participating. Hero MotoSports' Oriol Mena, on his Dakar debut, completed the third stage in a fine 12th place to climb to 19th overall, while Sherco-TVS' Joan Pedrero finished the stage in 16th to be ranked 20th in the overall rankings.

Mena did particularly well, overcoming the challenges posed by the windy and dusty stage. The time he lost when he stopped to help fellow rider Armond Monleon was later refunded, pushing him up from 13th to 12th in the stage rankings.

"This was the first really difficult stage with tough navigation. I stopped for a few minutes at 50km to help No. 17 who got knocked out due to a crash in front of me. After that, I managed to get my concentration again and made up good speed to arrive home in quick time," said Mena.

It was a day of mixed fortunes for the Indian riders. While Sherco-TVS' Aravind KP made solid progress to finish the day in 29th (stage and overall),  Hero MotoSports' CS Santosh, who started the day in 28th, slipped to 56th as Stage 3 drew to a close (overall). A loss of fuel towards the end of the stage was the reason for Santosh dropping places in the standings.

"Unlucky for me, the rear tank cap was not closed properly after refuelling and I lost my rear tank fuel before I realised it. Finally, I ran out of fuel 30km short of the finish and had to wait and ask for fuel from some of the slower riders coming at the back. In the process, I lost over an hour’s time today," he explained.

The Dakar entourage will stay back in San Juan de Marcona for Stage 4, which will see participants tackle one of the longest-ever sandy stretches in the history of the Dakar.