Chandhok and Senna confirmed to race with Mahindra Formula E

British outfit Carlin Motorsport will run the team’s operations out of the Donington Park headquarters. 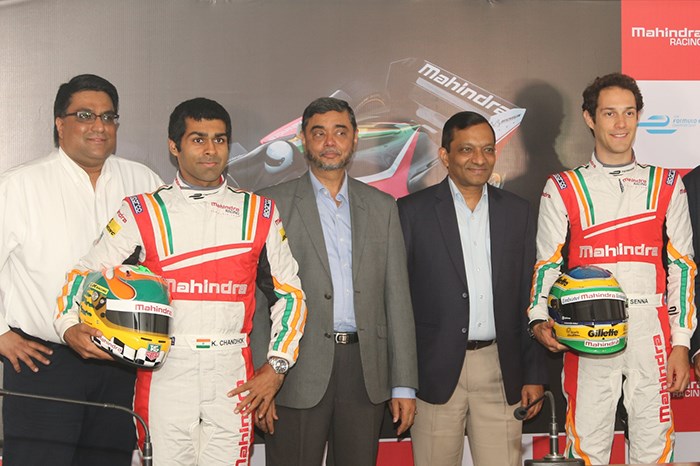 As revealed exclusively by Autocar India last week, former Indian F1 driver Karun Chandhok, and Brazilian Bruno Senna have been signed up by the Mahindra Racing Formula E team to compete in the inaugural season of the electric car racing series.

Mahindra’s announcement means that only three out of ten teams slated to participate in the 2014 season have announced their driver lineups – with the first test of the season scheduled in a month’s time.

Carlin also has an Indian connection dating back to 1999 when Narain Karthikeyan won the first British F3 race for the squad, which has since evolved into one of the most successful racing outfits outside of Formula 1.

The Mahindra team will be headed by team principal Dilbagh Gill, who has worked with several major sporting properties including A1 GP before joining the Mahindra Group in 2011.

Chandhok and Senna also share a history– being teammates during their GP2 days at the iSport squad in 2008 and two years later, made their F1 debuts with the HRT F1 team in 2010.

“I am very excited to be a part of the Mahindra Racing line-up – the team are showing a lot of commitment to Formula E and it’s very encouraging to see the support of senior members of the group to this programme”, said Chandhok, who is also competing in the European Le Mans Series.

“To be a part of the only Indian team in this series is a real honour for me”, he added.

Senna, who is racing in the FIA World Endurance Championship for Aston Martin, commented, “I’m very proud to be joining Mahindra Racing. There is a real ambition within the team to be leaders in Formula E from the start”.

“There will be a lot to learn very quickly, both for the teams and drivers in terms of technology and driving styles and for race fan”, said the Brazilian who also admitted that the association with Carlin was one of the reasons that he chose to go with Mahindra despite being in negotiations with several teams.

Ten teams from countries including USA, China, UK and France, Germany and Japan are set to take part in the debut Formula E season which will see drivers going up against each other in 260 bhp fully-electric single seaters. The races will be held exclusively on street circuits with the season kicking off in Beijing on September 14.