Fernandes had declared that unless the Leafield-based team made significant progress this season, he would likely sever his ties with it. 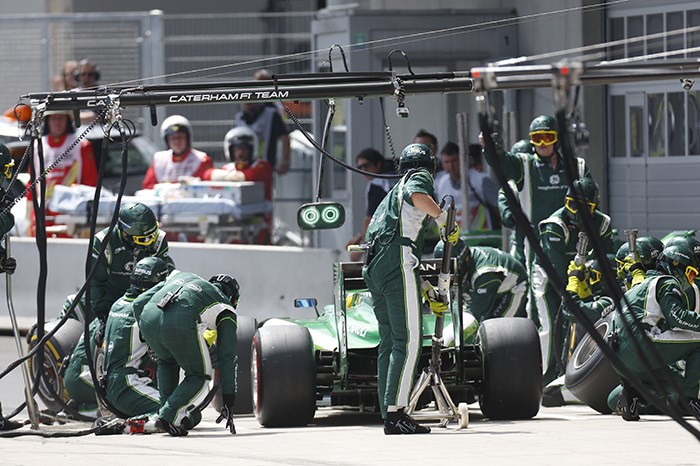 The Caterham Formula 1 team's future is expected to be resolved before the British Grand Prix, as its owner Tony Fernandes closes in on a deal to sell the outfit.

Fernandes declared before the start of the season that unless the Leafield-based team made significant progress this season, he would likely sever his ties with it.

"If we're at the back I don't think I'm going to carry on," he explained.

"Nothing is set in stone, but after five years with no points there is a limit to one's patience, money, motivation, etc. So it's an important year."

With the team having had a tough time on track, and currently bottom of the F1 constructors' championship, Fernandes opened discussions with a number of potential investors who might be interested in taking over from him.

Speculation that a deal was close increased on Friday when, shortly before closing down his official Twitter account, Fernandes suggested that he had given up on the F1 project.

Sources have suggested that a final decision on selling the team will likely be made this week - with an announcement possible before the Caterham team arrives at Silverstone for this weekend's British GP.

Although former F1 team principal Colin Kolles has emerged as the leading contender to conclude a deal with Fernandes, sources with good knowledge of the situation suggest that there are at least three other interested parties who remain in talks.

Kolles was last involved as an F1 team principal at the end of 2011, having run the Hispania outfit for its first two years in grand prix racing.

He has however more recently been involved in plans for a new Romanian team called Forza Rossa, which is hoping to get on the grid next year.

Caterham's current 11th position in the constructors' championship means it is at risk of losing valuable commercial rights income at the end of the year unless it can overhaul Sauber and Marussia.

Only the F1 team is affected by the sale talks, with Fernandes set to retain ownership of Caterham Cars and the Caterham GP2 team.