Arjun Maini wrapped up his maiden DTM season on a high note, with a long-awaited podium result. He discusses the season, adjusting to GT3 racing and more. 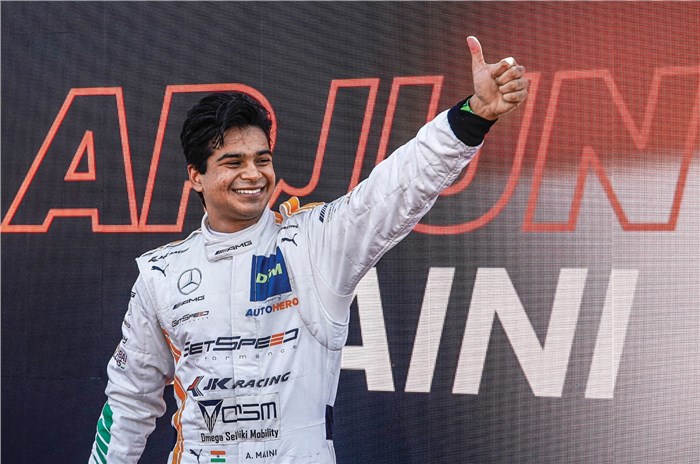 The crescendo for Arjun Maini’s maiden DTM season came at the very end. It took some time to get there, but he finally scored his first-ever podium in the championship, finishing second at Norisring.

Having raced in single-seaters and endurance racing prototypes, Maini decided to give GT3 racing a go. He became the first Indian to race in the DTM, joining the Mercedes-affiliated team GetSpeed.

But it wasn’t the dream start he’d hoped for. Despite showing a promising pace in practice, Maini struggled in the initial rounds. When asked to describe his rookie season, Maini says, “I think, as a whole, it’s a bit bittersweet because we started off with really strong testing and we knew our pace was there straight away. But, unfortunately, in the first few races, the performance wasn’t quite there. So it was a bit disappointing”

“But I got stronger as the season went on and I think in the second half of the season, our qualifying pace especially was very strong.”

Maini admits that he did initially struggle to get to grips with GT3 racing. “It’s different,” he says. “The main thing to get used to is the ABS [Anti-lock Braking System], we don’t have that in single-seaters and prototypes. So the braking technique is quite different in these.”

But it wasn’t just the new car that he had to get to grips with; it was a whole other style of racing. “It’s a lot more aggressive, a lot more wheel banging, bumper banging. It’s a lot closer and you have to be really aggressive to be strong,” Maini explains.

“It was not something I was really used to, because, yes, you can be aggressive in single-seaters and prototypes, but you can’t have a single contact because you’re going to damage your car. But in this, a bit of contact here and there really does nothing. So it was weird getting used to this, but I think by the time I got to Nürburgring, I got good at that as well.”

Furthermore, Maini had to conquer this learning curve while competing against a grid full of experienced DTM superstars like Mike Rockenfeller and Marco Wittmann.

2021 kicked off a new chapter for the DTM, with the championship switching to a customer-based GT3 formula. But Maini points out that majority of the grid still had GT3 racing experience. “For a newcomer to GT3 racing, like me, it [the field] was not really evened out, because I was racing against seasoned GT3 drivers, not really DTM drivers.”

Things finally started to fall into place in the second-half of the season though, and Maini picked up his first points at Nürburgring. He reckons that with some more luck on his side, he could have even picked up his first podium at the Red Bull Ring. But he’d have to wait a bit longer for that.

The next few rounds at Assen and Hockenheimring were frustrating as he suffered a spate of retirements and tough luck. At last, the moment he was waiting for came at the Norisring finale. A lightning-fast pit stop, combined with some great defending, saw him finish second in Race 1.

Reflecting on the round, Maini says, “It was a really good feeling straight away. I feel like usually on street circuits, I’m quite good as well. I don’t know what it was, but it clicked.”

“Our speed was there, qualifying pace was straight away there, race pace was strong as well and, of course, we had a bit of luck on our side during the weekend. Both races were strong. Unfortunately, in Race 2, I got taken out by [Nico] Müller, so I missed out on a podium opportunity there. But at the end of the day, it was a really strong performance,” he adds.

As he stood on the DTM podium for the very first time, Maini recalls an immediate sense of relief. “We were pushing for the whole year and you never think the missed opportunities could come back when you’re sitting away from the racetrack.”

“But at the end of the day, I think we got ourselves back into that place and, at some time, luck kicked in. So it turned out good and it was just a lot of relief to be on the podium. But then straight away, as soon as you’re there, you want more. You think ‘I can win now,’ so that’s the next step.” 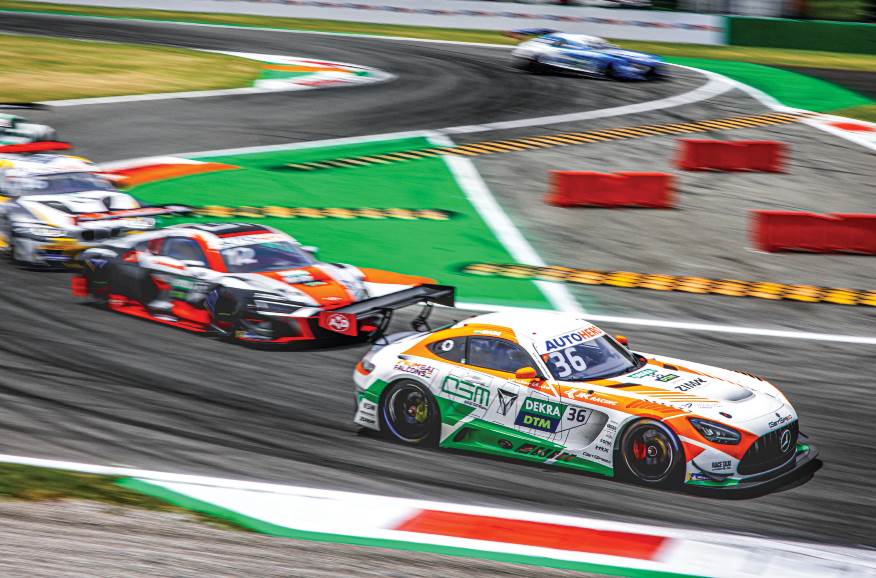 Maini was out there essentially representing the whole nation, further highlighted by the fact that his Mercedes-AMG GT3 race car donned the colours of the Indian flag. It’s a high pressure situation to be in.

When asked if this was something that played in the back of his mind, Maini says, “Of course. I always put pressure on myself anyway to make sure that I perform my best, sometimes maybe a bit too much. So it can backfire for sure.”

“The beginning of the season was very frustrating, just the fact that you know you can be up there, but you’re not able to do it. I think a lot of Indians were looking forward to a strong DTM season for me. So, of course, it was quite disappointing that I wasn’t able to deliver.”

“So, at the end, I’m quite happy that all the pressure paid off and we could at least give them something.”

Ultimately, Maini believes he did deliver a successful rookie campaign. “I was off to a rocky start, but at the end of the day I think I showed that I can fight at the front consistently, both in qualifying and in the race.”

“A lot of the other guys are in a car almost every weekend. So hopefully I get a few more seats here and there, that should be able to help me,” he adds, calling attention to just how important seat time is.

While nothing has been confirmed so far, Maini is hoping to return to the DTM next season. Should he return, he already knows what needs to be worked on.

“I think in general our race pace, when there was no tyre degradation, was always strong; but we struggled in places where we had high tyre degradation. So I think that would be a point to improve on if we come back next year; to make sure that our tyre saving – from either side, set up and myself – is on point, so that’s not a weakness,” he explains.

At just 23 years old, Maini’s already built an impressively diverse racing portfolio for himself. “I’ve done Le Mans which was a big dream for me, I’ve done Formula cars, and now the DTM. So I think I’m almost done with the racing bingo!” he jokes.

He’s yet figuring out his racing plans for the near future, but there is something pending on his checklist. “The GT endurance side really excites me,” he adds.

“So the World Challenge, maybe the Nürburgring 24 Hours, a few of these I think would be nice to do as well.”