Selection rounds will be held in Mumbai and Bengaluru on February 8 and 29, respectively. 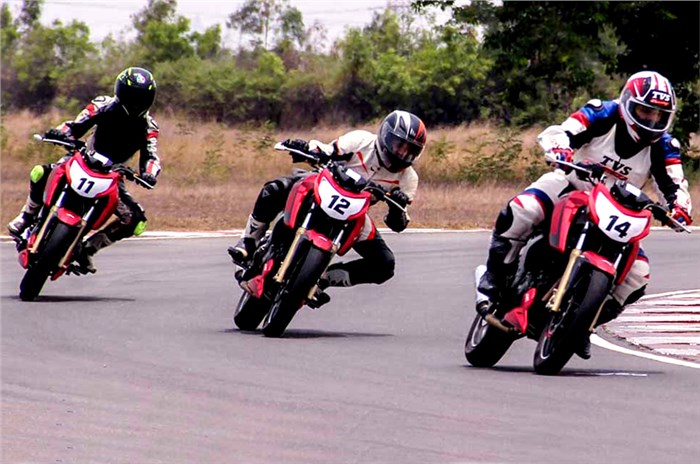 TVS Racing has begun accepting applications for the fifth edition of its Women’s One Make Championship, with the selection rounds slated to kick-off next month.

Comprising a total of five rounds, the championship will be held alongside the 2020 Indian National Motorcycle Championship. Like last year, the selected competitors will battle it out astride the race-prepped TVS Apache RTR 200 4V.

Two selection rounds will be held – the first one in Mumbai on February 8, followed by one in Bengaluru on February 29. The sessions will also include a day-long training programme with notable TVS Racing riders Jagan Kumar, Aishwarya Pissay, KY Ahamad and Harry Sylvester serving as mentors. The top riders from each round will be shortlisted based on their lap times, physical fitness and riding capabilities.

The shortlisted riders will then move on to compete in the final selection round, which will be held at the Madras Motor Race Track on April 18. The 16 fastest riders from this round will compete in the championship.

Interested racers will be required to pay a registration fee of Rs 1,000. To register, fill out the form here.