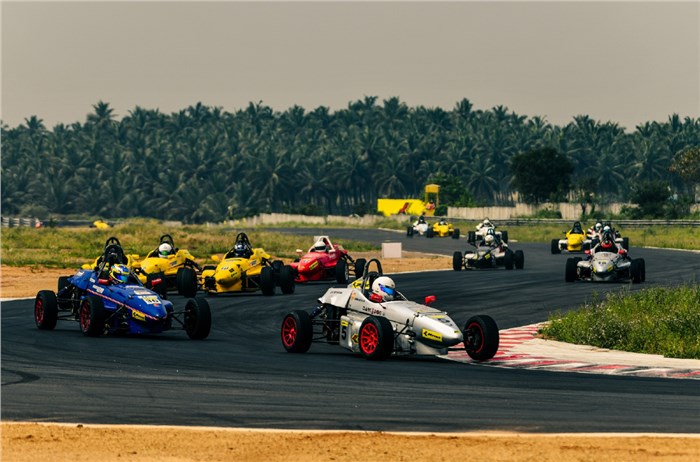 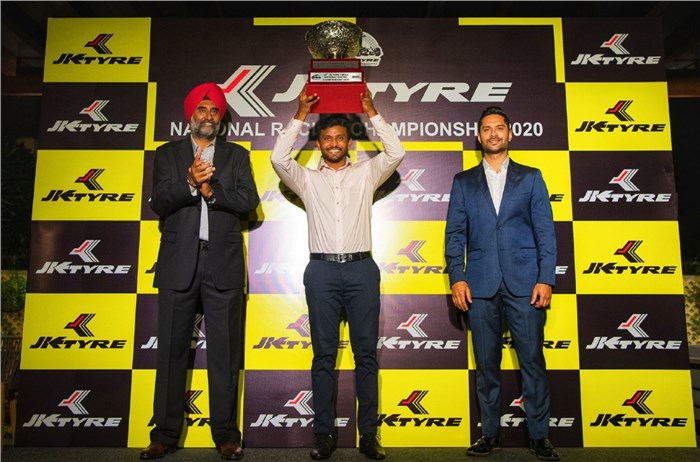 We sum up all the action from the finale at the Kari Motor Speedway:

Continuing his strong form from Round 1 of the JKNRC, Dark Don Racing’s Ashwin Datta finished the first two races of the weekend on the podium, winning the second of those. This placed him in a great position to seal the championship, but motorsport is unpredictable and the 22-year-old had to endure a difficult final day.

His car was struck with a brake failure in the first race and he had to start the final race from the back row of the grid. This took the title right down to the wire. Unfortunately for Datta, he crashed out at the very first corner and he had to spend the rest of the race viewing from the sidelines as a spectator.

This meant the ball was in his teammate Sandeep Kumar’s court and the seasoned racer decided to exercise caution and avoid any unnecessary risks. He finished the race in 5th place to take home the crown with 66 points. Datta had to settle for 2nd place overall with 63 points, while MSport’s Vishnu Prasad is 3rd with 54 points.

MSport’s Amir Sayed was in a league of his own in the Novice Cup category, which uses Formula 1300 cars. This is the 16-year-old’s first time competing in the championship and he managed to seal the title with two races to spare.

But this didn’t mean he’d take it easy and he returned the next day to win the remaining two races too. The youngster collected the maximum possible 120 points after winning every single race in the championship. “I spent a lot of time with Vishnu Prasad on the tracks in Chennai and Coimbatore. He has mentored and guided me and that is why I could do well in this championship,” he said, commenting on his transition from karting to single seaters. DTS Racing’s Dhruvin Gajjar and Aman Chaudhary finished 2nd and 3rd respectively.

Ahura Racing’s Anushriya Gulati defeated some tough competition in LGB Formula 4 to take home the Rookie title. She had another reason to celebrate as she also pipped Mira Erda and Phoebe Nongrum to win the Women’s category title.

“I took up formula racing only one year back and am truly thrilled to win two titles in the national racing championship in just my second year,” said Gulati. “It wasn’t easy as the competition was very tough, with many boys in fray in the Rookie category and some experienced ladies in the Women’s category.”

This Ahura Racing’s third year fielding an all-women’s team in the JK Tyre National Racing championship, and five out of six of the team’s racers finished in the top 10 of the Rookie category. This is also the second consecutive year that a racer from the team has clinched the Rookie title.