Noah’s 20th place is the best result secured by an Indian at the Dakar rally, improving on CS Santosh's 34th place finish in 2018. 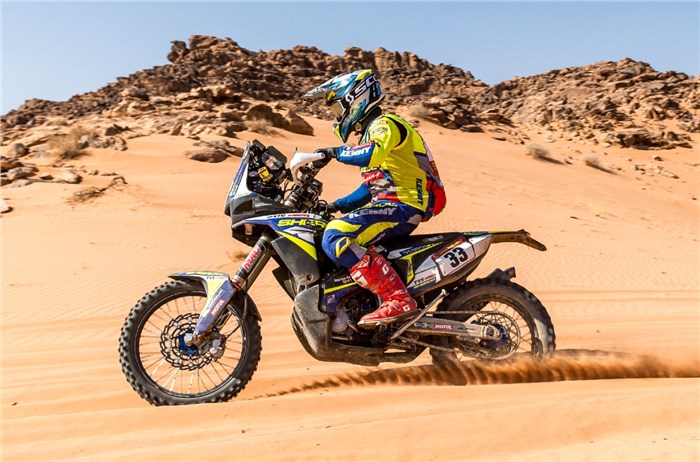 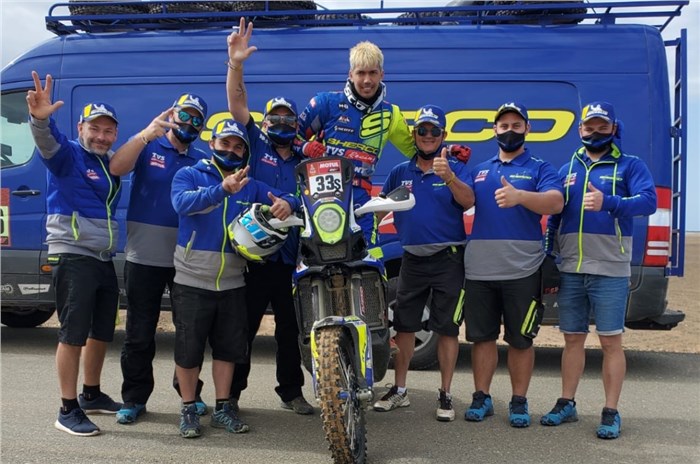 Harith Noah has completed the Dakar Rally in an impressive 20th place - the best ever ranking achieved by an Indian at the rally that’s referred to as the “toughest race in the world.” This is his second outing at the Dakar and this year, Harith entered as a privateer with the Sherco Rally Factory Team, and was backed by TVS Racing.

Bouncing back despite a crash in stage 4

Harith was off to an impressive start from the very beginning, completing the first of the 12 stages in P31. He managed to hold onto the same place for the next couple of stages, but things took a turn for the worse in Stage 4. A high-speed crash left his bike with a broken rear fuel tank, which forced him to stop and re-fuel twice. Despite this, he was able to make it through the stage in 66th place, dropping in the overall classification to 37th. This stage was particularly bad for fellow Indian racer, CS Santosh, who crashed out of the race.

Over the next four stages, Harith managed to slowly get back into his stride, finishing in P33 at the end of Stage 8.

The last four stages are where he really came into his element, racking up 17th, 16th, 18th and 19th place results in Stages 9 to 12, respectively. In fact, he completed Stage 9 in the top 15, but was later handed a penalty for braking too late into a speed zone and even suffered a little tip-over 500 metres from the finish line.

As he collected his medal from the final stage, Harith said “It was a very difficult Dakar. It’s had its ups and downs, but I’m really happy to be here because last year I could only finish as part of the Dakar Experience category.”

Harith is the first Indian competitor to finish in the top 20 at the Dakar Rally. The milestone was previously CS Santosh's 34th place finish in 2018.