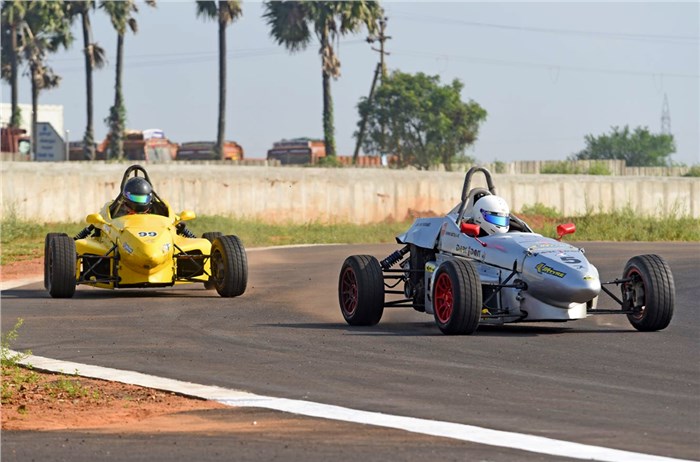 Dark Don Racing’s Ashwin Datta won three out of six races over the weekend. But it wasn’t a trouble-free run for him; despite being initially declared the winner of Race 3, he was later demoted to 13th place based on protests and official observations. Ahura Racing’s Sarosh Hataria inherited victory as a result.

But that didn’t deter Datta and he returned the next day to take two back-to-back wins. He just missed out on making it a clean sweep after leading the final race, until the penultimate lap. Race 1 winner Vishnu Prasad and Raghul Rangasamy, both of whom are racing for MSport, were breathing down his neck. With the pressure beginning to show on the frontrunners, Prasad and Datta ended up making contact when the former was trying to pull off an overtake. Prasad did end up injuring his right wrist during the incident. All of this helped Rangasamy win the final race of Round 1.

Datta’s performance sees him take the overall LGB Formula 4 lead with 39 points, just 7 points ahead of Rangasamy. It’s a tight battle in the standings, with Prasad just two points adrift in third place.

Mira Erda, who is also racing for MSport, was declared the best woman performer of the weekend. She currently sits 12th overall, with a highest finish of 6th place in Race 1. Ahura Racing’s Anushriya Gulati, meanwhile, was declared the best performer in the woman novice category. Just like last year, the team is fielding an all-women driver line-up in LGB Formula 4. 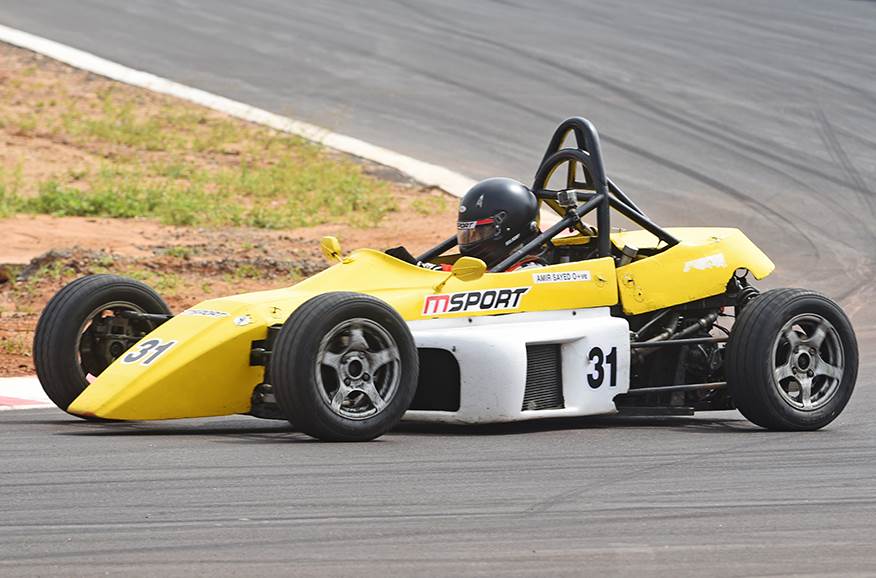 The round also hosted the JK Tyre Novice Cup, which uses Formula 1300 cars. MSport’s Amir Syed proved to be unbeatable as he won all six races to score the maximum possible points. This gives him a hefty 26 points advantage over second placed Dhruvin Gajjar (DTS Racing) in the championship.

The next round of the JK NRC will once again take place at the Kari Motor Speedway on January 22-23, 2021.