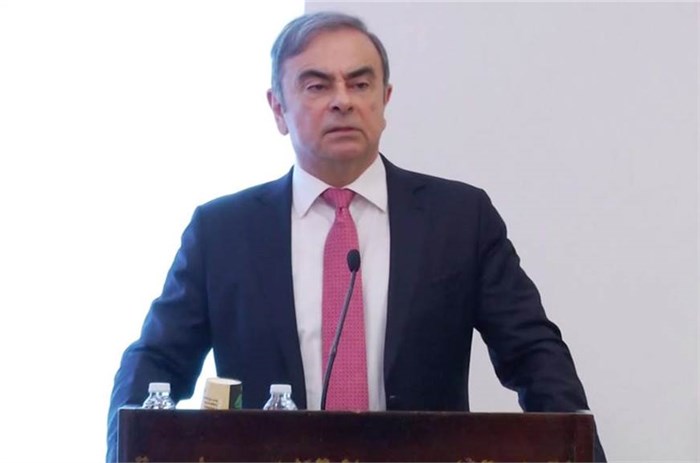 Nissan is seeking $90 million (around Rs 642 crore) in damage payments from former chairman Carlos Ghosn, who remains in Lebanon following his highly publicised escape from custody in Japan.

The civil claim, filed at Yokohama District Court, has been filed by the manufacturer in an attempt to “recover a significant part of the monetary damages inflicted on the company by its former chairman”.

Ghosn issued a statement in response to the lawsuit, suggesting the move is linked to Nissan’s recent decline in profits. It reads, “Nissan's manoeuvres continue: this complaint is made public on the eve of the Japanese group's financial results.”

"We note that after months of announcing damages of 35 billion yen, Nissan is now claiming 10 at the moment. Mr Ghosn's lawyers will react on the merits of the case once the content of the claim has been brought to their attention."

Ghosn was being held in Japan, after claims that he had understated his annual salary and misappropriated company funds. It remains unclear how he made his way to Lebanon, but he said he did so to escape “injustice and political persecution.”

It's expected that Nissan will file further damages claims against Ghosn in the future, because it will be liable for any regulatory costs arising from his alleged misconduct.

It has also emerged that Nissan is considering bringing charges of defamation against Ghosn, following remarks he made at his high-profile first press conference in Beirut. “My unimaginable ordeal is the result of a handful of unscrupulous, vindictive individuals,” he said at the time.