The next-gen CarPlay will allow users to access climate control, and display fuel and speedometer readings in thematic format. 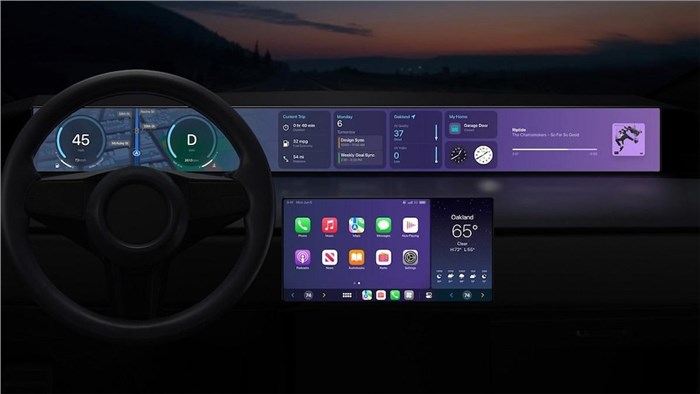 At the ongoing Worldwide Developers Conference event in California, Apple announced a complete redesign of CarPlay that will enable it to control core car features. Since its launch in 2014, Apple CarPlay has been an important function that allows users to play music, navigate and make calls by connecting their iPhones to their vehicle's infotainment system.

We had reported previously that Apple had plans of hitting refresh on CarPlay’s design. The need to integrate core car functions with CarPlay apparently came about after a few Apple users complained that they had to exit CarPlay to access the climate control and other car-related functions.

The design change means larger screens on cars would look like an iPad with Apple’s latest user interface (UI). CarPlay would also add support for widgets and other functionality to the instrument cluster so that users don't strain their necks.

Apple also says that this has been designed for varying screen sizes and will first be adopted by major global automakers by 2023.

With cars increasingly being festooned with screens for most functions, Apple CarPlay can take control of those screens and display climate settings, navigation and even fuel and speedometer readings in a thematic format. It can replicate most of the items from the infotainment onto the instrument cluster, over and above traditional readings like engine rpm, speedometer and fuel/battery levels.

For now, the list of carmakers that will support the redesign are limited to Mercedes-Benz, Honda, Acura, Audi, Porsche, Volvo, Jaguar, Land Rover, Polestar, Nissan, Renault, Lincoln and Ford. Apple is also reportedly working on its own car, and rumours claim it will launch in 2024.

This deeper integration, Apple hopes, will help vehicle users control the radio, set directions or even change the climate settings directly through CarPlay. This would also help people who aren’t well versed with the readings that cars display.

In a comprehensive design overhaul, Apple's competitor, Google, had also recently announced improvements that will make the software more flexible and address the UI inconsistency across a variety of screen sizes.

Android Auto to get design overhaul, will fit all screen sizes

Do you think the added functionality on CarPlay would be useful? Let us know in the comments below.