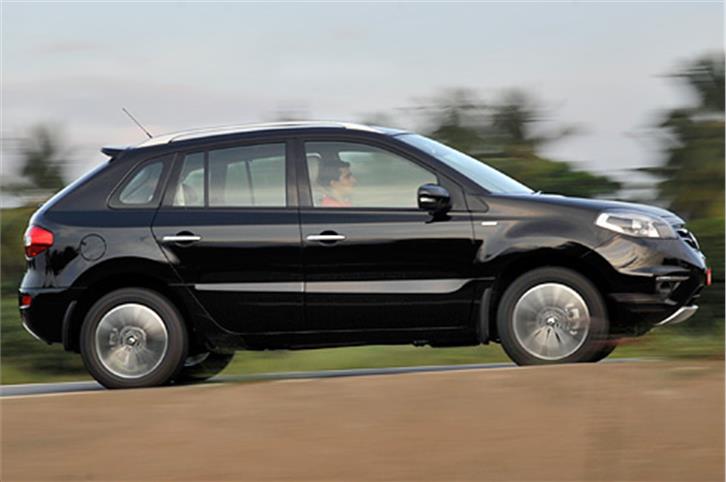 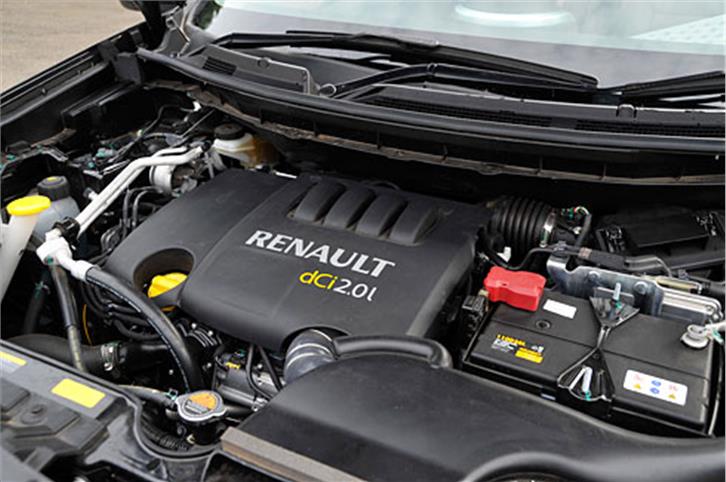 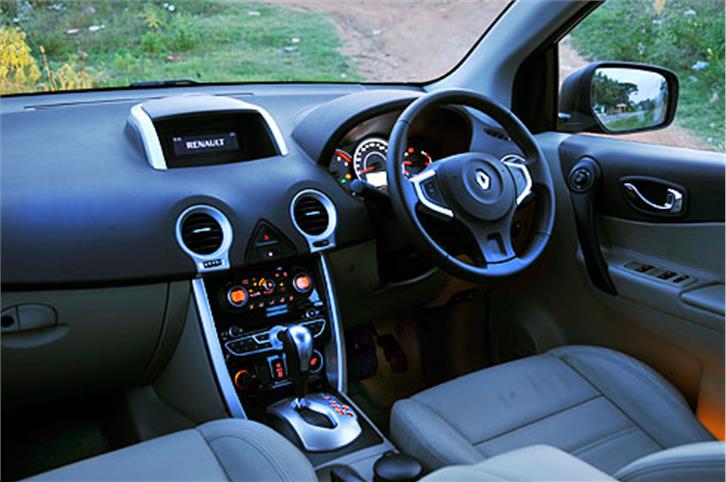 Renault's new Koleos is a user-friendly and a clever SUV, but a bit too pricey.

The face-lifted Renault Koleos made its world debut in India on September 8th, pipping the official launch in China by a few days. To be first in the world may not be of much significance to Indian customers but its a statement by the French car maker on the importance of the Indian market. With the Koleos, Renault wants to take its brand further upmarket with its fully loaded SUV but is it up to the job? A long drive from Bengaluru into the forest of Karnataka reveals the answers.

The styling changes with the face-lift have yielded a smarter, more conventional looking car. If you liked the Fluence, you will like the Koleos. The headlamps have a similar shape and house projector lamps. The two piece grille of the original car has now been replaced by a big chrome affair with three horizontal slats and a big Renault logo in the middle. The rest of the car remains the same.

For India, the Koleos comes in only one variant but it’s packed to the gills with kit. Standard equipment includes six airbags, cruise control, parking sensors, automatic 4-wheel drive, and rain and light sensors. The highlight though is the 8 speaker BOSE music system that is a headbanger’s delight. However, Renault could improve the interior quality as the wide expanse of the dash top looks rather bland. The plastics could also be more tactile. However, the switches and the controls for the air-con and music system have a nice knurled finish and are great to use.

Powering the car is a 2.0-litre turbocharged engine producing 150bhp of power and is mated to a six speed automatic gearbox. While the figures are impressive on paper, out on the road the Koleos lacks punch. The mid range feels a tad weak and you miss that strong, spikey surge of a turbo-diesel when you get into the meat of the power band. However, the linear and lag-free nature of the engine encourages you to drive without a sense of urgency. And that's just as well, because when you rev it hard and past 3800rpm and there's a distinct vibration that creeps into the cabin. The gearbox can be a bit slow for spirited driving but shifting to manual mode enhances the experience dramatically

The suspension is one of the highlights of the Koleos. It is pliant for the better part, soaking up bad roads with utter ease though an underlying firmness can be felt at lower speeds and over sharp edges where a mild thump sometimes filters through. Despite its size and weight, the Koleos is easy to drive and its car-like manners inspires a lot of confidence. No doubt, the high stance translates to a bit of body roll through corners but the well-sorted suspension ties the Koleos down nicely and the overall body control and stability is very impressive. The electrically assisted power steering is quite accurate and offers sufficient feel which adds to the driving pleasure.

On the inside, the Koleos’ rear bench is pretty spacious and supportive with the right amount of bolstering and adequate knee-room. Even the front seats (fully-powered for the driver) are comfortable, managing to keep aches or pains at bay even after a long drive. There are some neat touches too like the way the rear seats flip forward with the simple tug of lever and the clam shell opening of the tail gate which enhances its versatility.

The Koleos makes a strong case as a user-friendly SUV with its compact dimensions, automatic gearbox and long list of equipment. In its latest avatar it looks pretty good and is reasonably well finished. However, performance is far from scintillating and the Koleos despite its equipment list doesn’t feel as premium on the inside as its Rs 22.99 lakh price tag suggests. It's a smart SUV that's not so smartly priced.