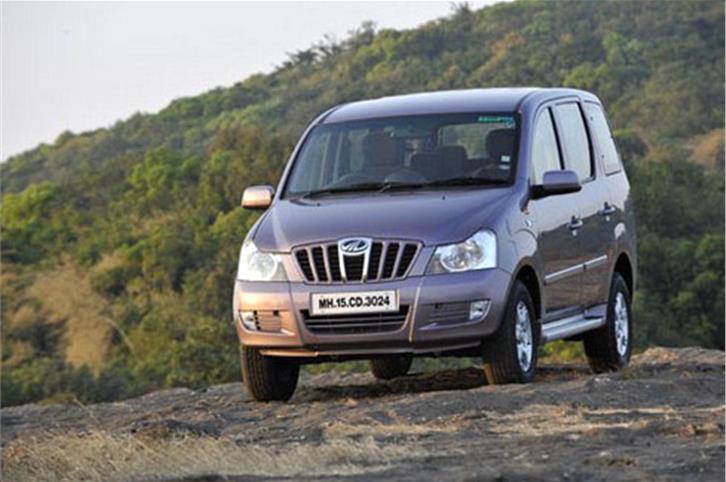 The attempt to stamp M&M’s SUV DNA on an MPV and a conscious endeavour not give a generic van-like shape has resulted in a mish-mash of a design that’s, to put it mildly, a bit odd. The trademark M&M grille (which gets a silver tooth in the centre) looks out of place under the drooping bonnet and the skyscraper proportions don’t do the Xylo’s looks any favour either.

To be fair, there are lots of interesting styling elements like the angular front lights and shapely ones at the rear as well but they look far better in isolation. The Xylo’s upright A-pillar gives it more of an SUV stance and it lacks the sleekness of the longer and distinctly ‘monospace’ Innova. The idea was to save on length and use as little road space as possible and in this regard the Xylo makes good use of its vertical shape. This is, after all, an MPV that’s been designed ‘inside out’ and it shows.

The Xylo’s body-on-frame construction is an evolution of the bolero(one reason it can keep costs low) that Mahindra claims is 30 percent stiffer than the Scorpio’s chassis. The independent front suspension uses double wishbones and coil springs. It also gets an anti-roll bar in the front but not at the rear. The rear suspension is a non-independent, live axel with coil springs, a notch up from cart-like leaf springs.