Formerly a diesel-only model, the Brezza makes the dramatic shift to petrol-only power. How does that translate on the road? 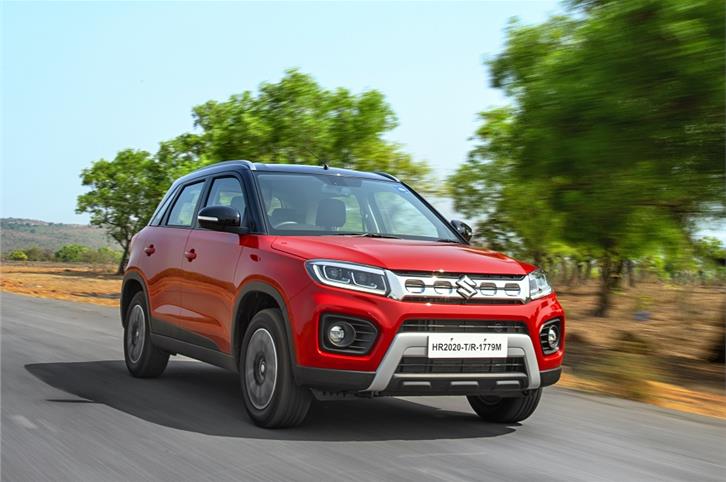 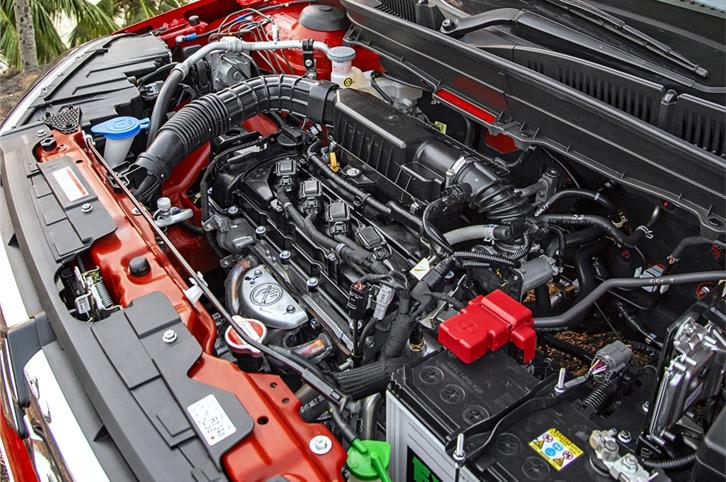 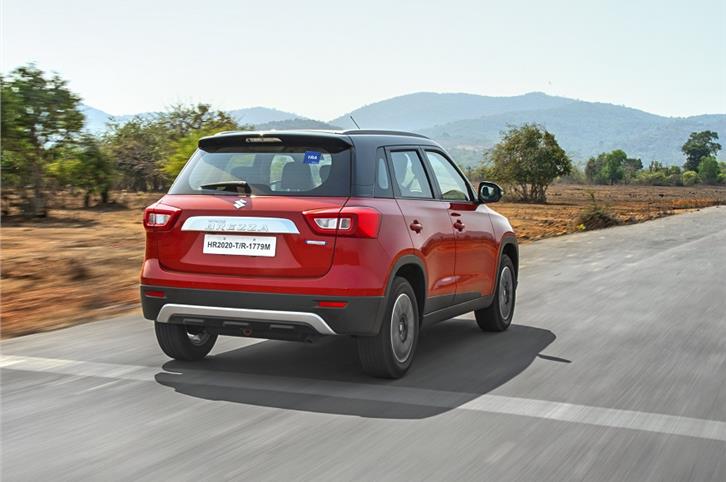 Only automatics get mild-hybrid tech.

In an ideal world, the Maruti Suzuki Vitara Brezza should have waltzed into the BS6 emissions era with a new 1.5-litre diesel engine in place of the older BS4 Fiat-sourced 1.3-litre diesel. However, things didn’t go to plan. Maruti Suzuki’s new in-house 1.5 diesel does not meet the latest emission standards and this forced the carmaker to take the tough decision to withdraw the engine after its very short stint under the hood of the Ciaz and Ertiga. As a consequence, come April 1, 2020, Maruti will have a petrol-only range, and that also means a big change to the formerly diesel-only Brezza.

Enter the Vitara Brezza petrol. It shares its BS6-compliant K15 1.5-litre engine with the Ciaz and Ertiga, and has the job of maintaining the Brezza’s position at the top of the compact SUV sales chart. Maruti, for its part, is confident the Brezza petrol will replace diesel volumes 1:1. Question is, does the new Brezza petrol have the same mass appeal as the original Brezza diesel?

The Maruti Vitara Brezza’s 1.5-litre, naturally-aspirated petrol engine makes 105hp at 6,000rpm and 138Nm at 4,400rpm which aren’t shining figures for the compact SUV segment. However, in everyday driving you won’t have reason to complain. The engine is smooth and quiet, there’s enough pep at low speeds, and, though unexciting, there's a pleasant build of speed. Overtaking traffic won’t pose much of a problem either, but what’s missing is that mid-range kick that you’d get on a turbocharged engine, the old Brezza’s diesel included. That being said, the Vitara Brezza petrol isn’t slow. In our preliminary tests, the Brezza petrol did the 0-100kph dash in a brisk 11.89sec (a Venue turbo needs 11.4sec), 20-80kph in third gear in a class-best 11.40sec, and 40-100kph in fourth in a respectable 14.88sec. 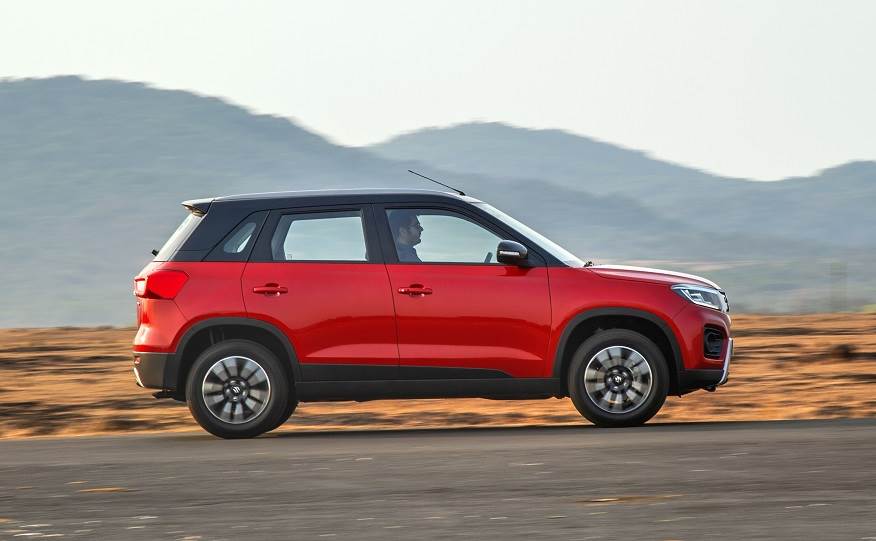 The 1.5 petrol engine isn’t quick-revving and tops out at just over 6,000rpm. Still, keep your foot pinned down and you’ll like the way the engine winds in the top-end of the rev band. The throaty note from the unit also adds some character.

The Brezza petrol’s standard-fit 5-speed manual gearbox requires little effort, and the light clutch is also easy to live with in town. Also on offer is an automatic transmission-equipped version that features a 4-speed torque converter. While not cutting edge, it's a more sophisticated unit than the old Brezza diesel’s AMT. Shifts on the Brezza petrol-auto are smooth and the gearbox is well in tune with the engine’s easy-going character. Driving with a light foot will have the gearbox upshift to a higher gear for best economy. It’s when you want immediate power that the gearbox tends to falter, taking a bit of time to get to the right gear. For average needs, performance is more than acceptable.

Interestingly, the Brezza auto with an ARAI-tested fuel economy of 18.76kpl is more efficient than the manual that’s rated at 17.03kpl. Part of the reason is Suzuki’s SHVS mild-hybrid system that’s exclusive to the automatic versions. The system comprises an integrated starter generator and a lithium-ion battery, and adds in mild motor assist under hard acceleration, energy recuperation on deceleration and auto start/stop functionality.

In other areas too, the Vitara Brezza feels different now. The steering is lighter and requires less effort to twirl, while low speed bump absorption seems to have improved too. You don’t feel as much of the surface imperfections as before. On the flip side, the steering has lost some of the older Vitara’s directness, which takes away confidence at higher speeds. There’s also more vertical movement when you go faster. 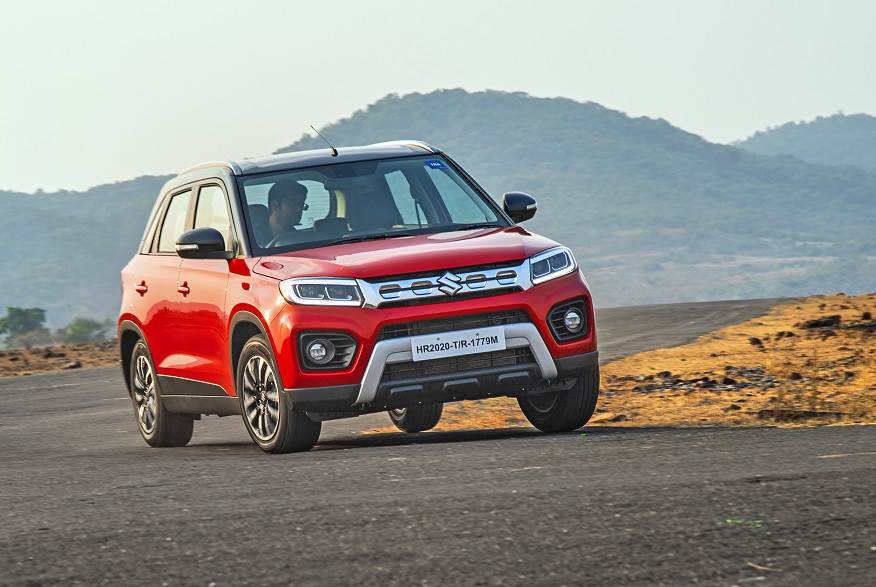 The Maruti Vitara Brezza gets an updated look for 2020. Sure, Maruti hasn’t tinkered with the compact SUV’s well-accepted squarish stance or made any sheet metal changes elsewhere either, but there are still enough details to distinguish Brezzas old and new. Up front, the grille sports a new four-slat design and there’s a thicker swathe of chrome too. Metal eyebrows add some sparkle to the familiar headlights but the bigger talking point is the upgrade to bright dual projector LED units, a first-in-segment feature. New LED daytime running lights that double as the indicators and LED fog lights are also part of the new lighting package. The front bumper has also been redone with new fog lamp enclosures and a larger scuff plate. 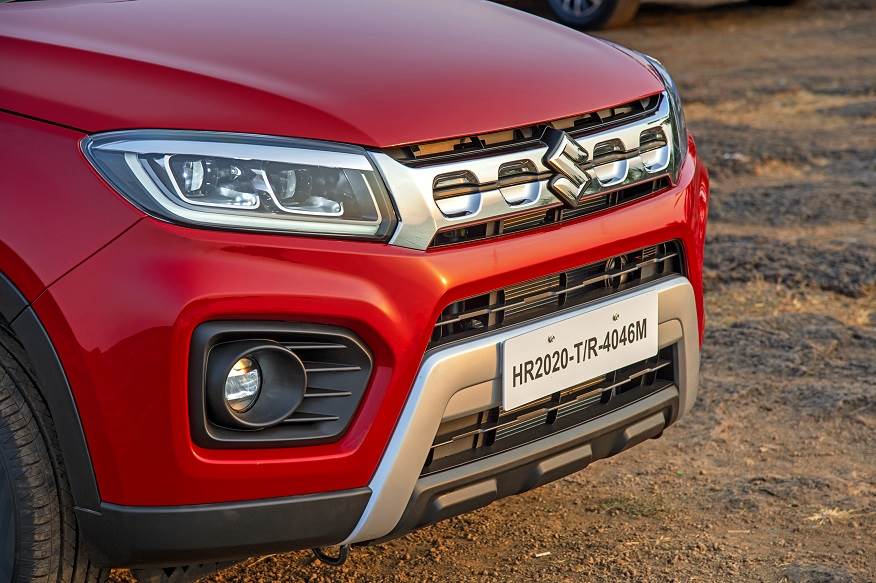 In profile, attractive new 16-inch precision cut alloy wheels are your only giveaway of this being the updated Brezza. LED elements for the revamped tail-lamps and a larger scuff plate for the rear bumper complete the makeover. Maruti has added to the Brezza’s colour palette with the introduction of attractive Torque Blue and Sizzling Red (featured here) paint schemes. Top-spec ZXi+ versions get a black contrast roof and there’s also the new option of an Autumn Orange roof scheme. Further, there’s lots of accessories to personalise your Vitara Brezza.

There aren't many changes to the Brezza’s interior. The simple but user-friendly dashboard has been retained, and the only real talking point is the incorporation of Maruti’s latest SmartPlay Studio touchscreen infotainment system. Touch responses are significantly better now, and the general layout of the menus is also easy enough to use on the go. There’s no eSIM-based connected tech but the system offers the option to use your phone’s internet connection to stream music, get weather updates, and even get restaurant suggestions. That Android Auto and Apple CarPlay are included will suffice for most, though. A unique detail on the Brezza automatic is an infographic on the MID of the hybrid system at work. 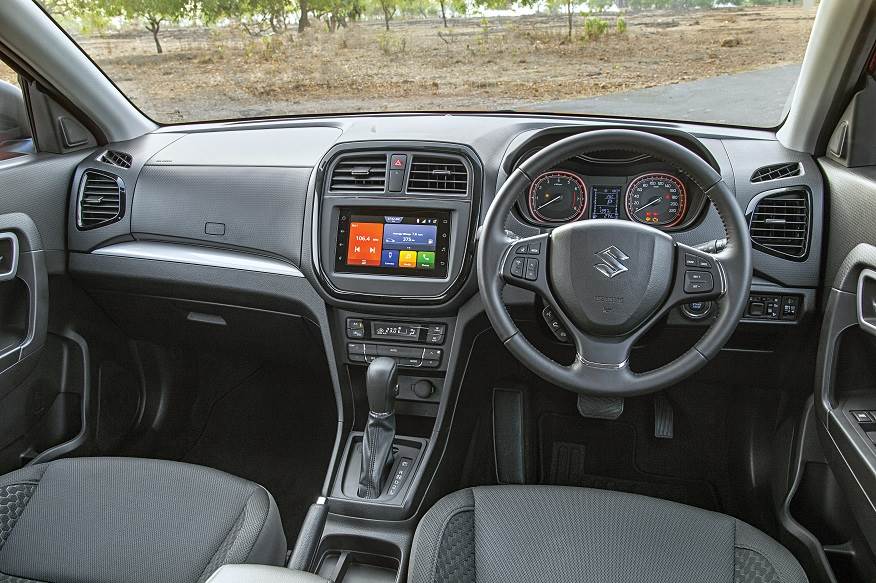 As before, access to the Brezza’s cabin is convenient while the relatively high-seating position and upright pillars give that all-important feel of driving an SUV. There’s plenty of room at the back and passengers will like the view out of the large windows too. A point to note on the automatic is that the lithium-ion battery’s position under the front passenger seat compromises foot space for the rear passenger. The boot is well shaped and should you need more space, there’s always the option to split the rear seat 60:40. 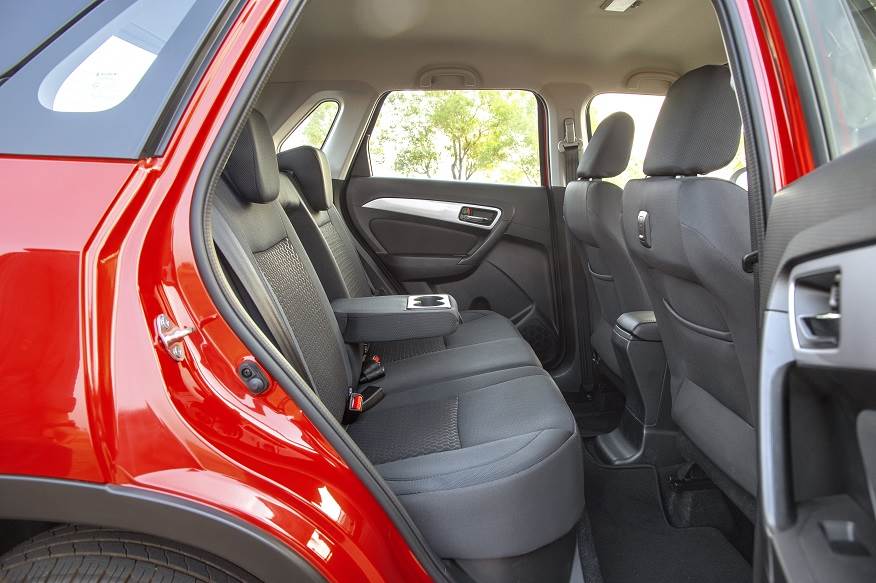 The Brezza manual is available in four trims while the Brezza automatic is available in all but base LXi form. While it’s reassuring to know that Global NCAP rated the Brezza at 4 stars on adult protection, Maruti should have added in more safety kit with the update. It gets dual airbags, ABS and Isofix child-seat mounts as standard. What’s nice is that LED lights are part of the package from the VXi trim up.

Maruti Suzuki Vitara Brezza petrol-manual prices start at Rs 7.34 lakh and top off at Rs 9.98 lakh. Brezza automatic prices range from Rs 9.75 lakh to Rs 11.40 lakh. While the Brezza’s prices are on par with those of rivals, it’s not as competitive as it ought to have been. The reason? The Brezza’s 1,462cc engine means Maruti’s compact SUV does not qualify for small car excise sops available to models with length under 4m and petrol engines with displacement under 1,200cc.

What the Vitara Brezza petrol lacks is novelty value. Yes, the facelift helps, but there’s a nagging feeling that Maruti missed a chance to up the cabin ambience and add in more features. It sticks too close to formula and doesn’t feel any more than the 2016 model rehashed for 2020.

Still, the Brezza petrol has its strengths. The engine is better than the power and torque numbers might lend you to believe, and refinement levels are far better than the noisy and clattery diesel’s. All said, the Maruti Suzuki Vitara Brezza petrol might not be a model that pulls at your heartstrings but it is practical, easy to live with and makes for an all-round sensible buy. And those are the reasons to be interested in one.