The BMW i3s is under consideration for an India launch. A drive in one tells us how it fits into the Indian scheme of things. 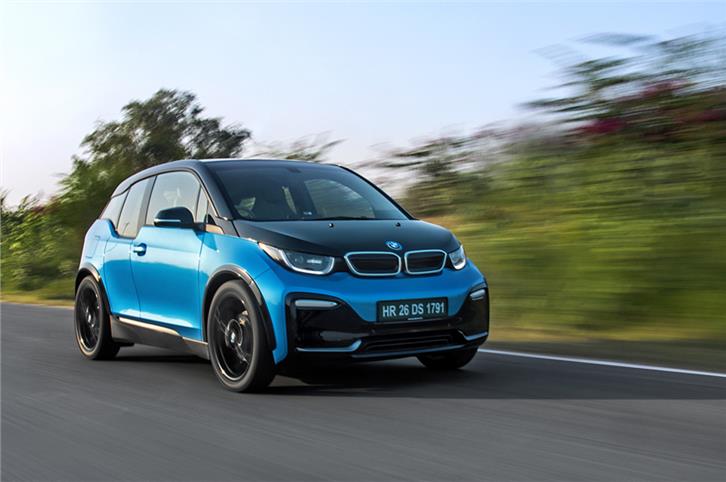 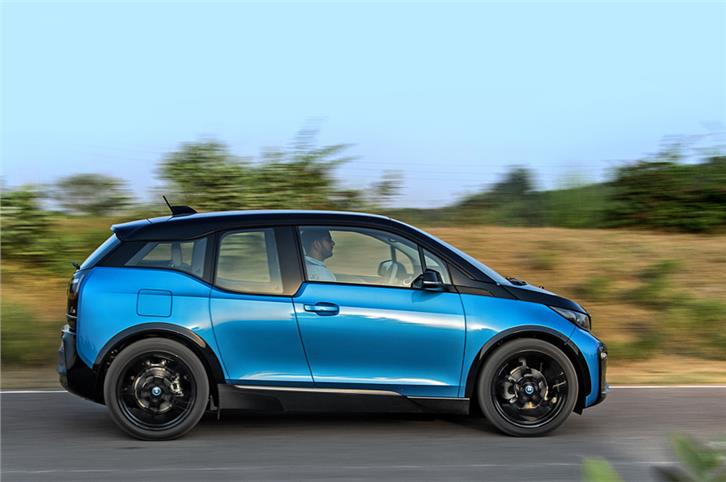 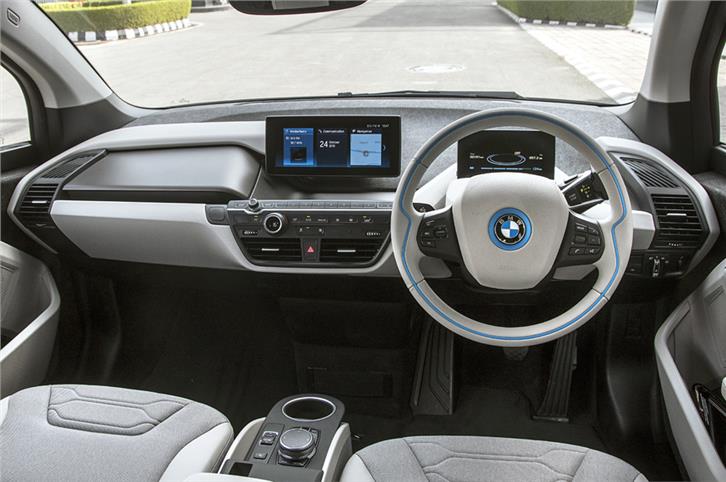 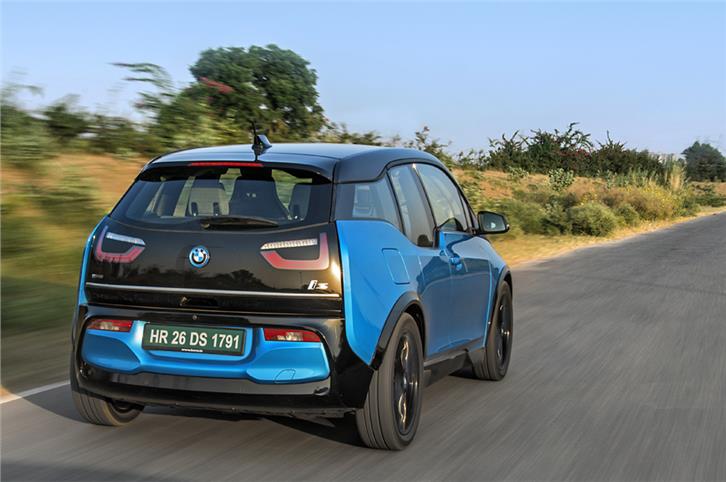 It's been five years since the i3 joined BMW's international line-up, yet it remains one of the most unique models to wear the propeller badge. Along with the i8 hybrid sportscar, the all-electric i3 constitutes BMW's 'i' sub-brand that's centred on sustainability and low emissions. The i3 is not on sale in India as yet but BMW has brought in a few units to serve as technology demonstrators to government bodies, and to gauge if there's indeed a market for a high-end electric hatchback as this.

The model with us is the i3s, a sportier version launched alongside the updated i3 last year. Range-extender variants that add in a two-cylinder engine – which solely acts as a generator to juice up the battery – is also an option on both versions abroad.

The i3 is far removed from BMW's combustion engine models in look. The silhouette is upright hatchback (it measures 3,999mm in length) but you just can't confuse the funky i3 for anything else.

The almost oversized wheels (they're 20 inchers!) and blacked-out bonnet, roof and tailgate (BMW calls it the 'i Black Belt') set the tone, and then there's the stepped window line that is such a departure from the norm. Of the other cool bits are the tail-lights that are recessed in the glass of the tailgate. But the coolest design elements of them all are the i3's doors. The front ones open conventionally while the back doors open rearwards à la the Rolls-Royce Phantom. And note, there's no B-pillar to spoil your view of the cabin or hinder access either.

The latter bit is possible because the i3's passenger cell is made of carbon-fibre reinforced plastics (CFRP) that's rigid enough to do without the need for added structural support. CFRP aside, the i3 makes liberal use of aluminium (on its bespoke skateboard chassis, for one) and plastics to keep weight to a minimum. In all, the i3's weighs 1,265kg, which is really impressive for an electric vehicle that is traditionally weighed down by heavy battery packs.

Just like its exterior, the i3's interior too is unlike any other BMW out there. And it's not only the minimalist design of the dash but also the materials used; the grain of the wood, the fabric on the seats and the fibre-like finish to the door inserts give the cabin an almost meditative vibe. BMW says over 80 percent of the materials visible to occupants are made from recycled materials or renewable resources. PETA sure would approve of this cabin.

Up front, the i3 feels really airy. You sit at a nice height, the glass area is large and then there's the floating dash that accentuates the feeling of space. The controls for the free-standing centre screen (not a touchscreen) sit between the front seats but what's unique to the i3 is a drum-like gear selector (D, N, R, P only, mind you) behind the steering wheel.

The rear seats score fine on comfort but there are a few quirks. To begin with, the rear door cannot open independently of the front door, so the chauffeur-driven won't make the most elegant of exits at hotel porches. Also, while the rear windows are large and afford a good view out, they are fixed and cannot be rolled down.

The i3 is a city car, so the 260 litres of boot space is acceptable. There's a storage bay under the bonnet too but a small shopping bag is all it'll take.

The BMW i3s is powered by a 184hp (14hp up on the standard i3) electric motor that draws power from a 33kWh lithium-ion battery pack placed under the passenger compartment. The rear-mounted motor drives the rear wheels via a single-speed gearbox.

Electric motors produce max torque from the word go but the i3s feels particularly zippy. BMW claims a 0-100kph time of 6.9second and the seat-of-the-pants feel is that it really is that quick. It's just unusual to be in a quick BMW without any sound from the exhaust.

There are four driving modes – Sport, Comfort, Eco Pro and Eco Pro + – each with their own power and steering characteristics. The good thing is that the i3s doesn't drive like an insipid electric car. It's quite nice in the corners thanks to the light yet precise steering and fair body control. This may not be the BMW to go hooning about in but it sure can liven up the mundane city commute. Speaking of which, the i3s does the daily grind well. We drove it through rush-hour Gurgaon traffic and liked the i3 for its power, pep and silent progress.

That said, range anxiety does kick in out on the highway. The i3 has a claimed range of 200km and driving with verve has the numbers on the range indicator drop quite quickly. A full charge is also a long-drawn process – it takes upwards of 10 hours. Regen braking does help top up the battery on the go, but for max range, Eco Pro+ is the mode to be in. Among other measures to help the i3s go the distance, it also switches the air-con off.

The question really is, would you buy one? Assuming BMW does think it's worth bringing the i3s to India, the punitive duty structure would put the price tag upwards of Rs 50 lakh. Sure, it has the green credentials and is actually quite nice to drive too, but, at the end of the day, a similar-priced 5-series, for instance, would give you much more car and thrills for the money. And let's not even get into the matter of the inadequate public charging infrastructure.

In all, this is a BMW with its heart in the right place. It's just that India is not the place for the i3s.