The Altis gets cosmetic and functional changes to bring it up to speed with the competition, but is it enough to keep it on top in its segment? 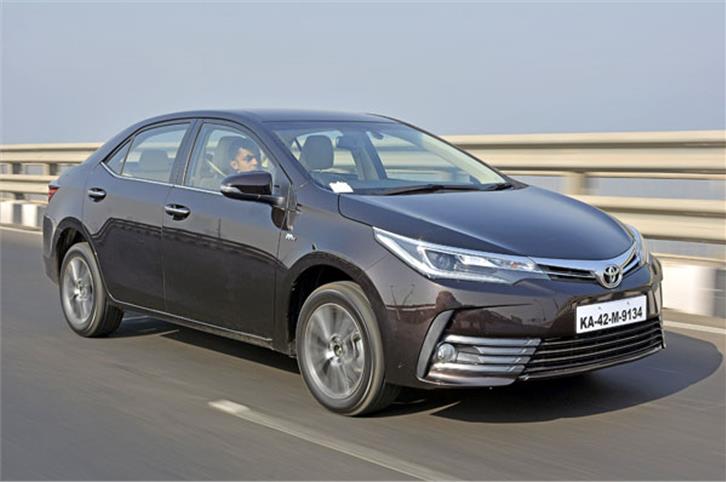 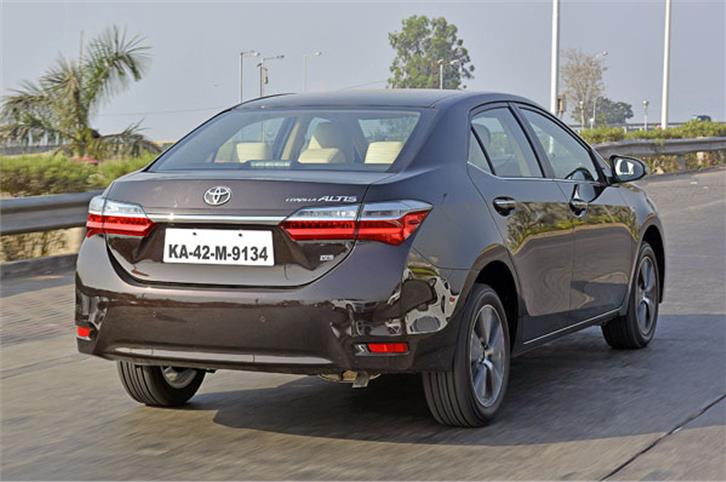 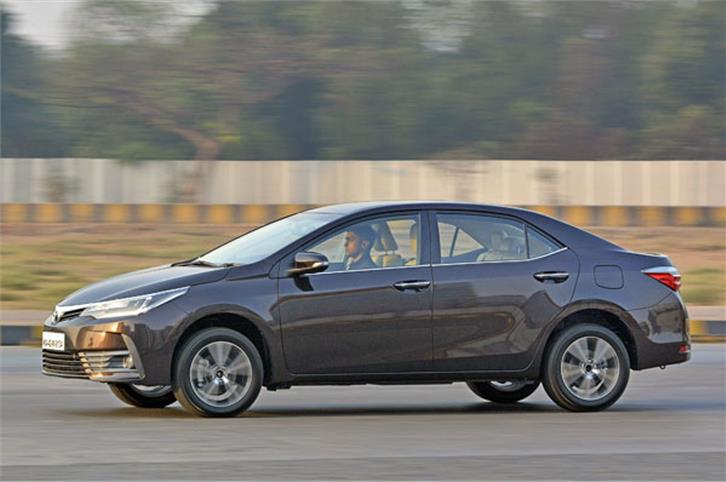 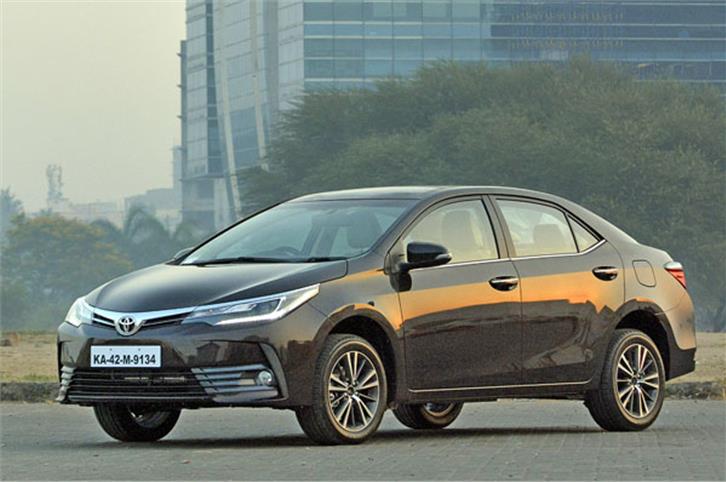 There was a time when the Toyota Corolla Altis was the king of the executive sedan segment. Of late, though, this status is under pressure, with rivals like the new Hyundai Elantra and the Skoda Octavia earnestly fighting for a larger piece of the pie. To keep up with its fierce competition, the Altis has gone and gotten itself a light nip and tuck.

To be honest, the changes are not really extensive; in fact, the untrained eye might even miss them entirely at first. The biggest change is in the car’s face: the grille, headlights and front bumper are new. Keeping in line with the design language we’ve seen on the new Fortuner, the grille is thinner and narrower, and the headlights are longer and slimmer too, almost as if someone pinched those at the edges and pulled them outwards. There’s also less chrome in the nose, and even the shiny strip on the boot is slimmer; an unexpected but welcome change. The car is unchanged in profile, and the only change round the back is differently detailed tail-lights. 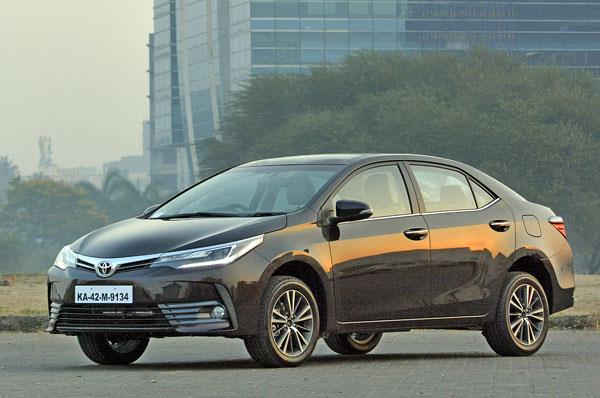 The headlights and tail-lights now feature LEDs. The headlights are bi-beam LEDs and do a brilliant job of lighting up the road. They are so powerful, in fact, that almost everyone I flashed at moved aside to let me overtake without any horn-blaring involved.

Changes on the inside are not extensive either. While the general layout of the dash is unchanged, the central console’s design has been altered slightly, more soft-touch surfaces introduced, some materials improved, a new touchscreen infotainment system with a larger screen introduced, and the air-con controls changed entirely, replacing the traditional button-and-rotary-controller setup with a sleeker button-and-rocker setup. Other changes include new circular side aircon vents, new steering-mounted controls, and the replacement of the rear 12V socket with two USB ports. On the whole, the cabin ambience has improved a fair amount.

The new infotainment system is a considerable improvement over the previous one, featuring a responsive touchscreen, navigation, voice recognition and MirrorLink connectivity. It is not as sophisticated as the system seen in the Innova Crysta, but it is satisfactorily functional, nevertheless. The infotainment system also rates you on how economical your driving is, telling you what you could change to make your driving greener. 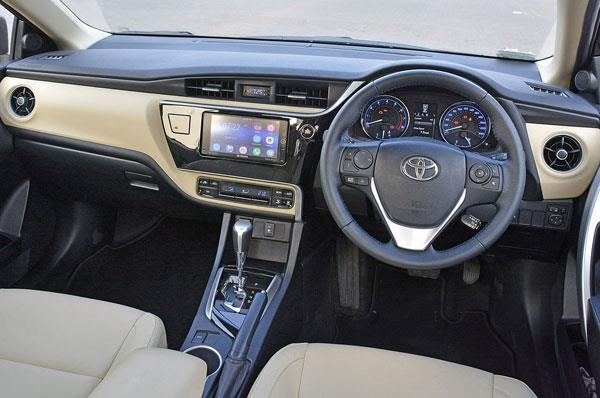 Other equipment on this top-spec VL trim includes an electrically-adjustable driver’s seat with adjustable lumbar support, cruise control, automatic headlamps and wipers, auto-dimming rear-view mirror, electrically-folding and adjustable wing mirrors that tilt down automatically when the car is slotted into reverse and a rear-view camera. Also worth a mention is the air-conditioning: even without rear AC blowers and with the sultry Mumbai heat outside, it does a fantastic job of cooling the cabin.

The Altis then, in terms of equipment, now stacks up much better compared to its competition. However, it still misses out on equipment that its rival(s) get, such as a sunroof, two-zone climate control, ventilated seats and front parking sensors, and convenience features like one-touch lane-change indicators that are standard on cars several segments lower.

The seats, front and back, continue to be comfortable. Legroom in the back is generous and the rear seats can be reclined, though their bucket-like contouring renders the Altis best suited for just four passengers. The rear seats can be flipped down in 40:60 ratio to expand the 470-litre boot.

In terms of safety, the variant pictured here comes with seven airbags, ABS, EBD, brake assist, and vehicle stability control. We appreciate that Toyota has increased the number of airbags from two to seven, considering how critical they are to passenger safety.