Is the petrol variant of the new 5-series as accomplished an all-round luxury car as its diesel counterparts? 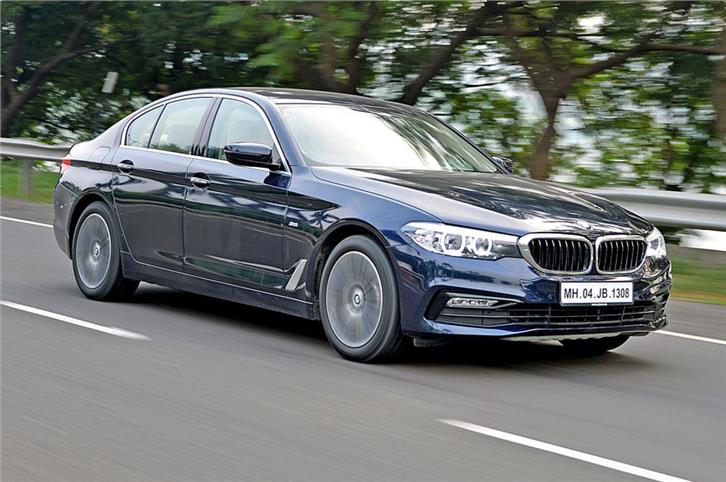 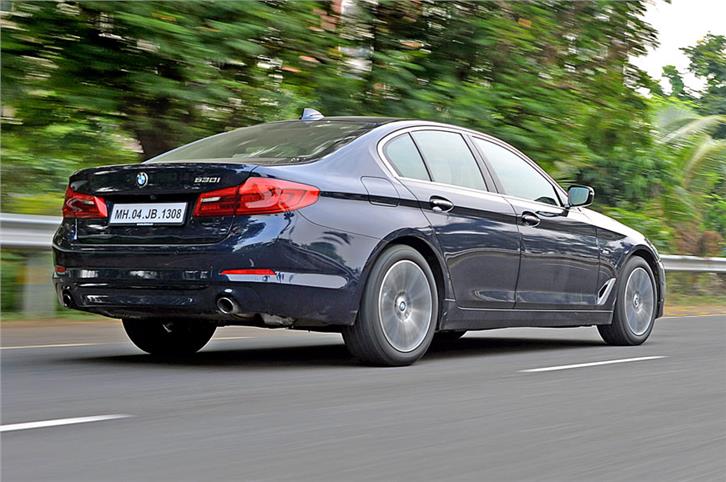 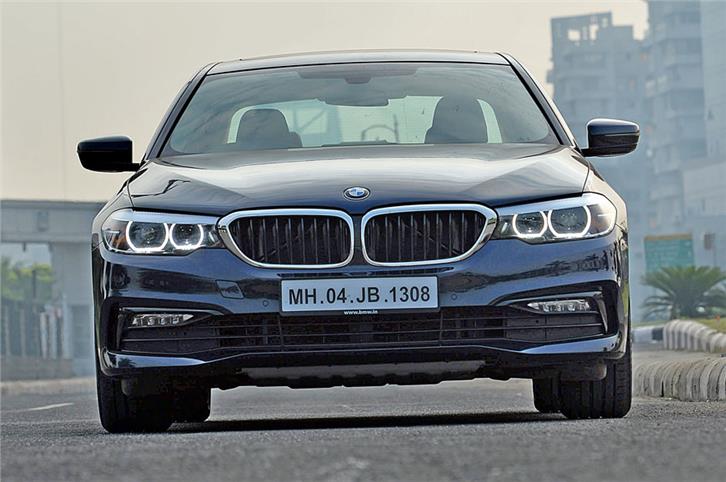 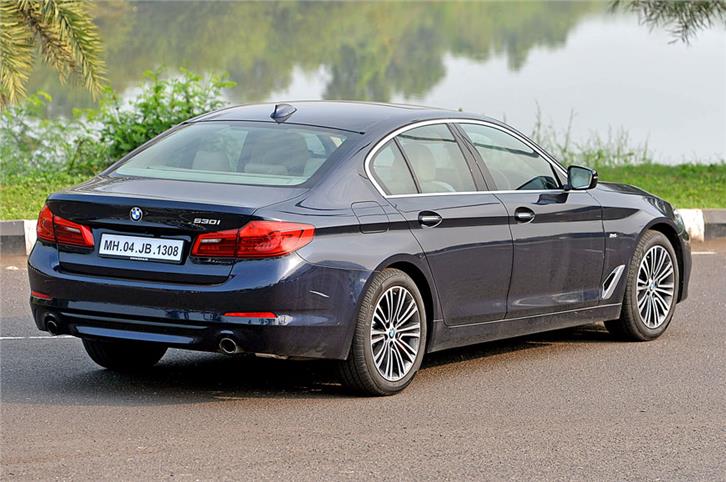 What is it?
This, for now, is the sole petrol-powered variant of the new ‘G30’ 5-series until the M5 sports sedan comes along, or unless BMW decides to bring the six-cylinder 540i to India. And on the tangent of cylinders, the first 5-series to come to India, the E60, also had a variant called the 530i, but that used a 3.0-litre naturally aspirated straight-six, as the name suggests. This new 530i gets a turbocharged 2.0-litre four-cylinder engine, which it shares with the 3-series sedan and the GT, and let’s face it, the days of the high-revving, naturally aspirated straight-six are long gone, so there’s no point lamenting the downsizing.

It’s not just the engine though, but also the trim level. BMW offers the 530i in only the base Sport Line variant, and you can identify that immediately by the paucity of chrome on the exterior (most of it has been replaced by a glossy black finish), the different design for the 18-inch wheels, and the fact that the headlights have gone from adaptive full-LED units, to more basic semi-LED units. In fact, the headlights make a big difference as they use a far simpler interpretation of BMW’s ‘corona ring’ DRL signature that makes this look like the last-gen 5-series, rather than an all-new one.

Some equipment has been lost from the mid-range Luxury Line spec too. This includes the separate climate control zones for the rear, the touch-sensitive AC controls at the front, keyless entry, the Harman Kardon hi-fi sound system, the 360-degree cameras, the hands-free parking assistant and wireless phone charging. And though you still get the touch-sensitive ‘Display Key’ fob, it no longer has the cool remote parking feature. Finally, the front seats are actually a step up from the basic ones in the Luxury Line, offering side bolster adjustment. But there’s still no lumbar support adjustment and they’re nowhere near as comfortable as the ‘Comfort’ seats in the M-sport variant. You still get kit like a sunroof, the excellent iDrive touchscreen with gesture controls, a digital instrument cluster and dynamic dampers though.

What’s it like to drive?
Whereas in the 3-series, this ‘30i’ is the more powerful range-topping engine, here in the 5-series, it’s just the basic petrol engine, and that’s sort of how it feels. It’s not just that this is a bigger, heavier car for the same 252hp and 350Nm of torque to move around, but also the fact that it’s more refined than the 3-series that changes the way it feels. The gearbox – though being the same eight-speed ZF unit as the 3-series – seems to have been improved here too. It’s smoother and less intrusive, and does a much better job of masking the window of lag you get below 2,000rpm with this motor. This, however, is a problem restricted to stop-and-go traffic, as once you’re on the move, the 530i feels adequately powerful. The hit of power in the mid-range isn’t quite as forceful as you might like, but it’s certainly there; it’s just very well masked. It’s also very refined, and even when you rev it out, the noise it makes is far from loud or unpleasant. And even at high speeds, though it’s not quite as effortless as a six-cylinder motor would have been, most won’t be left wanting for more power.

In the dynamics department, the 530i doesn’t feel too different from the 520d and that’s a big improvement from the previous-gen ‘F10’ 5-series, but it’s not quite the sharp sports sedan like the earlier generations (like the aforementioned E60) used to be. The steering here feels ever so slightly looser than in the diesel cars too, probably owing to the lighter weight over the front wheels, but it’s still very direct and weighs up nicely as you cycle through the driving modes. It’s great that even this base model 5-series gets dynamic dampers, and though their effect is subtle, they work when you need them the most; the tauter Sport setting is great at keeping body movements in check when you’re driving hard or even when you’re cruising at high speeds. Overall, the car rides really well too.

Should I buy one?
At Rs 52 lakh (ex-showroom), the 530i Sport Line costs exactly as much as the 520d Sport Line, so for once, spec for spec, there’s no price disparity between petrol and diesel. Mechanically, it feels perfectly sound, if not as thrilling as you might think a car with the ‘530i’ badge should be (that position now belongs to the 540i). The performance is all there, but it doesn’t feel electrifying. It gets the job of the ‘token petrol variant’ done, notably on the refinement front, but the diesel motors these days do that pretty well too. The biggest disappointment though is BMW’s decision to not offer the 530i in higher trim levels, as the high level of tech was something we loved about the higher-spec cars. Let’s hope they add more trim levels for this motor in the future. And while you’re at it, BMW, how about that 540i?