We take a close look at the updated 2015 Swift Dzire compact sedan. 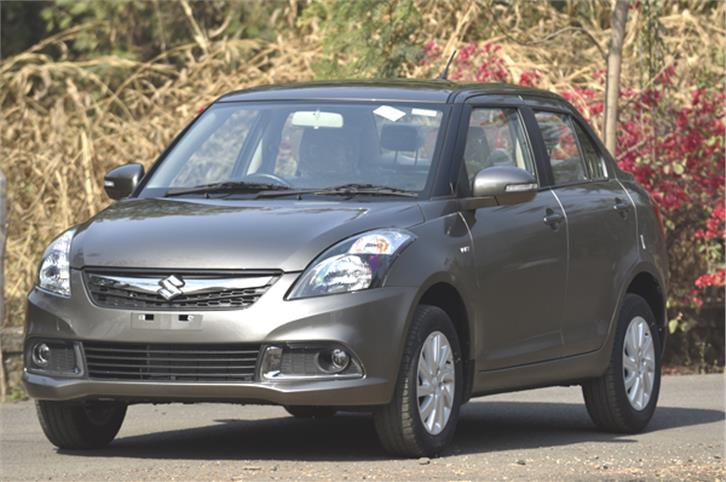 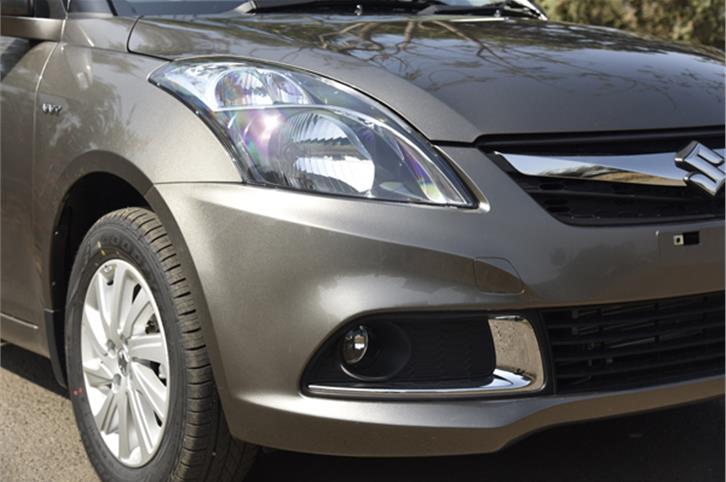 The second-generation Swift Dzire compact sedan was launched way back in February 2012. Three years down the line, the popular compact sedan segment has seen many new entrants, such as the Honda Amaze, Hyundai Xcent and Mahindra Verito Vibe. This year, two more models – the new Ford Figo compact sedan and the Tata Kite compact sedan – will arrive in our showrooms. To keep itself in the game, Maruti has now launched the updated Swift Dzire.

Like the Swift hatchback, Maruti has decided to play it safe with the Dzire’s exterior styling. The updated compact sedan’s front bumper is all-new, and now comes with a larger air dam.There are chrome accents on the sides around the fog lamp housings, while the grille now sports honeycomb styling and a thick chrome bar on the top.

Moving on to the sides, the alloy wheels on the top variants get an all-new design, while the lower variants get restyled wheel caps. Maruti has added new paint shades to the updated Swift Dzire’s line-up. It also gets new seat fabrics. The new Lxi (O) variant comes with all the equipment on offer in the base LXi trim, and additionally gets front power windows and remote locking.

The updated Swift Dzire VDi and VXi now come with the same audio player as the Z trims,barring the Bluetooth function. It also gets electrically folding wing mirrors as standard. The top-spec trims of the updated Dzire get additions such as remote locking with push-button start, Bluetooth for the audio player and rear parking sensors. The top trims come withautomatic climate control while others do with a manual AC. Also standard in the top two trims is a 12V accessory socket for the rear passenger.

As far as safety features go, the Dzire VDi, ZDi and ZXi now come with ABS and EBD while the ZXi and ZDi come with dual front airbags.