It's a sensible hatch that’s big on space and practicality. 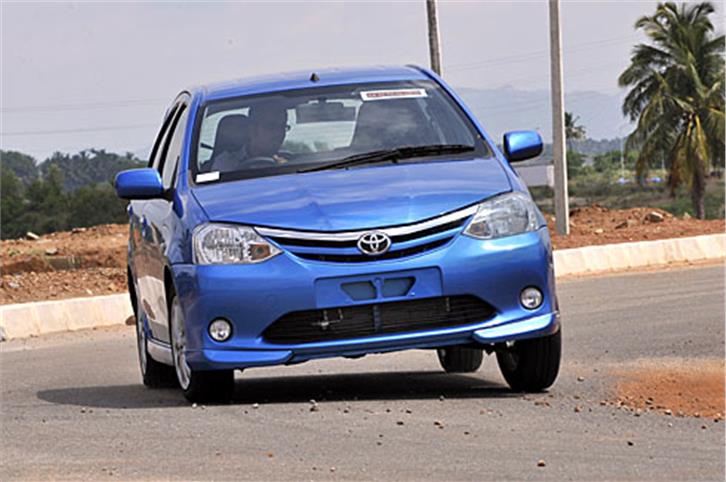 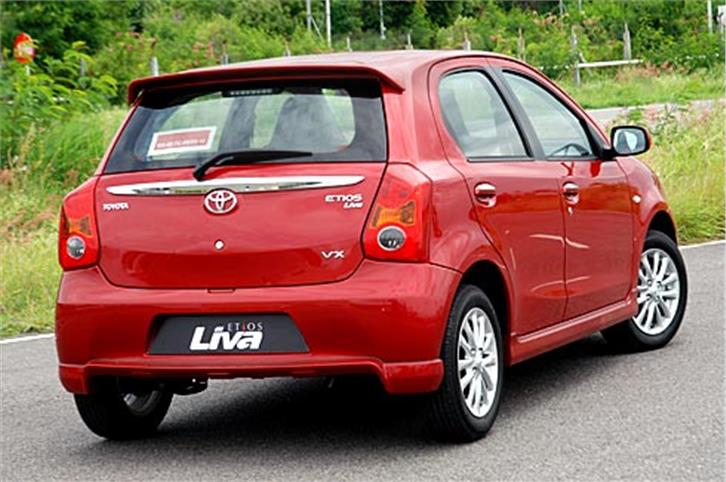 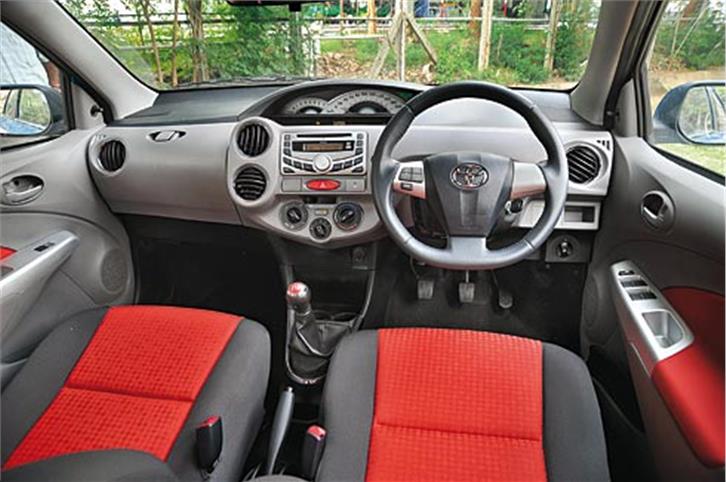 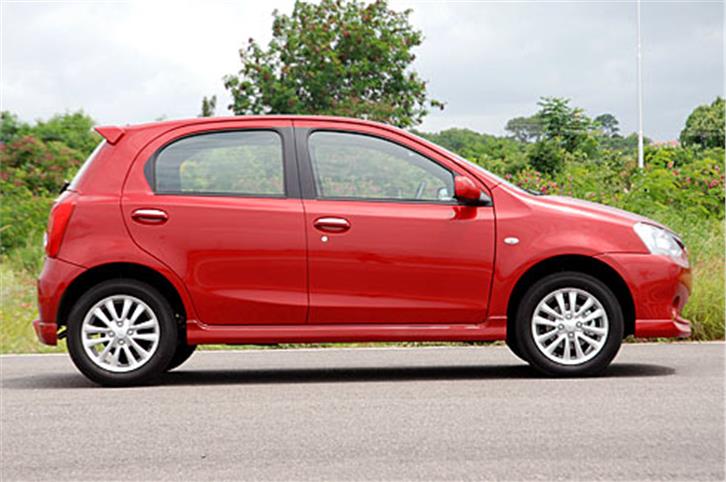 The made-for-India Etios Liva marks Toyota’s much-awaited foray into the hotly contested Indian small car segment where price and affordability are crucial. The cheapest Toyota yet will be up against some very capable rivals and hot sellers like the Ford Figo, Hyundai i20 and the reigning king of the segment — the Maruti Swift.

The Liva is already a familiar face before it hits the road sometime later this month. It looks identical to its Etios saloon sibling till just after the B-pillar and this means no radical lines and conservative styling. Though the Liva’s design lacks the dynamism of a modern Honda or Hyundai, there are lots of nice touches which add a bit of flair.  The top-of-the-line VX variant comes with a chin spoiler, side skirts and a roof spoiler. We liked the upswept crease on the lower portion of the doors and the way the waistline broadens as it approaches the stylish wraparound tail-lights. Other interesting details include the slight kink in the small headlights at the point they meet the large smiling grille and a ‘power’ bulge on the bonnet which is a sporty touch.

There’s no doubt that the Liva looks best when seen from the rear three-quarter angle where the wel- defined shoulders and chunky C-pillars add considerable muscle to the design.

Viewed from the side, the Liva looks a whole lot better than the Etios saloon. The massive boot of the saloon is replaced by a short rear overhang that gives the Liva a nice, well-proportioned silhouette. The large 15-inch wheels on the higher V and VX variants (lower J and G versions get 14-inchers) add to the car’s balanced stance. Roving eyes will also lock on to the ribbed roof which, like on the Etios, is one of the Liva’s many rigidity-enhancing and weight-saving measures.

As with all Toyotas, fit and finish is good and the paint quality is pretty good roo. However, you can’t escape the feeling of being in a car that is very light and built to strict cost targets, the hollow sound of the door-shut making this most apparent. However, with a kerb weight of only 920kg, the Liva is the lightest hatch in its class - a good thing.

Get into the Liva and you are greeted by midsize car-rivalling interior space. Getting in and out is easy, thanks to the large and wide-opening doors, and there is genuine space for five adults in the cabin. The front seats, which are identical to those in the saloon, have decent cushioning and superb lower back support. But again, they are only mildly contoured so lateral support isn’t all that great.  The rear seat itself is generous with decent under-thigh support and a near-perfect backrest angle but the flat design, the tiny, fixed headrests and lack of generous contours make you feel like you are sitting on a bench.

Open the hatch and you get a decent 251 litres of space. You do have the option to fold down the rear bench but there is no split.

The Liva’s dashboard is carried over from the saloon, so it gets centrally mounted instruments that are easy to read despite their unconventional placement. Along with seven bottle and cupholders, there is the cavernous 13-litre glovebox that also comes with air-conditioning to keep those drinks cool. The ergonomics inside the cabin are good and everything has been well thought out. The quality of plastics is the same as in the Etios, which means they don’t look or feel great, except for the brushed finish on the top of the dash. The chunky flat-bottomed steering wheel has a good grip and comes with controls for the CD player in VX trim.

Liva’s light kerb weight plays its part in the performance department. Its 920kg kerb weight and 79bhp of power equate to a power-to-weight ratio of 85.8bhp per tonne, which is actually the best among the 1.2-litre hatchback brigade. Performance is at par with the competition but the Liva doesn’t feel as quick as the acceleration figures suggest. That’s because Toyota has tuned the Liva’s twin-cam, 1197cc engine for fuel economy rather than pep. The hatch is slow off the line and it’s only after 2000rpm that progress quickens. The engine gets more vocal at this point but don’t expect fireworks thereafter either. Power builds decently till 4000rpm and then tapers off once again into a meek top end. The low-end grunt isn’t that impressive either.

Built from the same block as the Etios’ 1.5-litre motor, the Liva’s smaller 1.2 engine shares the same 72.5mm bore and hence the reduction in capacity is achieved by considerably shortening the stroke (which is also 72.5mm).  The Liva’s part-throttle response is pretty good and with small throttle inputs, the hatch feels lively. Adding to the Liva’s user-friendly appeal are the smooth-shifting gearbox, light clutch and effortless steering. There is some whine from the transmission and a fair amount of road noise that filters through the cabin as well.

The ride quality in general is good and it’s on the broken patch that the Liva feels impressive. It simply coasts over potholes though you can hear the suspension working hard, especially at the rear. The Liva is sprung on the firm side, so it does get a bit jiggly at low speeds on an uneven stretch. However, the stiff suspension and generous ground clearance (170mm) allow you to confidently tackle speedbreakers or drop two wheels off the road.

The Liva is a city car first which is why buyers will really take to its light electrically assisted steering. As on the Etios sibling, there are more turns lock-to-lock than usual but this doesn’t take much time getting used to. It is only when cornering hard that you really wish the steering was faster.

Overall, the road behaviour of the Liva, though not exciting, is safe and predictable. Save for the base J variant, ABS with EBD can be had on the G version and comes standard on the higher V and VX variants.

The Liva is a very competent city runabout which offers everything a typical small car buyer wants - superb space inside, light controls, good ride quality and decent equipment levels. But where the lightweight Liva will certainly shine is in fuel economy which, perhaps, will be among its biggest strengths. The ARAI-tested mileage of 18.3kpl is the best in class.

The car will be officially launched later this month and we expect the prices to be in the range of Rs 4-5 lakh, which places it in the heart of the small car segment.