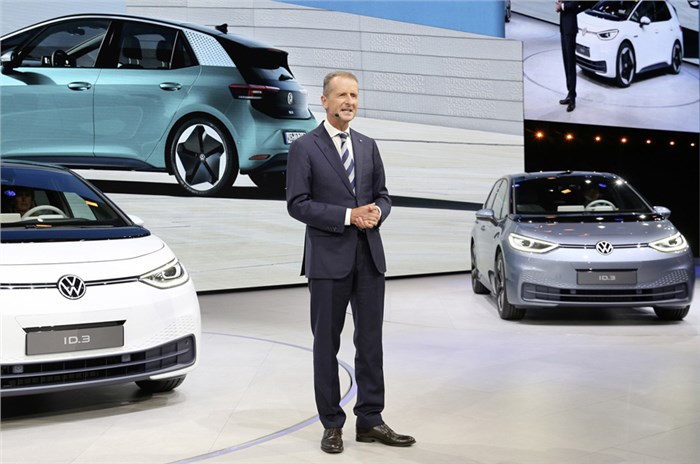 Volkswagen Group CEO Herbert Diess is one of many executives – both current and former – from the company to have been accused of stock market manipulation in relation to the Dieselgate scandal by German prosecutors.

The prosecutor’s office in Braunschweig has filed criminal charges against Diess, chairman of the Supervisory Board Hans Dieter Pötsch, and former CEO Martin Winterkorn. They have been charged with intentionally failing to inform investors in time about the financial impact of the scandal. By doing so, they improperly influenced the share price of the company. The charges follow an investigation by BaFin, Germany’s independent financial regulatory authority.

Lawyers representing Diess told Reuters that he will keep his role as Volkswagen's CEO and defend himself with “all legal means”. They said that Diess joined the firm only in July 2015, and it was therefore not possible for him to foresee that the diesel issues would have financial consequences that would affect capital markets.

Winterkorn was Volkswagen's CEO when the scandal broke and resigned soon after. He has since claimed that he wasn't informed of diesel emission manipulation measures any earlier than Volkswagen has officially admitted.

However, documents from a meeting attended by Diess, Pötsch and Winterkorn on July 27, 2015 allegedly prove that the three discussed when to inform US authorities about the diesel emissions test manipulation measures, well ahead of the official announcement made by Volkswagen on September 22, 2015. Volkswagen’s share price lost up to 37 percent of its value in the week the scandal went public.

Pötsch was the firm’s chief financial officer before becoming chairman of the supervisory board in 2015.

Legal proceedings are already underway in connection to Volkswagen’s admission in 2015 to developing and using illegal engine control software to alter the outcome of diesel emissions tests.
Volkswagen is estimated to have spent around £26 billion (about Rs 23 lakh crore) on fines, settlements and other expenses related to Dieselgate so far, with several court cases relating to the scandal still ongoing.

In a statement, VW board member responsible for integrity and legal afffairs Hiltrud Dorothea Werner said “Today, the Braunschweig Public Prosecutor’s Office informed Volkswagen AG of the charges against the company and individual defendants in proceedings under the Securities Trading Act. The company has meticulously investigated this matter with the help of internal and external legal experts for almost four years. The result is clear: the allegations are groundless.

"Volkswagen AG therefore remains confident that it has fulfilled all its reporting obligations under capital markets law. If there is a trial, we are confident that the allegations will prove to be unfounded. Furthermore, the presumption of innocence applies until proven otherwise.”